Christian Ponder Doesn’t View 2012 as a Rebuilding Year in Minnesota, Expects the Offense to be “A Lot Better”

Christian Ponder is coming off a rocky rookie season in Minnesota during which he performed at a level somewhere in the wide range that separated offensive rookie of the year Cam Newton and punch line Blaine Gabbert. But the Vikings won only three games and Ponder had as many interceptions as touchdown passes. That means the 25-year-old former Florida State star will likely have to make dramatic improvements to keep a grip on the starting job beyond A lot of questions surround Ponder and his teammates, but it appears confidence isn’t much of a problem in the Twin Cities.Christian Ponder joined Judd and Phunn on 1500 ESPN in Minnesota to discuss his offseason, what he’s looking to improve on and the pressure he’s facing. He looked ahead to this week’s NFL draft, and made some confident predictions about what’s to come in 2012. Finally, he addressed the stadium issue that could conceivably force him and his teammates to change addresses in the not-so-distant future. 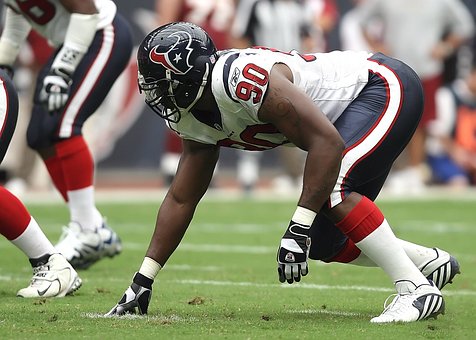 On his offseason thus far:

“Well I kinda took the whole month of January off and hung around Minneapolis and really sat on the couch and watched a lot of TV and played some video games — that was about it. And then kinda eased into it in February, getting back into the weight room and working out and slowly getting my body back into it. And then I took off for Miami in early March, I guess the middle of March. When I was talking to a lot of veteran guys, they’re like, ‘You don’t wanna start doing a lot of stuff too early and you just want your body to rest and recover.’ And especially mentally as well. I mean, your rookie year is long. And with the lockout being a little bit different last year, it was a pretty long mental grind.”

On what he’s trying to improve at this offseason:

“Well, I think number one is to continue to develop my leadership for this year. And now having that full season under my belt, and not having to have that rookie label on me anymore, I think it’s gonna make it a lot easier for me to really grasp that leadership position. But also still develop chemistry with the guys and especially the receivers — working on our routes and stuff, which we can do.”

If there’s more  pressure on him this year than there was last year, or vice versa:

“I think there’s almost less pressure this year. I think, obviously being through it and knowing what it takes to be successful. I mean, there’s still obviously a lot of pressure and there’s a lot of things that I need to improve upon, I realize that. But now being through it — in previous years, the second year I started in high school and the second year I started in college were so much better because I went through those challenges and learned so much from them.”

If he’s eager for the Vikings to draft offensive tackle Matt Kalil to protect his blind side:

“I know who’s out there, and especially with the early picks, you hear a bunch of guys being talked about. And I’ve seen ‘em play and everything. But again, I trust Rick Spielman’s gonna make the right decision. I mean, obviously he picked me No. 1 last year so he’s a genius (laughs). But no, he’s gonna make the right decisions and we’re just gonna get that much better with the new guys that come in.”

On how the offense will be different this year:

“I don’t think schematically it’s gonna be that much different. I think it’s just gonna be a lot better. Like you said, we kinda threw things together because of the lockout last minute. We had a new offensive coordinator with no time to learn anything — was different. So now we just have the full offseason to learn things and I know coach (Bill) Musgrave and the coaches have gone back and watched a lot of film to see what we can do better. There’ll be some changes but the base of the offense is still gonna stay the same, we’re just gonna perform it better.”

“Well, we don’t see it as a rebuilding year. Our expectations are always to go out and win the NFC North and fight for a Super Bowl championship. We know that we have a lot of good guys on this team, and we didn’t perform very well last year. We got a lot of guys that need to step up, we know that — including myself. But we know that if you have that mindset that we’re going into it all, ‘This is a rebuilding year, we’re not gonna win many games,’ you’ve already lost, you’re not gonna win any games. So we expect to go out and compete and win a lot of games next year and be competitive to get in the playoffs and get to a Super Bowl.”

On if competing in 2012 is realistic:

“I think so. I mean, look three years ago, we were in the NFC championship game and it turned around that quickly the other way. So I think we can turn it around. I think a lot of it has to do with my play. I think if I play well then things will build off of me, and I realize that. And yeah, that’s a lot of pressure on me, but I’m willing to do it. We’ll see. I think we did get some good guys through free agency and we’ll get a lot of good guys in the draft, and we’ll see how it goes.”

On the increasingly realistic possibility that the Vikings could leave Minnesota:

“It’s crazy, honestly. I try not to pay attention to it — the news changes every day. So, I kinda have full confidence that the people here won’t let the Vikings leave. I mean, obviously we know how important the franchise is to Minnesota, and we love being here. We’ll see what happens, but that’s kinda out of our control. That’s not what we’re really worried about — we’re more worried about winning games.”