At least when Tim Tebow starts for the Denver Broncos on Sunday he’s already got a few starts under his belt — though not this season — and will be starting in a friendly environment in Florida. Christian Ponder has a homefield crowd on his side, but he’ll be thrown into the fire when he gets his first career start for the Minnesota Vikings against the Super Bowl champion Green Bay Packers.Ponder had never even really practiced with the first-team offense until this week, but says he’s excited for his first start, that he wants to be successful and that he’s going in looking for a victory. Good luck with that.Christian Ponder joined KFAN in Minneapolis with Paul Allen to discuss his nerves entering his first start, what it was like to get his first playing time, how it was going against the Bears defense, practicing with the first-team offense, his expectations heading into Sunday, how he thinks the Packers will attack him, why quarterbacks have been throwing for 300 yards against Green Bay and if he has to be careful of trying to do too much. 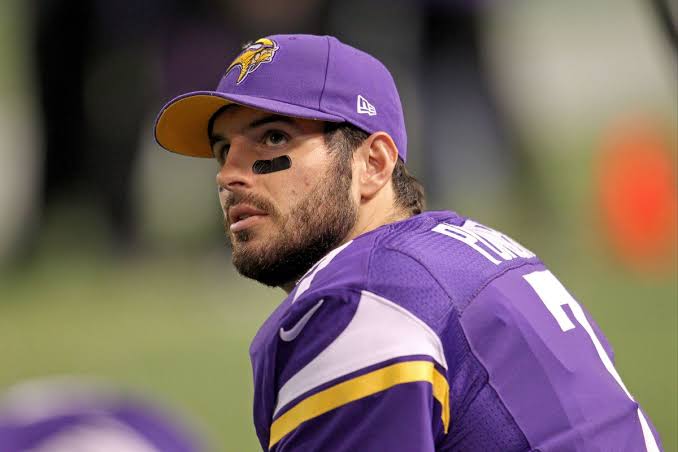 Are you nervous at all?:

“No. I’ll probably definitely have some butterflies come gameday, but no, I’m more excited than anything.”

What about when you got called to action last weekend?:

What was it like going against the Bears defense?:

“It was pretty cool. You think you’re in the fourth quarter and you’re up by that much, that they’d just drop back and be in max coverage, but no, they were still bringing blitz, which was good for me to get that practice and get those reps against those guys.”

How fast has all of this been coming at you seeing as you weren’t really getting any reps with the first team before this week?:

“In previous weeks, I got very few reps, but I got some, which is more than others. … I was fortunate enough to get a few. Going in, getting all the reps has been good for me and they’re not changing any of the gameplan, not trying to limit any of it on me. I feel like I’m very comfortable in the offense and we’re trying to not change any of the offense if Donovan was in.”

On expectations heading into his first start and it coming against the Green Bay Packers:

How do you expect Green Bay to attack you?:

Quarterbacks have passed for 300 or more yards five of six times against the Packers this year. Where are the breakdowns?:

“I think it goes back to them playing single coverage, a lot of man. When they do that, they’re vulnerable for big plays and people just took advantage of it.”

Do you have to be careful of trying to do too much?:

“No, I don’t think so. I want to be really successful, but I’m kind of a patient guy, where I’ll take what they give me. Whether that’s short passes and eventually work up to a big play or hand it off to Adrian, I don’t care.”