Fantasy players know the story better than anyone. Teams are so concerned about winning in the post-season that they are willing to sit all of their best players in lieu of winning. This has been happening in the NFL for as long as I can remember, but has just recently become more prevalent and more of a concern in the NBA. Just this season, the Cleveland Cavaliers held a “Fan Appreciation Night” in which the game’s biggest star – LeBron James – sat out despite being healthy and never having any significant health concerns in his entire career.Say what you will about the strategy, but what does this say about the player? Is this spitting Cal Ripken Jr.’s face or just smart?One of the media outlets that I worked for briefly used the tagline, “We Play Mind Games.” 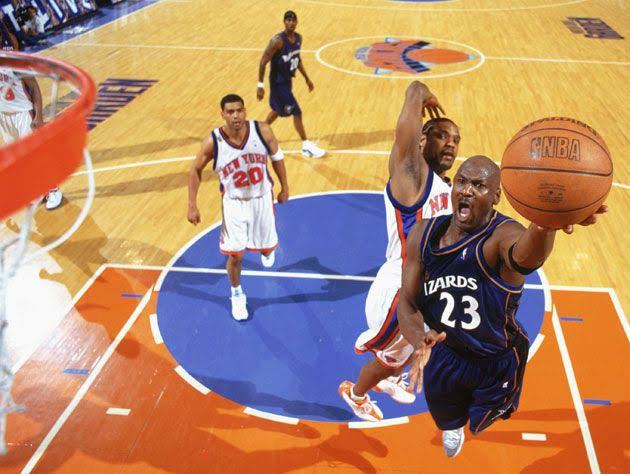 While I always thought that was a little ridiculous, Phil Jackson and Michael Jordan may be better suited to be given that mantra. Imagine Michael Jordan sitting out some games in when the team won 72 games. The team won the division by 20 games and the conference by 12 games. Jordan played all 82 regular season games. For him and that team, it was all about winning and proving dominance. At the height of their careers with the Bulls, Jordan, Scottie Pippen and head coach Phil Jackson waged psychological warfare off the court just as much as physical on it. They had a killer instinct thatpropelled the team to six championshipnd it’s probably worth pondering whether players and teams in any sport in present day have that same mentality – and if the answer to that is good or bad.Chris Webber joined The Dan Patrick Show to discuss Phil Jackson, Kevin Durant, and Michael Jordan.

On Michael Jordan never sitting out of games:

On playing against Jordan:

“One time we played in Washington. We played a five game series against the Bulls. It was the year they won 72 games. We lose all three games by a total of seven points. I saw Michael Jordan come into our locker room with a cigar, while it was lit, and said, ‘Who’s going to check me tonight?’ And we looked at Calbert Cheaney and we were laughing like little school kids knowing that Calbert Cheaney was going to get him, we knew it wasn’t a game for Mike. He was going to be there and he was going to be playing like he said. Game Three we get off the bus and Juwan (Howard) is from Chicago and used to workout there. I’ll never forget, Jordan was sitting on his Ferrari and Pippen was right there and they have a cigar lit. We get off the bus and we have to pass them with a lit cigar. You want to talk about posturing? Forget Phil Jackson. You got Michael Jordan there behind the scenes smoking a cigar before the game, letting us know that he’s the Red Auerbach before the game even started. It was almost like, ‘I lit the cigar. I’m celebrating already. This is just a formality, you guys getting on the court tonight.”

And on Phil Jackson’s comments on Kevin Durant:

“I’m surprised it cost him 35 grand, but I think the NBA knew what he was doing. He’s one of my favorite coaches, Phil Jackson. He knows you are in awe of him as a player and that everyone listens to him. I think that he said that about Durant, knowing that in Game 3 or Game 4 when Durant gets a bad call, hopefully that comment will be in the back of Durant’s mind. It’s his first playoff series and maybe that will cause him to go wild and get a technical. He plants seeds much earlier than a lot of other coaches. He’s the best at it… The Lakers have been playing pretty bad as of late and Oklahoma gives them a little bit of trouble. He’s smart in doing that because that’s all they are asking about in Oklahoma instead of, ‘How’s your first playoff series?’”