Could 2010 be the year that a non-BCS school breaks through and goes all the way in college football? Chris Peterson’s Boise State squad sure seems poised to make a legitimate run at doing just that. The Broncos are ranked in the top 5 in just about every preseason poll, and if they can get by a tough Virginia Tech team on the road to start the season, then handle Oregon State a few weeks later on the blue turf in Boise,  they should be positioned nicely to make some noise nationally throughout the fall and early winter. Peterson, who’s  49-4 in five season in Boise including two Fiesta Bowl titles,joined 95.5 The Game in Portland to talk about his team having the day off due to it being the first day of class at Boise State, the early-season non-conference tilt against Virginia Tech, how that game would dash Boise State’s national title aspirations were they to lose, managing such lofty expectations, his thoughts on the BCS vs. playoff debate, disciplining players when necessary, keeping his star quarterback away from the relentless media, and how he’s more than happy with where he’s at coaching. 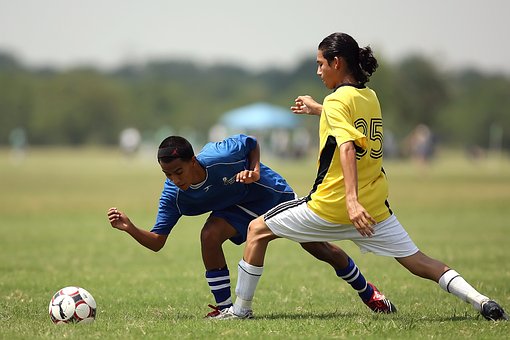 On if he was able to give the team a day off from practice on Monday being that it was the first day of the new semester on Boise State’s campus:

“Well, we would like to be able to do that. Last year I think our first game was a little bit earlier. It really has to do with how the calendar falls, but if there’s any way possible. I think last year we played the first week of school, and this year we don’t, and so it works out much better for the kids when it works out like that.”

On how he gets his team to manage such lofty expectations after the preseason rankings came out:

“I think our guys already know that. We’ve never been hung up on preseason rankings, they don’t mean much at all. I always say this – I’m a voter for one of the polls, and it’s very irritating to have to vote for the first five or six weeks anyways, because I don’t know much about our own team here, you go through the season and learn a lot, it takes about half the season to really figure out what you got. With that being said, it’s hard to figure out what anybody else has! And so preseason rankings we’ve never put a lot of stock into, so even though we’re ranked higher than we’ve been in the past, we’re still not putting a lot of stock into it. We’ve still got to go do some things.”

On if he agrees that a loss even to a top 10 team in Virginia Tech ends their hopes at a National Championship:

“Oh yeah, yeah. Probably for sure. But that’s not our focus around here anyways. We don’t get hung up on things we can’t control, even BCS games. I mean all we try to do is play to the best of our abilities. The system is what it is, and you know, it’s worked well for us. The system has worked well. But you know, the year before we were undefeated going into the Bowl game as well, but we didn’t get an opportunity to go to a BCS game. We still played a really good TCU team the year before in the Poinsettia Bowl. And like I said, we really enjoyed that season, that year, that Bowl game even though TCU beat us by one point that year. We didn’t look back and say we should have been somewhere else or those types of things. That’s just not how we operate around here.”

On what he would do if he were in charge of NCAA football in terms of the BCS system vs. a playoff:

“I don’t know. I’d hire some really smart people, people that are smarter than me, and try to have them figure it out, because it’s just not that simple. If you had a plus-one playoff system, or even plus-two, probably the last couple of years we went to BCS games, we still probably would have been left out of those, certainly the first we went – we still wouldn’t have made the tournament. So now you start talking about this bigger playoff system, and now you start talking about a lot of games. I mean, we played 14 games last year and our guys are still recovering. We still have guys that are out to this day from injuries from last season. And so, how to figure all that out? I think it can all be worked out, but some things would have to be changed dramatically because so much of it is just about money, so if you start shortening the regular season and taking home games away, that’s a problem for a lot of people.

On if he thinks he’s interested in staying at Boise State for along while or if he has aspirations to coach elsewhere:

“Yeah I’ve been really lucky in that every place I’ve ever been, I’ve thought ‘well, I’m staying here forever.’ When I was at the University of Oregon, we had six awesome years there, and I thought ‘I’m staying at the University of Oregon forever.’ And so we just kind of take it one year at a time. But, I tell you, Boise is a great place to live and it’s an awesome university, and the football program continues to grow and change. So, you know, we have no  complaints whatsoever. But we always take it one year at a time and we’ll cross that bridge when we come to it.”