Chris Paul Is Motivated to be the Best Point Guard Ever

This post was written by Tim Gunter of  the Zone in Atlanta.  Chris Paul is one of the most explosive and exciting point guards in the NBA today.  CP3 changed the face of the New Orleans Hornets franchise the moment he was drafted.  He took them from being a consistent losing team to a title contender almost overnight.  As an Atlanta Hawks fan, I am all too familiar with Chris Paul as we could have drafted him, but the “Genius”, that is Billy Knight, decided to draft Marvin Williams instead.  I am not trying to knock on Marvin Williams’ skill but here in Atlanta we have had a need for a young point guard for quite some time. 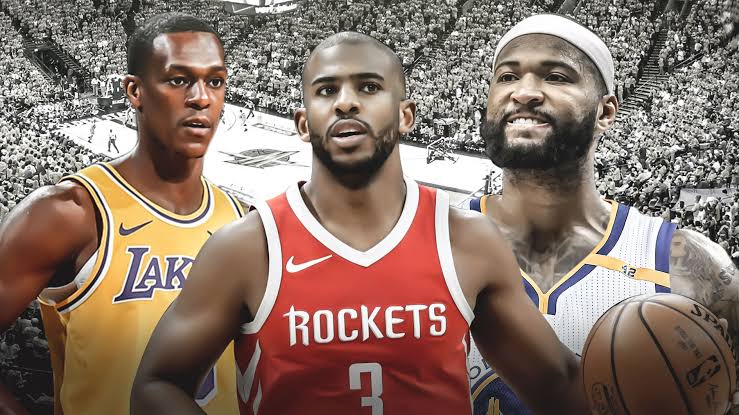 Yes, we just drafted Jeff Teague and have the aging veteran of Mike Bibby to help out the youngsters but they are no Chris Paul.  Chris won the  NBA Rookie of the Year Award and just recently helped Team USA win the Gold Medal during the  Olympics in Beijing, China.  Chris’ spectacular court vision allows him to find shooters and post players at just about any time, whether it is during a transition or in a drive-and-dish situation.  His career stats of is pretty impressive after four years and damn do I wish he was in an Atlanta Hawks uniform. Chris Paul joined WQXI (790 the Zone) in Atlanta to promote his new children’s book, people telling him that he would play in college but not in the ACC, why he didn’t choose to go to college at UNC, Skip Prosser’s impact on his decision to go to Wake Forest, whether he had a moment where he finally stood up to his older brother, the Gold medal in Beijing the most important thing he has done in basketball, being a big part of what Team USA is about, and how much 1-on1 he actually plays.

On people telling him that he would play in college but not in the ACC:

“Oh yeah definitely.  It happened numerous times and I think the thing that inspired me the most was as a kid one of my brother’s friends told me that I would never be able to go to Carolina.  I was a die-hard Carolina fan as kid growing up and when I finally got offered a scholarship by Carolina.  I went and rubbed it in his face. I chose to go to Wake,  but it was such a fulfilling moment to know.  Some things just stick with you and it drives you and motivates you.  It is still like that today in the NBA.”

On why he didn’t choose to go to college at UNC:

“Why did I not go to Carolina?  Because it was a better fit for me at Wake Forest. Carolina had just got Raymond Felton and Wake was closer to home. I was trying to build up a great tradition at Wake and it was a good academic school.”

On Skip Prosser’s impact on his decision to go to Wake Forest:

“Unbelievable.  One of the things too is when the different colleges who were pursuing me had the different coaches who were writing me and telling me how much they loved me.  Coach Prosser recruited me himself.  It’s nothing like the head coach recruiting you by himself and it just worked out perfect.”

On the Gold medal in Beijing the most important thing he has done in basketball:

“Most definitely.  Most definitely.  I tell everyone behind scoring 61 points for my Granddad, that is the greatest achievement that I have had in my basketball playing career because there was nothing like it.  When you stand there on that podium and hear the National Anthem play it just give you goosebumps.  I looked in the stands and out of all those people I found my Dad just smiling like a little kid just taking it all in.  So nothing like it.”

On how much 1-on1 he actually plays:

“Yeah we will play.  Not necessarily like you would see with guys at the YMCA and stuff like that.  We will play maybe with 3 guys and we are playing 1-on-1 but if the 1 guy scores the other guy goes off.  Then a lot of times we will play where we would get 2 dribbles or you only get 3 dribbles.  Guys are way too good at our level to give them as many dribbles as they want.”

On who the toughest guy he covered in college basketball was: