Chris Paul: Best Basketball Player in the World…At Least If You Ask Him

For Chris Paul, the last year and change has been quite a whirlwind. But it has also been extremely rewarding. It all started last NBA offseason when Paul was traded to the Los Angeles Clippers, where he promptly helped lead L.A. back to the playoffs. Then after a successful regular season and a return trip to the postseason, he carried that over to the Olympics this summer where he was instrumental in helping the United States win the gold medal. The Lakers have stolen all the headlines this summer with their blockbuster acquisitions of Steve Nash and Dwight Howard. However, based on his own words, perhaps CP3 wants to capture the headlines again. Either that or someone spiked his Gatorade with stupid pills because not even the biggest Chris Paul fan can make the argument that he’s the best player in the NBA. Paul is not even the clear-cut best player at his own position. But he said as much in a recent radio interview. 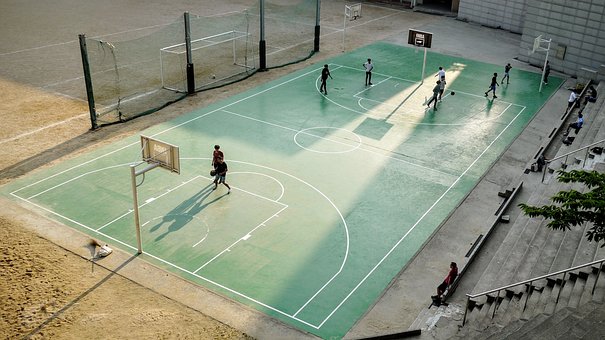 Chris Paul joined The Dan Patrick Show to talk about the last few weeks winning a gold medal and also experiencing the birth of his second child, whether he was surprised at how tough Spain was in the Olympics, the idea of players still being themselves but in a team way, if he thinks the Clippers are the best team in Los Angeles, whether he is nervous about the moves the Lakers made this offseason, if a gold medal means more than an NBA Championship and who he thinks is the best basketball player in the world.

On the last few weeks for him with winning a gold medal and the birth of his second child:

“It’s definitely been a whirlwind and it’s definitely been a blessing. When you’re over in London you almost forget that everyone here at home is watching because we’re all in a hotel and we’re all together all day every day. When you get here and you realize how many people actually watch the games and everywhere you go everyone says congratulations it’s pretty special but you almost forget that just a few days ago you were over in London competing in the Olympics.”

Whether he was surprised at how tough Spain was in the Olympics:

“I wasn’t surprised at all. If you guys remember from 2008 we played Spain in the pool play games and won by 20-25 points and only won by eight in the finals.”

On still being yourself but in a team way:

“It’s tough and what I said about the whole experience is you would rather have the issue of guys being too unselfish rather than having the guys being too selfish. If coach had to come to the locker room and ‘say pass the ball, everybody is out there ballhogging,’ then we would’ve had a problem but everyone fell into their roles and at the beginning of the trip coach told us ‘don’t leave your ego at the door. Bring your ego in.’ That’s what made our team so special and that’s what makes Coach K such a great coach because he has an ego just like us as players.”

If he thinks the Clippers are the best team in Los Angeles:

Whether he is nervous about what the Lakers did this offseason:

If a gold medal means more to him than an NBA Championship:

“I tell people all the time I don’t have an NBA Championship to compare it to but there is nothing greater for me right now than having this gold medal because this is the biggest and best team you will ever play on. When you’re at the Olympics, any time you see someone walking by with a USA t-shirt or anything on, you just give them five or you just feel like you’re on the biggest team that you’ve ever been on in your life and there is no greater feeling than knowing how many people you represent. If I win an NBA Championship everyone in Los Angeles is going to be happy but New York, Chicago, everybody is going to be mad. You win a gold medal and everybody is on the same team.”

On who he thinks is the best player in the world:

“I’m a little biased on that one too. (Host: Wait, am I talking to the best player in the world?) I would like to think.”