The Tennessee Titans got off to a rough start this season losing their first six games. Ever since benching Kerry Collins and replacing him with Vince Young, the Titans have went 3-0. If it weren’t for their second year running back, Chris Johnson, they would possibly still be looking for their first win of the season. There is not another player that I would rather have on my team than Chris Johnson. Well I take that back, maybe Adrian Peterson, Steven Jackson or Michael Turner. The point is that Johnson is a workhorse and a franchise running back that you can build your team around. I don’t think there is another player in the NFL that is faster than he is. He never gets caught from behind and reads his blocks and makes the right reads almost all of the time. This is why he leads the NFL in rushing this season. 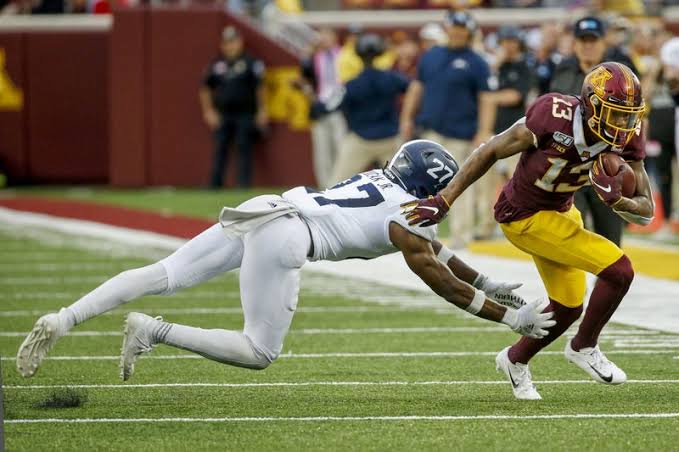 He is quietly on pace to finish just below 2,000 yards this season but has a legitimate shot at making a run at Eric Dickerson’s 25 year old record of 2,105 yards. Only five running backs in the history of the NFL have managed to break the 2,000-yard mark. Plus he’s averaging an insane 6.4 yards per carry.  It just seems as though Johnson gets better each and every week. With the Titans having now won three straight, they are going to need to run the table for a shot at an AFC Wild Card spot and for Johnson to have a chance at Dickerson’s single season rushing record.
Chris Johnson joined The Dan Patrick Show (although he was half asleep) to talk about what part of his body hurts after Sunday’s game, his thoughts on Bud Adams getting fined by the NFL flipping fans the bird, the play of Vince Young and whether that has been the difference recently, and what the Titans record would be if Vince Young had started since the beginning of the season.

On what part of his body hurts after Sunday’s game:

“Man everything hurts. When you get up the next morning and you wake up you feel like you want to lay back down, but you go to wake up early and get back to work.”

His thoughts on Bud Adams getting fined by the NFL flipping fans the bird:

“I didn’t know that he did that during the game but when I looked at Sportscenter I seen that. I just feel like he is going all the way in like…I feel like he is trying to say the attitude of our team is like we really don’t care. We are just trying to win games no matter whatever it takes.”

On the play of Vince Young and whether that has been the difference recently:

“It has been a difference because he is a big competitor. He is just going to do whatever it takes to win just like Bud Adams. He is just kind of being the swagger of our team.”

On what the Titans record would be if Vince Young had started since the beginning of the season:

Whether he still stands by his statement that the Titans are going to end up 10-6:

“Yeah I still stand by that statement. We are trying to take it one game at a time. Just like when I said it they don’t really believe like we can win these last games and end up at 10-6.” Whether anyone has ever caught him from behind in the NFL:“No, that hasn’t happened either because in high school that never happened to me. So if that would ever happen I would get a lot of grief from my friends and my teammates.”