Chris Corchiani: “We’ve had no explanation from the ACC office. That’s really what we want.”

I have heard of a lot of strange things happening at basketball games, but the story in the North Carolina State/Florida State game might take the cake. Tom Gugliotta and Chris Corchiani were sitting in the stands, close to courtside, for the game against the Seminoles and both were ejected by official Karl Hess. When it comes to criticizing officials, fans get rowdy and who knows, maybe the two former Wolfpack stars went over the line with their fandom or maybe they didn’t. The problem with this story is number one proper protocol was not followed by Hess. Number two, there has been no statement by Hess or anyone else involved explaining why the former NC State players, who will be honored Tuesday night as part of a celebrationinvolving the Wolfpack team, were actually tossed from the game by security.Chris Corchiani joined 790 the Zone in Atlanta with Mayhem in the AM to talk about what they were told as to why they were removed from the NC State game, if any profanity was used, on the amount of support the guys have gotten since they were thrown out, if there is a bias against NC State, and his thoughts about Jimmy Valvano. 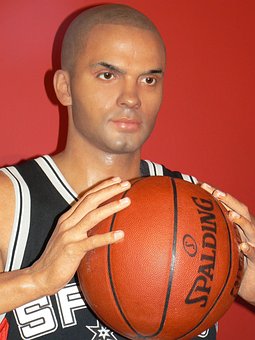 On what he told as to why he and Gugliotta were removed from the NC State game over the weekend:

“Our analogy is if a policeman pulls you over driving you get some kind of explanation why. Were you swerving? Did you not put your blinker on? We’ve had no explanation from the ACC office. That’s really what we want. We want to know why we were thrown out. We’re not denying that we were on not only Karl Hess but we were on the other officials, five or six different calls, but nothing with any kind of profanity or threatening, it’s the kind of the thing that I’ve been doing since I graduated, but never have done anything to cross the line. That’s kind of where we are right now. We’d love to have an idea of what Karl Hess thought was enough to throw us out.”

If any profanity was used:

“No absolutely not. I was there with my wife and daughter and the interesting thing that kind of transpired from this was after we were thrown out, one of the assistant sports information directors from Florida State turned around to my wife and said ‘listen have Chris call me, they did nothing to warrant getting thrown out.’ It wasn’t as though it was all NC State people around us. Everyone knew that we were on the officials about different calls and nothing more than the student body at any other University or fans throughout the country. That’s what home court advantage is, having a little bit of passion, cheering, and yelling and I’m not going to change that. That’s who I am and we’re excited about our program and it was just an unfortunate situation.”

On the support they have received after what happened this weekend:

“Yeah it’s been amazing. Our Wolfpack family, the basketball staff, and administration has really gone to bat for us and has supported us during this unfortunate incident and it’s just ironic that they are going to honor the ’89 team with Tom and I on it. It’s something that we kind of want to see kind of go away but at the same time we’d love to be able to get some kind of explanation so that it doesn’t happen in the future to another spectator at NC State.”

Whether there is a referee bias against NC State:

“Well I’m sure there’s a little bit of that and I’m a fan as well and I don’t know if that bias has been around. It appears that in the last 25 years that I’ve been here there’s a certain bias towards some other schools and a lot of that is if you win you tend to get a different whistle and if you lose that’s natural in all sports and I think that’s a little bit of frustration that Wolfpack fans have is we’re treated a little bit differently. I like to say ‘well let’s start winning and the tide will change.”

“He was the best. He had so much passion for life, great energy, emotion, and he died way too young. It’s amazing what he would’ve accomplished whether it was inside of basketball or outside of basketball, he’s just an amazing person. You often hear many stories about what a great motivator he was but boy he just had so much to bring to life.”