Chris Cooley: ‘We Put Fireworks In The Horse As Well..’

Chris Cooley is some what of a legend in the blogosphere for his fairly frequent and usually uproarious posts on his personal blog. He’s also a Pro Bowl caliber tight end and an integral part of the Washington Redskins offense. Cooley joined the Into the Night show with Tony Bruno to talk about how he’s excited about heading to camp this year, why he thinks Jason Campbell will overcome the pressure he’s facing to deliver for his team and what exactly happened out on his ranch when he and his friends stumbled across a dead, rotting horse. 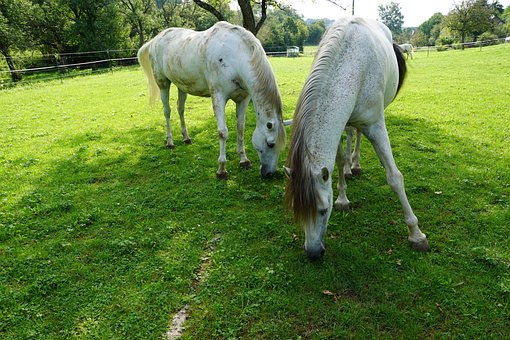 On the recent ruling that NFL players won’t be allowed to Twitter during games. Cooley is active on Twitter and commented on if he thought the ruling was a big deal:

“It’s going to be so hard. I feel like the connection’s so strong that I need to be tweeting all the time. No, to be honest with you, the sideline and all that stuff, it’s not like it’s hard, it’s not like I’m upset when basketball players are texting in the locker room at halftime or people are doing it throughout games. It’s not like it’s a hard thing. People are sending a text. I mean it’s not a big deal. Text after the game…As far as the sideline reporting throughout the game and visiting with people – it’s your job, it’s what you should be focused on, at least for football players, the three or four hours that you’re doing it. And write what you want after. It can wait.”

On if he’s one of the guys who’s excited for training camp or not at all:

“I think that’s a great question. I’ve had a couple years indifferent about training camp. I’ve had a couple years, the first couple years in the league, that I really didn’t want to go back to training camp. To be honest, I’m looking forward to it this season. It’s been tough not being an outstanding team, being a part of the Redskins and not being a team that wins or is looked at as a solid team. But this offseason, I think we’ve done some great things; we’ve made some great improvements and I think we have a lot of possibilities and I think we have a lot of potential. So I’m excited to get back to camp. I think it should be fun. Really more than camp, I’m excited to be playing games and just get involved in the season again.”

On quarterback Jason Campbell and if he’ll have his head right this season considering all the rumors involving him this past offseason:

“Well I think there’s so much said about Jason Campbell and Jay Cutler and Mark Sanchez and all the trade rumors and everything that’s happened. There’s also the added factor that Jason Campbell’s in a contract year. So, so much is depending upon how he plays to whether or not he stays with the Redskins or what happens with his career. And so it’s going to be tough for him. But knowing Jason and being his friend and being around him all the time, I know that he’s a super cool guy, super calm. He’ll be able to come in to the huddle, do what he’s supposed to do and take advantage of this season. I think he’ll have an outstanding season. I know that he’s look great as far as our preseason stuff goes. And even more, he’s in an offense for a second year in a row. And for this kid, he’s never been. I mean it’s something that’s a huge advantage for him – knowing an offense for two years, not having to learn a new offense, not having to adapt to a new system.”

On the recent incident that he blogged about where he and his friends burned a dead horse on his property:

“What basically happened was we poured five gasoline on the horse, we put some fireworks in the horse as well, to enhance the explosion. We did explode that horse. But, we had fun, we expunged of the horse in the proper manner, maybe with a little more fireworks than expected.”