In terms of concussions and injuries in the past, Chris Cooley says he has felt way worse. In fact, he passed a lot of tests by the Washington Redskins’ staff at halftime after suffering a first-half concussion against the Indianapolis Colts on Sunday night. He felt well enough to take the field again in the second half, but quickly realized he wasn’t feeling up to game speed and had to come out of the game. On Monday, he said he felt much better and says he wants to try to play next weekend. In a day and age when concussions are taken more seriously than ever, that decision won’t be left up to him. But as he tells it, he’s had way worse and would like to get back to what he considers to be a strong football team. Chris Cooley joined 106.7 the Fan in DC with LaVar Arrington and Chad Dukes to discuss how he played after suffering the concussion, whether he could remember the plays at that time, the process for him and his health going forward, whether he’s worried about future concussions, his feelings about the three-point loss to the Colts, how much an interception thrown by Donovan McNabb is to blame and what he’ll take away from the game. 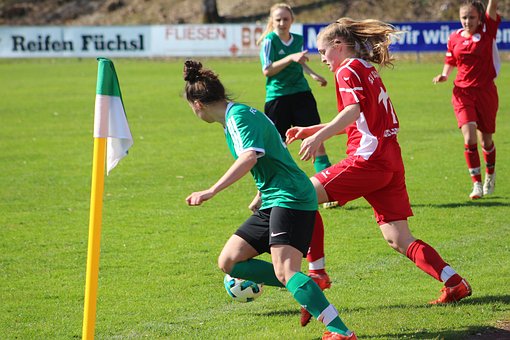 On playing through the concussion:

“I’ve actually had a few concussions and in the past I don’t remember anything. I was totally there yesterday. I remember every part of the game, I remember all the plays. I had a hit in the second quarter that kind of felt like it was a little bit of a bell-ringer. It was right before half and I came off the field and took a breath and thought, ‘Wow.’ I went into halftime and kind of had the idea that I could come back out, get moving around a bit and feel OK. It wasn’t like, at the time, I thought I had a bad concussion. I was completely there and passed all the doctors’ tests and stuff, but as I kept playing I just had more of a headache and I was a little bit slow.”

On whether he remembers the plays:

“It wasn’t like that at all. … My tight ends coach … kept asking me, ‘Hey, did you see what happened three plays ago?’ Just trying to get me. And I could completely remember what was going on. I was just slow on the field. I felt like stuff was happening around me way faster than I was happening.”

On the process of getting back to the field going forward:

“What you do, initially, is called baseline testing. Every player takes a baseline test when they’re fine and you do all the balance drills and then you do this computer thing and they make do all these words and you’ve got to remember words and shapes and stuff. I did the baseline test today and I was pretty close to what my baseline was. Tomorrow I’ll go see, I guess I have a CAT scan. … You’ve got to wait until you have no symptoms for at least two days before you can do anything.”

On whether he’s worried about more concussions going forward:

“I don’t think I’m going to worry in the back of my mind about a hit. That’s the one thing about the job that we do that you don’t want. You don’t want to have a bunch of concussions. It’s has a terrible effect on you later in life. So I’ll make sure I’m OK before I do anything, but I think I’ll be fine. I feel fine. … I’ve had way worse. I’ve lost a day before.”

On his take on the loss to the Colts:

“First of all, Peyton Manning is the real deal, man. Watching that guy throw the ball out there is pretty sick. We were close to doing what we had to do. I think we had some good drives. … I thought we were more consistent than we had been in the past. … I felt we had a chance to win it at the end and it just didn’t work out.”

On how much the interception on the last offensive drive cost the Redskins:

“I don’t think, in any way, you look to the last throw and say, ‘This throw won or lost the game.’ I think, throughout the game, especially playing Peyton Manning and the Colts, you have to be able to capitalize. You have to be able to score every time off of turnovers. We had some shots there. … We played more consistent, we did a lot of things that we like, I just don’t think we capitalized on some of the chances that they gave us.”

On what he’ll take most from the game:

“I think, what you can take out of it, is there was no question in anyone’s mind that we could win that football game. Even in the fourth quarter to the last drive, we all felt like it was our game. We did play good football. … What I think we’re really starting to learn is we’re a pretty darn good football team.”