Chipper Jones Concern Was Being Healthy For October With His Knee, Confident The Braves Can Take Down The Phillies

Chipper Jones left Friday night’s game against Philadelphia with his mind made up that he was going to have surgery on his injured knee. He subsequently elected to withdraw from the All-Star game in Phoenix, which in turn paved the way for Scott Rolen to replace him on the National League roster. The decision might not have been popular, and a prominent anecdote in the discussion about players not attending the MLB All Star Game, but at the end of the day, the dust will settle and Jones won’t regret focusing on the Braves’ chances more than an individual honor or whatever the media deems is proper etiquette for players to follow. The Atlanta Braves come into the All-Star break riding high despite losing two out of three games to their division rival Philadelphia Phillies over the weekend. Atlanta sits at 54-38, the second best record in the National League that has them leading the NL Wild Card by a wide margin of five games.  They are only 3.5 games out of first place and have.  That is pretty impressive coming from a team that dealt with some offensive struggles in the first half thanks to Dan Uggla’s struggles, Martin Prado being out with injuries and Jason Heyward having a .226 average and  22 RBI’s. 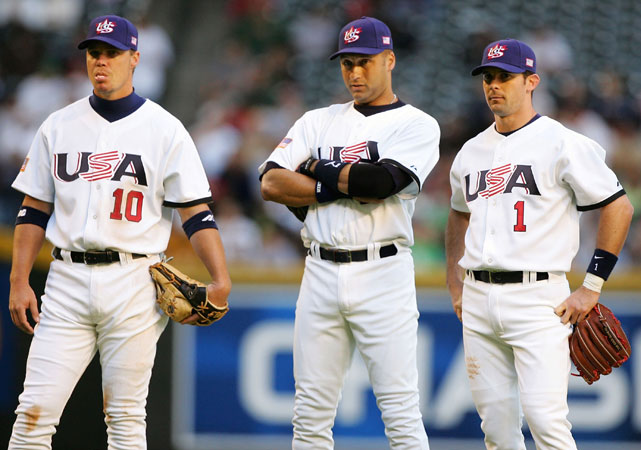 In his first interview since his knee surgery Chipper Jones sounds upbeat when discussing his playing status heading into the second half of the season. Jones wanted to be at full strength come September/October and feels the decision to go under the knife gave him the best chance to return to form down the stretch. The eighteen year veteran is a consummate professional, representing Atlanta with nothing, but hard work and class. He contends that Atlanta has the pitching to go pound-for-pound with Philadelphia and despite offensive woes they wont fear playing Philadelphia once the time comes in October. Chipper Jones joined 790 The Zone in Atlanta with Mayhem in the AM to discuss if there were any unexpected issues stemming from his recent knee surgery last week, trying to hold down the fort for the  Braves until Martin Prado returned from the DL, why his primary concern with his knee was getting it ready for a stretch run in September and October, his confidence with this Atlanta Braves club compared to the teams of the 1990′s and his thoughts on his first half of the season.

Chris Dimino talked to Chipper Jones himself and you told him a couple things in there weren’t expected when the surgery was done?

“Yeah, you always find a little more wear-and-tear than when it was first diagnosed. Obviously my knee has been through a lot before someone has been in there and had some…I originally told Dimino I had a cracked knee cap. I actually misunderstood the doctor. He said I had some cartilage torn and cracked behind the knee cap and he had to go in there and fix up. I apologize for misstating that to Dimino. There was some other stuff that had be cleaned up as well, but I am able to walk around. I’m barely limping and I should get on a bike when I rehab.”

Were you trying to hold down the fort until Martin Prado would come back because the knee wasn’t responding the way you wanted it to?

“I wouldn’t say that was the major reason. Obviously missing myself and [Martin] Prado out of the lineup would be a huge hurdle to overcome for the club, but the bottom line is you know I went out and played because physically I could play. I tried to do as many things as I could whether it was shots, whether it was anti-inflammatories to stay out there, but the fact of the matter was it wasn’t getting any better. In fact it was probably gradually getting a little worse and I didn’t want to bust my hump the whole summer and play through and have something break loose in September and have to miss September and October again like I did last year.”

Your big concern was to be healthy for October when it counts?

“That was my concern as well. I think that another reason why we wanted to go ahead and take care of it now. We’re at a point in the season where we are not only getting [Martin] Prado back in Friday, but we got a little bit of a cushion in the Wild Card. We are neck-in-neck with the best team in the National League, that being the Philadelphia Phillies, and we still feel like we got enough in the tank to be able to overtake them, but we got a cushion on second place and the Wild Card. Let’s just knock it out now and be at full strength going into August and September and ready to hopefully make a run at the Phillies.”

How confident do you feel with this Atlanta Braves team as compared to the teams you played on in the 1990′s?

“We feel very confident. We feel like we’re a 100 win team. We’re every bit as good as the Philadelphia Phillies. You can sit there and compare lineups and they may have a little better club than us offensively, but the fact of the matter is good pitching beats good hitting day in and day out. We feel good about the fact that we can pitch good against that lineup. We can play defense against that lineup and to be honest with you we’ve beaten each one of those pitchers over the course of this year, so the intimidation factor is not one when we play each other. We feel confident that we are going to score 3 or 4 runs against Doc [Halladay], Cliff [Lee], Cole [Hamels], whoever they throw out there, so they are very good at what they do. They play more consistently than we have through the first half and we are going to see if they can do it through the whole year.

How do you assess your first half so far?

“Bottom line is being of run production in this game. I feel very good about the way I hit with runners in scoring position when given the opportunity I took advantage of them. I’m still not where I want to be. For some reason the left handed swing has been a big mystery over the last couple of years and I just haven’t been able to get a grip on it. I finally started to hit for a little better average right before the break started, but I look for hopefully a lot of what was going on last year, which was a sup-bar first half by my standards, but getting better and more consistent in the second half like last year turned out to be a pretty good season for me.”