Chipper Jones is having quite the farewell tour this season. The Braves third baseman is retiring at the end of the season and on his bobblehead night last Thursday he clubbed two home runs to help Atlanta defeat San Diego, 6-0. It was his first multi-homer game in more than three years as the Braves continue to have quite the second half of the season.
Curt Schilling recently threw out the idea that Jones would reconsider the idea of retirement and come back to play in the American League. Chipper shot down that idea very quickly.Chipper Jones joined 790 The Zone in Atlanta with Mayhem in The AM to discuss hitting two home runs on bobblehead night, shaking in the dugout after hitting two home runs on bobblehead night, Curt Schilling claiming that Chipper Jones will come out of retirement to play in the American League and retiring while he knows he can still play the game at a high level. 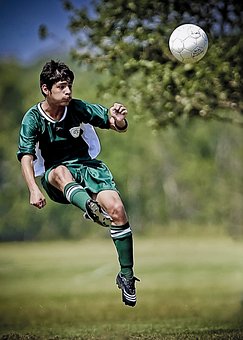 Were you tied into a deal for bobblehead night after hitting two home runs in the game?

“I wish I was. That was…I don’t get the whole bobblehead phenomenon. People go crazy over them and as long as it puts butts in the seats man I think it is great.”You said in the postgame after hitting two home runs in the game you were so jacked up

you were shaking. Is that how you feel when people come to the ballpark to see you on bobblehead night?

“Well I think you have those moments where you hit those points of adrenaline and they just kind of take you over the top. I was fine up at the plate, but when I hit the ball in the first inning and I knew it was going out I was running down to first base and I was going you got to be kidding me! It was just another moment this year that has been awfully special. I got back and saw the reaction of my teammates and got the curtain call. It was such an adrenaline rush that I literally spilt my water all over. I couldn’t take a drink of water.”

Curt Schilling has thrown out the concept of you coming back to not only play, but play for an American League team. Your thoughts on conversations like that?

Well I am sure Curt Schilling being the shock jock that he is probably trying to stir up some interest for ESPN and raise the question, but as I said so many times I got four boys at home. I made promises to them that daddy is done playing baseball. After this year we are going on vacations. We are going to go on summer vacations and I am just not willing to go back on that promise. My agent made it very clear to me in spring training that this is something you cannot go back on. Be sure of it when you make the announcement and I am not ready to do that. I made my decision and I thoroughly expect to have a good season this year, but once our last game is played I am ready to start the next chapter in my life.”

You are going to walk away knowing you can still play?

“Yes. [Hosts: Does that matter?] It does matter because the last thing I want to hear as I’m walking out the door is you should have done it 2-3 years ago. I know physically I can still go out there and be productive on a day in and day out basis. It’s a situation where the knees at some point are gonna go and I don’t want to be on the field when they finally go.”