Charlie Whitehurst: “You go in there and beat the Giants in their place, it’s a confidence boost for the whole team.”

Charlie Whitehurst came off the bench against the New York Giants in week five and threw for 149 yards, but his biggest throw of the game came when he hit Doug Baldwin with a 27-yard touchdown pass late in the 4th quarter. The Seattle Seahawks are pretty unpredictable every week. You are not sure what you are going to get from this squad, but their record shows they are 2-3 in the NFC West and face a must-win scenario this weekend as they take on the Cleveland Browns on the road. 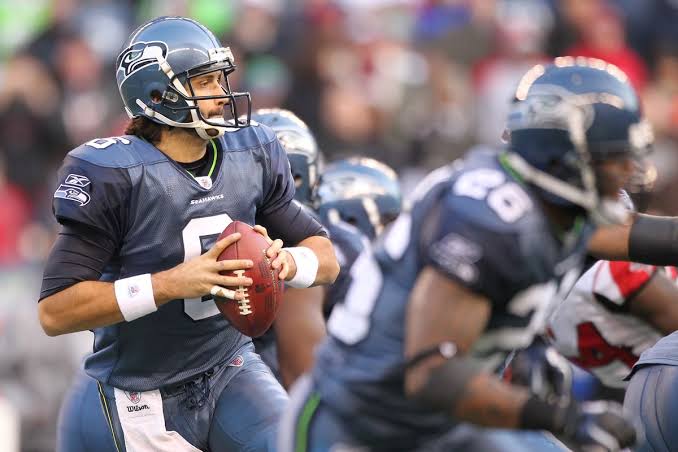 With an injured Tarvaris Jackson, it looks like it’s Charlie Whitehurst’s show to run on Sunday.

Charlie Whitehurst joined 710 ESPN in Seattle with Bob and Groz to discuss if he will be the starting quarterback this Sunday when the Seattle Seahawks take on the Cleveland Browns, the similarities between coming off the bench last year as a backup quarterback and coming off the bench now, being more prepared to start now after getting more reps at practice, the Seahawks offensive play calling changing if Tarvaris Jackson is out of the lineup, his performance against the New York Giants and his confidence being up after the game against the Giants.When are we going to hear as far as a decision on who will be the starting quarterback for the Seahawks against the Browns? As far as we are concerned after the second half last weekend against the Giants, I think we feel pretty good about you going in there.

Jackson is less than 100% I am not even sure why it is a discussion?

Is this at all similar to the experience last year before the St.Louis game where you got a start and lead Seattle to the playoffs?

Do you need as many reps as you can get in practice or are you more of a mental guy as a backup quarterback?

“I don’t think so. I think the game plan is the same. We got one game plan this week, so whoever plays I think we are going to execute it and go from there.”

Tell me how you thought you did against the Giants?

“Good enough to win. Luckily we were able to go down and score that touchdown at the end. As a backup all of a sudden you are in there and you try to kind of get the feel for it and try not to screw anything up for sure. We were able to do that for a quarter and then it was time to go try and make a play. As an offense I thought we did well.”

Confidence wise how much better do you feel this week going against the Browns if you are to be named the starter?

“I feel good. I think our whole team feels good. You go there and west coast teams haven’t been very successful on the east coast historically. You go in there and beat the Giants in their place. It’s a confidence boost for the whole team. I am included for sure.”