For years we’ve been wondering if Charles Woodson is going to make the move to safety, but it finally seems as though that will become a reality in the not-so-distant future. The Packers were forced to cut ties with Nick Collins earlier this offseason, which means their All-Pro corner could make the transition to replace Collins.If that happens, don’t expect the veteran to complain one bit.Charles Woodson joined Bill Michaels on WSSP in Milwaukee to look back on the draft from Green Bay’s perspective, to discuss a long-rumored potential move to safety and to explain how he approaches the eventual end to his NFL career. 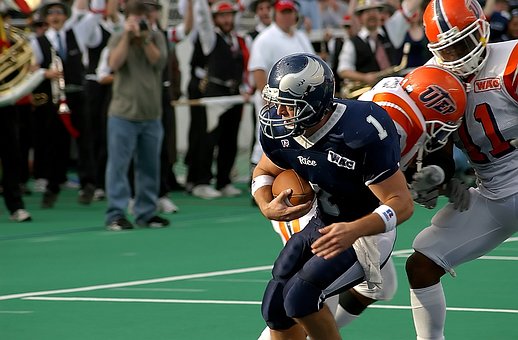 “We needed help and that’s exactly what he did. Our defense last year was definitely a weakness for our team and we needed some help in certain areas. And I think he addressed those areas. Getting our first pick, Nick Perry out of USC, to help out on the edge. Getting a guy in the middle that can create pressure through the middle of that line in Jerel Worthy, are definitely two great picks. … And then he just continued to add value throughout the rest of that draft.”

On a potential move to safety:

“They can put me as a three-technique. It doesn’t matter. I just wanna win another championship. We got a taste of that a couple of years ago. Last year I felt like we had a good team, fell short. And I need it again. So it really doesn’t matter where I play. People keep speculating about me moving to safety, but if you watch our games, I play safety anyway. So it’s not really me moving to safety. Maybe that’ll be the title, maybe from here on out, I don’t know. But just put me on the field anywhere they wanna put me. Anywhere they wanna use me, I’m available and I’m gonna be ready to go.”

On if he looks toward the end of his career or if he deliberately avoids thinking about it:

“I think you have to look at it from both angles. From one perspective, I could still play the game and I know I could play for a couple more years and there wouldn’t be any problem, any signs of slowing down. I know that. But at the same time, I understand how people look at you once you’ve reached the age of 35. And then it’s a numbers game at that point as well, as far as the kind of money you make. So I understand this business and it happens every year…and it happens to the best of them. I won’t be immune to it. And when that time comes I’ll deal with it, hopefully I’ll deal with it gracefully.”