Two weeks ago, the Green Bay Packers appeared to be dead in the water. The Pack were 4-4, were coming off back-to-back losses (including one against previously winless Tampa Bay), and they had big time issues on both sides of the ball. There didn’t seem to be any quick fix for their ailments – the defense was struggling adapting to new defensive coordinator Dom Caper’s 3-4 system, while the offense was shooting itself in the foot primarily because Aaron Rodgers was taking an inordinate number of sacks in the pocket. Ah, what a difference a couple weeks can make in this wild and crazy league. The Packers improved to 6-4 on Sunday with a solid 30-24 victory over the San Francisco 49ers. Frankly, the game was not nearly as close as the score indicated. The week before, Green Bay cornerback Charles Woodson was named the NFC Defensive Player of the Week for his outstanding game against the first place Cowboys. The former Heisman Trophy winner had 8 tackles, 2 forced fumbles, 1 interception and 1 sack in Green Bay’s very impressive 17-7 win over Dallas. Though Woodson and the Packers weren’t quite as dominant this past Sunday, there’s plenty to be optimistic about in Packer Land once more as the home stretch of season looms around the corner.Late last week, Woodson joined The Jim Rome Show to talk about his monster game against the Cowboys, how confidence is growing in Dom Caper’s new system, what it’s like playing opposite Al Harris, and even to kibbitz a bit about his former club the Oakland Raiders, and the fledgling football program at Michigan, his alma mater. 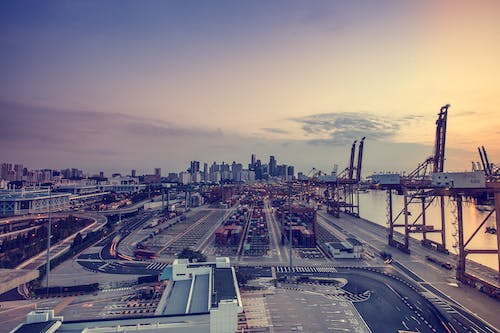 “We’re confident. We feel good about Dom, we feel good about what he’s brought in. You know, we’ve had some bumps, but I think last week is what it’s supposed to look like. Guys came out fired up. I think Dom put a little bit more trust in us this game and called some things, just sticking with it and we went out there and made some mistakes. But we made mistakes at 100% and that will definitely grow on your coach and we’re looking forward to doing some of the same things.”

On publicly criticizing the lack of aggressiveness on defense early in the year and if Capers got that message:

“Yeah I think he heard it but I think I went about it in the wrong way as far as speaking to the media first, before him. But, at the same time, I knew I was heard. We had a couple of conversations since then. And again, Sunday is what it’s supposed to look like.”

On if he thinks his alma mater Michigan made a mistake by hiring Rich Rodriguez:

“No, I don’t think that was a mistake. Now, do I think it was thought out as much as it should have been? I don’t know because to come in and try to run that system is going to take awhile. With the guys we have in there and what we ran, and the philosophy was totally different. And it will take time to remodel that. Where it goes from here? I don’t know. So we’ll see.”

On if it was as wild and crazy in Oakland when he was there to start his NFL career:

“It’s always been kind of wild and crazy. But when I came in, I think it was a little better under Gruden and general manager Bruce Allen. They had pretty good control on things. And you know, we had some good players, so regardless of how wild and crazy it was, we had some players out there that could just flat out get it done. So we played through a lot of that negative stuff. Now, that’s not the case. Now they have some good players, but it’s nowhere near the talent we had when we were winning.”