Charles Tillman On Playing In The NFC Championship Game “I Think We’ve Been Underdogs All Year.”
by Steven Cuce

The Chicago Bears have been written off since the start of 2010-11 season as the team that is the “pretender.” Despite all the skepticism and criticism all season long the Bears have proved the haters wrong by going 11-5 in the NFC North, which was good enough for the #2 seed in the NFC. Chicago also split the season series with the Green Bay Packers winning the Week 3 machup, 20-17, and losing the Week 17 matchup, 10-3. I think we all remember how the Week 17 matchup went when Green Bay took on Chicago at Lambeau Field. The Packers had everything to play for with a playoff spot on the line while the Bears knew they had the #2 seed locked up as the Eagles had lost their Week 16 matchup, thus clinching Chicago a bye in the first round of the NFC playoffs. This game was far from a “garbage time” contest for the Bears second-stringers as Lovie Smith played his starters the whole game. The Packers squeaked by in the 4th quarter thanks to an Aaron Rodgers 1-yard touchdown pass to Donald Lee. It will only be fitting that the rubber match between these two bitter NFC North rivals in Chicago will decide who has earned the right for a trip to Dallas in Super Bowl XLV.The Bears played on Super Sunday for Super Bowl XLI losing to the Indianapolis Colts, 29-17. As for the Green Bay Packers, they have not been to the Super Bowl since the days of Brett Favre in Super Bowl XXXII, losing by the score of 31-24 to John Elway and his Denver Broncos. Can Aaron Rodgers lead the Packers back to the promised land? Charles Tillman would like to have a say in that.Charles Tillman joined ESPN Radio Chicago with the Afternoon Saloon to discuss any extra motivation to beat the Seattle Seahawks and Mike Williams after they had beat the Chicago Bears during the regular season, who made the call to be extra physical at the line of scrimmage against Seattle, can the same defensive philosophy used last week work against the Green Bay Packers, does he believe the Chicago Bears have been labeled as underdogs for the NFC Championship game, how do you get a quarterback like Aaron Rodgers who has been so locked in lately to get off his game and do the Chicago Bears embrace the worn down playing surface at Soldier Field. 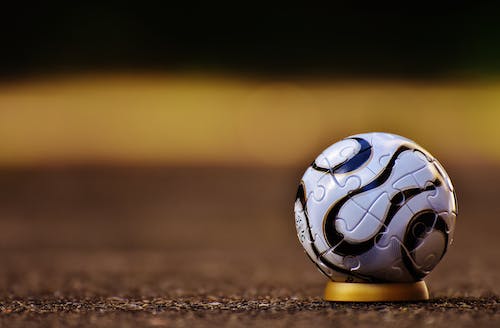 Was there any extra motivation to beat the Seahawks and shut down wide receiver Mike Williams after the victory they had over the Bears during the regular season? Did you try to put it of your mind and go play football?

“I just tried to put it out my mind and just go play football. You know it is what it is. What he (Mike Williams) did the first time he earned it. He deserved it. I take nothing away from him. The second go around I wanted to make sure I won the battle because he had a great day against us the first time.”

Who made the call to be extra physical at the line of scrimmage against the Seahawks offense?

“I think it was collectively Coach Marinelli. I credit him and all the defensive coaches. I think that was their game plan.”

“Well I definitely think in my opinion Green Bay has the best receiving core in the NFL. You look at Jennings [Greg], Jones [James], you look at Donald Driver. I mean Donald Driver is in his 12th year and looks like he’s in his 5th. I think their great receivers you know. I think we’ll have our hands full. I think it will be a good game for us.”

Can you believe the Packers are favored on the road in the NFC Championship after winning two road playoff games? When will the Chicago Bears get any respect?

“You know what man it is what it is. I think we’ve been underdogs all year. If you were to take a poll at the beginning of the season or a survey and said “How many people are going to make the NFC Championship and it would be the Chicago Bears hosting at Soldier Field?” I think it would be like 50-to-1 odds of us doing that, so I’ll take us every day.”

How do you get a quarterback like Aaron Rodgers off his game after he’s been so locked in the last few weeks?

Is the Soldier Field turf embraced by the Chicago Bears players? Does it give you guys an advantage considering it’s been considered not the best surface in the league?

“I think you have to embrace it. The more you complain about it all you do is just complain about nothing because it’s not going to change. I think the moment you embrace it the better off you’ll be.”