A little more than six months ago, Charles Oakley said in an interview transcribed on this website, that he wouldn’t be able to tell LeBron James to go the the Knicks because they didn’t treat him well. A little more than half a year later, he’s claiming to not remember saying bad things about his former team. This has all come to light because New York Knicks president Donnie Walsh has come out and said that he’s tried to contact Oakley to discuss some of those statements. Oakley says Walsh ignored him in front of his face and then the Knicks stopped granting his ticket requests. Oakley always seems to bring his A-game when it comes to providing a little radio entertainment and the following interview is no exception. Charles Oakley joined WFAN in New York with Boomer and Carton to discuss Donnie Walsh’s comments that he’s tried to contact him, his overall relationship with Walsh, what he said about the Knicks six months ago, what is wrong with the Knicks right now, what he would tell Carmelo Anthony, the present-day version of the NBA and the Knicks not giving him tickets. 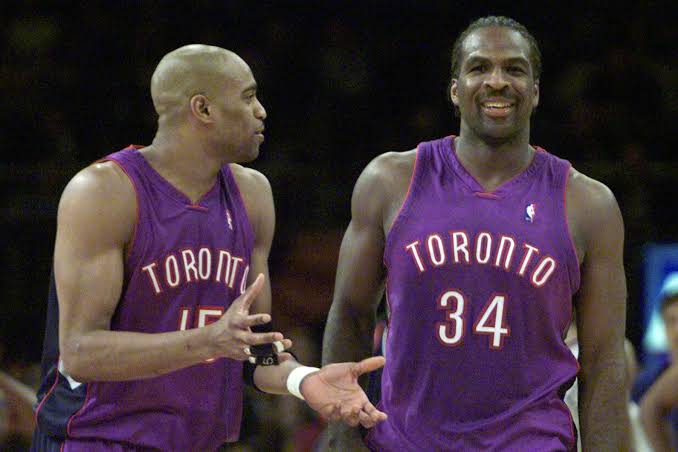 On Donnie Walsh’s comments that he tried to contact Oakley:

“Let me ask you one question first, what statement is he talking about? … My thing is, I played in the league 18 years, I’ve been around basketball longer than that. And my whole career, in whatever I have done, I’ve never had to apologize for anything I’ve said, so my credibility is good. But what I said about the Knicks, I don’t know why, I don’t know what the statement is. Everybody’s been criticizing me my whole life. When I played I’ve been booed, that’s part of the game. But let me know what statements you’re talking about.”

On his relationship with Walsh:

“Last year, when the Knicks beat Boston, right? I’m at the game, right? I’m going to the freight elevator from the Knicks locker room, there’s a little hallway. Donnie walked past me with his head down, don’t even speak to me. … So I go down there and speak to him. I said, ‘What’s up Donnie, what’s going on?’ … I like Donnie, we talk, I like what he’s done in the past, but I don’t know why he’d go on the air and say that about me. … When I make my comments, I know what I’m talking about, I don’t have to apologize. I think he owes me an apology.”

On what he did say about the Knicks:

On the reports that he told LeBron not to go to the Knicks:

On his message to Knicks fans:

On what is wrong with the Knicks today:

“My thing is, when you give someone $100 million, automatically they should be 41-40. If you give another guy have a max, 47. Two max guys should win you 50, 55 games. My thing is, I don’t know the structure of what’s going on. You can’t play Around the World in the NBA, you’ve gotta go to the basket. … You’ve got enough talent that you should be .500 this year, easy.”

On what he would tell Carmelo Anthony:

“I would say to make the decision for you and your family. I don’t want to put something in somebody’s head and then he looks back at me. I knew LeBron a lot better than Carmelo … but I like Carmelo. I don’t know if he’s playing with energy. He’s a great scorer, now don’t get me wrong. He’s probably the best scorer in the league behind Kobe and Wade, just getting it done. But I don’t know if he’s got a sense of urgency.”

On whether he likes this version of the NBA:

On the Knicks not giving him tickets: