When it comes to basketball, this summer has been wild. Not only did the United State’s Men’s Basketball team bring back the gold medal from London, but there were numerous moves made in the offseason and it sets up for some great story-lines in 2013. The team that made the biggest splash was the Los Angeles Lakers. After a disappointing early exit, they have completely reloaded by trading for Steve Nash and Dwight Howard, and by doing so, the Lakers undeniably re-opened their championship window.Charles Barkley joined The Dan Patrick Show to talk about the 2012 Men’s Olympic team, how much the Dream Team would beat this team by,  the comparisons between LeBron James and Michael Jordan, the offseason moves of the Lakers and what team he considers the favorite in the Western Conference. 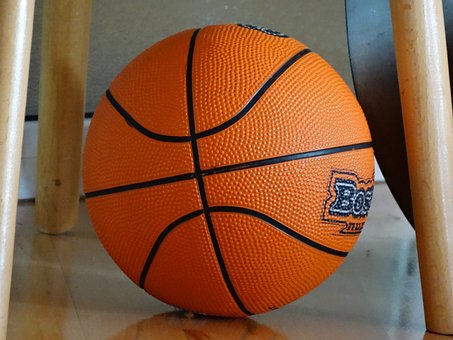 “Dan, they’ve got a very good team but I wish people would stop comparing teams. They have a good team but they were just too small. C’mon they struggled with the Gasol brothers and I love both Gasol brothers but they’re not David Robinson and Patrick Ewing. Give me a break.”

How much the Dream Team would beat this team by:

“Probably 15 or 17 or someone in there because the only guy we would have trouble with is LeBron. Everybody is going to have trouble with LeBron. LeBron’s unbelievable and Kobe (Bryant) is terrific but Michael would handle him. I would love to see Scottie (Pippen) in his prime try to guard LeBron. That would’ve been a very classic confrontation right there.”

On the comparisons between LeBron James and Michael Jordan:

“I’ve said before that it’s sacrilegious for me to say that. If LeBron can win four or five championships, this guy is pretty special man. I said this last year, I’ve never seen a guy like this guy. Obviously he’s got to win four or five championships to get in that conversation but we’ve never had a player with his skill-set. 6-8, 6-9 260 pounds who was that big and that fast. It’s an honor and a pleasure to watch him play. I have said that for the last year. People were giving him a hard time because he hadn’t won a championship but he just had never been on the best team. Dude he is unbelievable man. Kobe is unbelievable. I don’t want to leave him out of the conversation but I’m a little leery comparing anyone to Michael Jordan, but if LeBron can win four or five championships I think you can put him at the same table with Michael.”

On the offseason moves the Lakers made:

“There’s some very interesting storylines going into the NBA next year. Number one, Steve Nash is 40 and it used to be the power forward position was the hardest position in the NBA because every night you were playing against a great player. Now in the NBA it’s the point guard. Every night Steve Nash, he’s 40-years-old, he’s going to have to play, like Russell Westbrook is not going anywhere, (Rajon) Rondo, Derrick Rose, Chris Paul and I’m talking about every night you’re going to have to play against a terrific point guard. You don’t know how Steve Nash is going to hold up. Also, Dwight Howard’s back. That’s going to be the two things that people are going to have to watch all year. I think it’s going to work out because I’m a big Dwight Howard fan but we still have to see how his back is going to respond.”

What team he thinks is the favorite in the Western Conference on paper:

“The Lakers. (Host: Over Oklahoma City?) Yeah. I’m not a big Oklahoma City fan because I don’t think they get any easy baskets. Like last year I didn’t think they could win and the reason I picked Miami to win the championship, the only way you’re going to beat Miami is beat them up inside. That’s what their weakness is. You’re not going to beat them on the perimeter shooting jumpers with Westbrook and Durant. The only way to beat them is the way the Mavericks beat them, with Dirk Nowitzki and Tyson Chandler down low. Unless Oklahoma City gets some low post scoring, they’re going to win a lot of games because they have two terrific players and (James) Harden is terrific also, but you’re not going to win the championship just shooting jumpers.”