Charles Barkley on Charles Oakley’s Comments: “Dude we got into an altercation It’s over with. Let it go.”

The last time we heard from Charles Barkley here on SRI, it was rumored he lost $100,000 on a bet he made for the Super Bowl. Well, now Sir Charles checks back in to discuss some comments that Charles Oakley made on the Jim Rome Show. Oakley went after the whole TNT crew for their basketball coverage. Barkley wasn’t happy with Oakley taking cheap shots against his co-workers.Charles Barkley joined 790 The Zone in Atlanta with Mayhem in the AM to discuss Charles Oakley’s comments towards himself and others on the TNT NBA crew on a recent episode of the Jim Rome Show, Oakley holding a grudge with him for 20 years, Oakley being ridiculous for holding a grudge against him this long after the fact, Oakley being dunked on during his career, and his evaluation of Jeremy Lin. 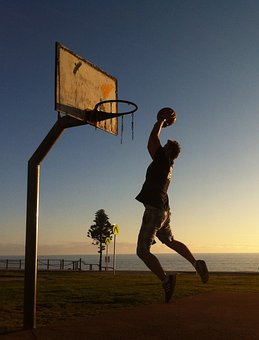 What’s up with Charles Oakley? What is going on here?

“Hey dude I don’t think Charles Oakley like us. I don’t think he likes our show [on TNT]. Thank god he doesn’t have a Nielsen Box. I think Charles Oakley still – we got into it probably 20 years now. It had to be because I have been retired for 12 years and I think I was in Phoenix, so that makes it another four years. I played my last four years in Texas, so I think he is upset about something. We got into when I was playing in Phoenix and he is still upset.”

“Yeah I think so. First of all I want to give Kenny [Smith]…Kenny is wrong. We won 5 Emmy’s. [Host: Charles Oakley said you guys are a bunch of clowns. He says you are a fraud. What does that even mean?] I don’t even know what that means either. First of all I don’t take it personally. My job is to give my opinion. I don’t think everybody is going to like us, but listen I am going to do my thing. I am going to be honest and straightforward, but I don’t go crazy if people don’t like me. I don’t like him [Charles Oakley] going after Kenny and Ernie [Johnson] because they are both great, but if he don’t like the show I am not going to sweat it.”

So is this beef with you on or off the court for Charles Oakley? Who holds a 20-year grudge for an on the court thing?

“Thank you. Thank you very much. I am glad you mentioned that. Dude we got into an altercation in 1994. It’s over with. We don’t even play anymore. I have been retired for 12 years. I mean we’ve never had an issue off the court, but we did have a little altercation back in the mid 1990′s, but dude I have been retired for 12 years. It’s over with. Let it go.”

He also said throughout his 19-year career he only got dunked on 3 times?

“Well first of all I thought Floyd was 100% wrong because if you look at this guy’s numbers – when you are talking about the most points scored by anybody every like I saw that list. Shaquille O’Neal had the record followed by Kareem Abdul Jabbar and Dominique Wilkins. He broke records that those guys set. The thing that I like about him is even though the night Deron Williams scored 38 points, but Jeremy Lin still had 21 points, 7 assists and 8 rebounds or something like that. That is a hell of a game. Somebody get 21, 7 and 8 that’s a hell of a game. It’s a great story man. This guy picked up off the scrapheap. The thing about it…yeah he had too many turnovers. No question. But they were winning. They still winning. It’s a great story. I think Floyd was 100% wrong. 100% wrong. It has nothing to do with…man that is the cool thing about sports. I am talking about sports and not fans. Man we don’t care about what color or whatever you are. It’s really cool what he is doing and I am happy for the kid. He seems like a great kid to be honest with you.”