Charles Barkley Never Shies Away From the Truth

Charles Barkley is a huge sports fan that can talk on any sports topic. He is always at either a boxing match, football game, and of course, a basketball game. He went to Auburn and has been following the football team very closely this season as he openly discussed his disapproval of the Gene Chizik hire. He was sold on the University of Buffalo’s football coach, Turner Gill, but since then he is singing a different song.With the NBA season less than 2 weeks away, Charles has been relaxing like a ‘couch potato’ soaking in all of the football and baseball before his rigorous schedule begins with TNT. As you can imagine, Charles dislikes most referees and is a big fan of instant replay. Charles Barkley joined ESPN Radio Dallas to talk about his favorite sporting event where he would go every time, whether he is favor of protecting the quarterback or whether the physical play is being taken away from the defense, what Tony Romo should be asking Tiger about being the best, and how concerned he is with NBA replacement officials. 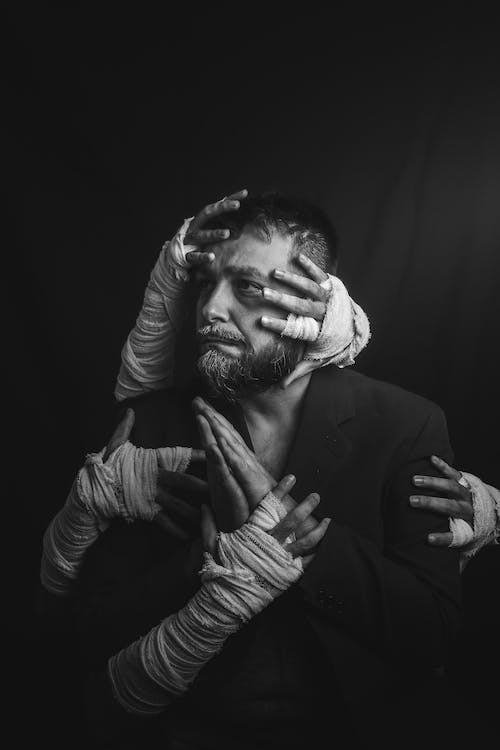 On His Favorite Sporting Event Where He Would Go Every Time:

“My two favorite sports to watch are boxing and football.  The reasons are those are the only 2 sports which you got to have a certain amount of courage. Y ou know you can be talented in other sports, no hating on other sports, but boxing and football are unique. I have never met anybody in either sport who wasn’t a little crazy. I do think to play those two sports you have to be a little bit crazy. Like I say, every boxer that I met and every football player that I have met, you could see that they are a different animal. (Host: The NBA is not lacking in craziness.)  No, no. I am not talking about crazy like crazy.  I am talking about, you have to…Let me rephrase this.  You have to have heart in those two sports.  There is no chicken coming out of there.  I mean if you put on the football pads or you step into the boxing ring, it is a serious, serious deal.”On whether he is favor of protecting the quarterback or whether the

Physical Play Is Being Taken Away From The Defense:

“No, I don’t think you can have a double-standard.  I mean think about it.  You cant protect the quarterback and wide receivers.  The offensive and defensive lineman, they are just going crazy on each other on every play. I don’t think that you can say that: We can’t hurt our stars.  When I hear guys say that, I just think that they are stupid. I think the difference between hitting someone hard and a cheap shot, clearly you don’t want cheap shots, but I don’t think you can have a set of standards that we have got to protect the quarterback.  That ain’t cool at all.”

On What Tony Romo Should Be Asking Tiger About About Being The Best:

“Well first of all I think to be great, it has to be your #1 priority. I think first and foremost. I think you could be pretty good. I think you can be talented. I think before you make that next step to being really great or to be really, really good. I think sometime we throw around the word ‘great’ too much. I think to be really, really good that has to be your #1 priority. That foremost above everything. It is funny you talk about Tiger. I have become friends with Anthony Kim and I was talking to him the other day trying to tell him: Let this B.S. with Robert Allenby go. Nothing good is going to happen if you all are going back-and-forth. The one thing that I will say about Tiger is that when we go out, he can drink. He drinks but he never drinks when he has got a tournament. So I think you distinguish those two. If we are just going to Vegas to screw around or we are just going around, he might have a couple of beers or something. If he has got a tournament, he does not drink. I am just relaying the Anthony Kim story. Maybe Tony can learn that ok that there is certain things that I got to do when I play and everything else has got to be 2nd.

You can have fun when you are off:

On how concerned he is with NBA replacement officials:

“The season starts Tuesday next week.  You know our officials, with the exception of Mike Mathis, are great officials.  I always leave Mike Mathis at the edge because I don’t like him one bit or one iota.  But our officials they do a good job.  You know what’s funny to me when people start talking about officiating?  I say first of all, an official is always subjective.  Always subjective but the difference between a good call and a bad call just depends on whether you get the call or not.  These guys aren’t trying to screw up.  They are out there busting their butt.  They feel bad when they miss one.  The only problem that I have with all sports, as far as officials go, I think we should utilize instant replay because I don’t understand so bad that the guys can’t admit that they made a mistake.  To me football is the worst because if you watch football you got guys who sell insurance all week, who come out on the weekend to try and keep up with guys who run like  I am not the smartest guy in the world but I know… Its funny every time you look at the NFL game you are like first of all they are not full-time.  You got guys that sell insurance throughout the week and now he is going to try to keep up with Patrick Crayton.  What’s the kid who had a big week for Dallas?  (Host: Miles Austin.)  I mean come on.  The guys is running and you see him sometimes.  The guys are running full speed trying to look back.  Of course they are going to miss some calls.  You look at base ball right now.  I am a big believer that I would rather get the call right and somebody is going to complain about an extra 10 minutes on a game?  I don’t even worry about them anyway.