It’s been a little while since we heard from Charles Barkley here on SRI. The NBA on TNT analyst drops in to discuss his initial feelings on the season so far.Sir Charles is a big fan of the Brooklyn Nets and they didn’t disappoint him by beating the New York Knicks, 96-89, on Monday night.Charles Barkley joined 98.7 ESPN New York with The Mike Lupica Show to discuss the New York Jets keeping Rex Ryan as their head coach, the Brooklyn Nets being the best team in New York, his reason behind loving the Nets, his favorites in the Western and Eastern Conference and the Los Angeles Lakers hiring Mike D’Antoni. 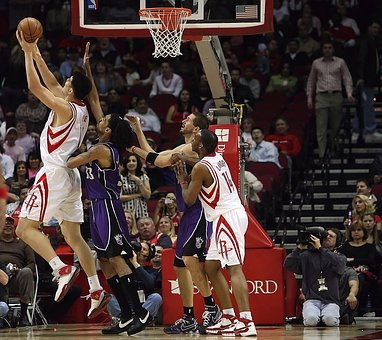 Would you fire Rex Ryan?:

What’s your opinion on the Knicks and Carmelo Anthony?

“Let me tell you this and I said the same thing last week: The best team in New York is the Brooklyn Nets. … Listen, I love Carmelo Anthony — great, great offensive player. I thought a couple of weeks ago when he had a bad game, he got 12 rebounds and I said, I like that because he became one of the players [that] if he doesn’t score, he wasn’t helping you in the game, but they are starting to play. Their defense is starting to lack now. But the one thing I told people, and they weren’t paying attention to it, even when they were winning, they would still get out-rebounded every game, and I told you the only two concerns I’ve got with the Knicks are defense and rebounding. If you see, even when they were winning, they weren’t rebounding. … Every game they won during that stretch, they got out rebounded. I said, ‘I don’t think they are going to keep their same defensive intensity for the simple fact that those guys have never played defense other than Tyson Chandler.’ I think at some point, when things start going bad like it did down in Houston, they are going to revert back to their non-defense … and that’s why the Nets are the best team in New York.”

“The Nets are better at every position and they’ve got a much better bench. I mean, take away Carmelo Anthony. Deron Williams is a better point guard. Joe Johnson is a better No. 2. Gerald Wallace is a better No. 3. Kris Humphries is a better No. 4. I like Brook Lopez’s game. He’s got to do a better job on the boards. He’s much better offensively than Tyson Chandler; Tyson is a better defender and a better rebounder. Then when you go to the bench, I like Andray Blatche. I like Reggie Evans. I like Marshon Brooks. I do. I just like everything better about the Nets, just as a team, and it’s going to take them a little while to put it all together, but at the end of the day the Nets are going to have a much better team than the Knicks. That’s strictly on basketball. It has nothing to do with my hatred for people from New York like Kenny Smith or guys like that. … Avery Johnson is going to have to push some buttons, but they’ve got a better team in the long run.”

I saw the Knicks getting pushed around by the Memphis Grizzlies. How many teams can play like the Grizzlies in the NBA?

“The good teams. Let’s take this for instance: If the Knicks want to play small, you are not going to beat the Miami Heat playing small. The only way to beat the Miami Heat is beat them up physically. That’s what happened when they lost to Dallas. Oklahoma City can’t beat them out. I always worry about Oklahoma City because I don’t like their big guys inside dominating Miami. Memphis can beat them. And if the Lakers ever get healthy, they’ve got a better chance. This Brooklyn team is interesting. They are better than the Knicks, but I don’t know if they can beat Miami. I’m not sure if anyone in the East can beat Miami. Philadelphia is done without Andrew Bynum. They are done without Bynum. Right now I am looking at the Celtics. I want to keep watching them play. I am going to keep looking at Brooklyn, but that’s pretty much it. Indiana doesn’t look the same. Roy Hibbert is not looking the same since he got that big money. But pretty much the East is done. I am just looking at the West right now, between Oklahoma City, who I think is the best, Memphis, San Antonio and I wanna see, when Steve Nash gets healthy, about these Lakers. But the East is pretty much a wrap right now unless Boston or Brooklyn can beat Miami.”

Are you good with the Lakers hiring Mike D’Antoni?

“Well, I just thought they disrespected Phil Jackson. Mike D’Antoni is a very good coach. But you could just tell they are not going to hire Phil Jackson. I just thought they disrespected him, to be honest with you. Listen, they were never going to give him the job. If you look at all the background, they told him to think about the job, but they were interviewing Mike D’Antoni on the side. They clearly weren’t going to give him a choice to make a decision, so they should have treated him better. He deserved that, but Mike D’Antoni is going to have change, though. That team is old. Kobe is old. Steve Nash is old. Ron Artest is old. They are not going to be able to play his style. He’s going to have change his style as a coach. Like I said, Steve Nash got hurt running up and down the court. He can’t play like he did eight to nine years ago and he ran that system. Now listen, Kobe Bryant is old. Ron Artest is old. Only thing that is going to be hurting Los Angeles is going to be a bunch of pulled hamstrings and groins if they try to play that fast.

Jason Witten: “there Is A Tremendous Amount Of Urgency We Have Right Now And It Needs To Be That Way”

Frustrated By Starting the Year in Triple A, Mike Trout Is Taking it Out on the Rest of the Majors