Charles Barkley: “I think if they take 50-50 that’s their only chance of playing this year”

There was more information released by the NBA in regards to the lockout and just like last time, it’s not good news for NBA fans. After first cancelling all of the preseason, it was announced that the two sides still were not able to come to an agreement on a new collective bargaining agreement and the first two weeks of the NBA regular season have been cancelled. It looks like the two sides are extremely far apart in negotiations and not in much of a hurry to actually get a new deal done. I remember Charles Barkley being one of the first analysts to say that he thinks the entire season will be missed in the NBA. It hasn’t gotten to that point yet and as an NBA fan I sure hope it never does because that would cost the league fans that they would never again get back.Charles Barkley joined ESPN Radio in Chicago with Waddle and Silvy to talk about the NBA cancelling the first two weeks of the regular season, whether or not he thinks the owners really are losing as much money as they say they are, if he thinks the way to solve the lockout is the players agreeing to a 50-50 split, and if he thinks fans will get turned off because of games getting missed and the lockout dragging on. 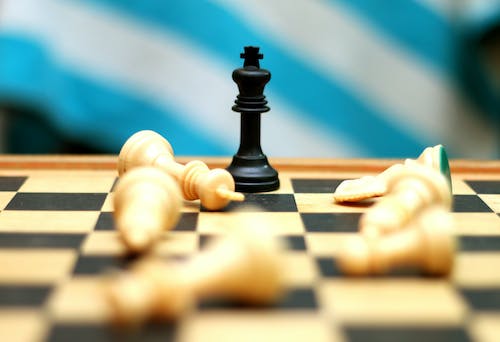 On the NBA cancelling the first two weeks of the regular season:

Whether or not he thinks the owners really are losing as much money as they say they are:

“I think in fairness anybody who thinks any business in this country – I mean we’ve been in a recession for basically three years – I think it’s disingenuous to think that all these owners as much money as they have been paying haven’t been losing some money. I don’t know how to answer that question but we have been in a recession, the only thing that hasn’t gone down is players salaries, and players salaries are gonna continue to go up. I think that is a legitimate concern. I think everyone who owns a business has really been struggling somewhat financially the last three years.”

If the 50-50 split is something the players should accept:

“In fairness that’s the way they wanted to go the whole time. I think I was the first person on the record I didn’t think they would play at all this year to be honest with you. I think if they take 50-50 that’s their only chance of playing this year. I think the owners are going by the hockey model where you might have to blow it up. It might take a couple of years for fans to get over it and now you see hockey is on a roll but they had to blow it up to make it competitive across the board. I think David Stern is the best commissioner is sports. I listen to both of these sides very carefully when they say stuff and I don’t listen to the B.S. You can fool the fans, you can fool the media, but you can’t fool somebody who is really paying attention. If you noticed something Commissioner Stern said in a statement last night he mentioned every small market team. There’s two things happening here. The NBA, these owners are going to protect these small markets. They don’t like the fact that all these stars want to play in big cities and this whole thing is going to be about we’re not gonna be like baseball where we have 20 bad franchises where we’re just kinda really a minor league system until our players get good enough and then they go to the Yankees or the Red Sox or somebody like that. I thought it was very telling with Commissioner Stern. He mentioned every small market team. That’s what this thing is about to be honest with you. They’re not going to let just the big markets dominate like they do in baseball. David Stern is not going to do that I can promise you that. Listen these players I don’t think they’re going to get a better deal than 50-50 to be honest with you. These owners are in this for the duration and the small markets are the ones they’re trying to protect and they’re going to protect them.”

If he thinks fans will be turned off by the lockout and the league cancelling games:

“Some fans are turned off right now. Let’s be realistic. First of all we’re going to lose some fans because the thing that is really funny people not paying attention to he didn’t cancel the first two weeks of the season, he basically cancelled like the first six weeks to a month of the season because he cancelled two weeks and that’s already done but at some they’re gonna have to have a free agent period and they’re going to have to have a training camp so he said two weeks but it’s gonna be a lot longer than that. You think about when they did the thing in football they had to have a free agent period and they had to have a training camp and that’s probably gonna take another two to three weeks so he cancelled two weeks but it’s really more like a month or six weeks of the regular season in my opinion.”