Tiger Woods has finally made a mistake and, no, it wasn’t on the 18th hole at Augusta. It was simply driving at a low speed leaving his house at that caused him some trouble. Somehow he wound up hitting a fire hydrant and bouncing off into a tree on his neighbor’s property in Florida and no alcohol was involved? The neighbor then dialed 911 and reported the crash and said that Tiger was unconscious. What really happened to Tiger? Why did he hit the tree? Did his wife really bust out the back window with a golf club to come to his rescue and pull him out of the car? These are all questions that we all wonder but probably will never know because Tiger is such a private person and has denied the Florida Highway Patrol three different times to be interviewed about the crash.The crazy thing about that is if you or I were to get into the same kind of accident the police would have talked to us a while ago, but since it is Tiger he has the option. Yes, I understand that he deserves his privacy like the general public but he is not a normal, everyday person. He is an iconic figure and is making millions upon millions of dollars because people like you and I pay money to go and see him play golf. Tiger needs to come clean. Don’t just place a statement on your website. Go out and face the public because the privacy card doesn’t work here. It is just going to do is make it worse. The rumors are going to continue to fly and will only do harm to his almost-bulletproof reputation. Tiger Woods’ good friend, Charles Barkley, joined WIP in Philadelphia to talk about whether he had heard that the Florida Highway Patrol were trying to get an arrest warrant for Tiger Woods medical files, whether he thinks that Tiger’s wife was the aggressor and that Tiger is just taking the backlash for it, whether he thinks that the public would forgive him for coming out and telling the truth, and on nobody being perfect. 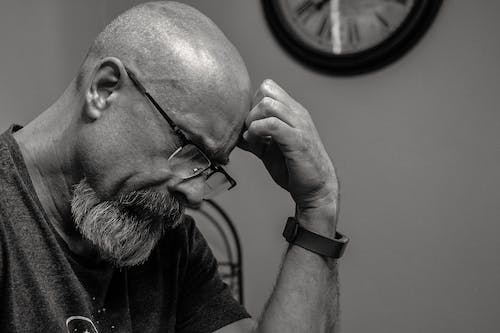 Whether he had heard that the Florida Highway Patrol were trying to get an arrest warrant for Tiger Woods medical files:

“Well I will just say this, you know Howard (Howard), one problem that a lot of celebrities got…you have to be really careful to try to handle everything. Sometime we give like, well not me because you know I have a strict rule; I don’t want no PR person talking for me cause they don’t make it work. They aren’t going to make it better. I think he is really making a mistake in not talking to he cops and things like that. I think he is making a serious mistake.”

Whether he thinks that Tiger’s wife was the aggressor and that Tiger is just taking the backlash for it:

“Well I think there is some truth on that but the problem we got is that none of us know the truth. I think the police know the truth, I do. I think the police know the truth. That is the problem right there.”Whether he thinks that the public would forgive him for coming out and telling the truth:“That is what I am saying Howard (Eskin). I think he is making it worse. First of all, if, if, if that happened, I think all the secrecy, his statement apologizing – I am not perfect and stuff like that. I think they are making it worse. I mean I would love for him to come out and say: “Hey we had a disagreement. I am sorry for the uproar. Please give me my privacy”. I think the public would be cool with that. But the TMZ,

National Enquirer, him keeping quiet and avoiding the cops and things I think people are going to say at this point:

Hey we need to know the damn truth now. In the beginning it was like maybe the dude did have a wreck but now with all the stuff coming out with bits and pieces you are like he didn’t just hit a tree or a fire hydrant cause some other stuff was going on. I think when you don’t come out and address it… Well if he just said we had a disagreement it is over with… I think because of Tiger and who he is I think the cops would back off of him. But I don’t think he can make them look bad. If they keep coming to your damn house and you keep telling them no I think that is very dangerous… I am speaking from first hand experience you know what sir I really apologize. It is 100% my fault. Please forgive me and I got to go. For those of you who try to hang around and do like Roger Clemens or A-Rod and things like that when you are kind of like I don’t know what I was taking and things like that. It wasn’t my fault. Man it just makes it worse Howard.”

On what he said to Tiger when they spoke:

“You know I love my boy to death and I don’t know what happened. I want to make the clear. I just told him that I love him and hang in there, but I think he is just making it worse on his self especially in a really bad time when he is supposed to have a big press conference tomorrow for his golf tournament. (Host: He cancelled. He is not going.) Well see that only makes it worse… That makes himself look worse if he doesn’t show himself in public. That is going to make all those rumors that he is scratched up and everything. That is going to make it all worse.”On nobody being perfect:“Nobody is perfect. I mean that is like when that thing with David Letterman broke. I am like what good, I know I am going to get into trouble saying this but I am going to say it anyway, what good is being the boss if you can’t freak with the women that work with you? (Host: Yeah but she was ugly.) They were all ugly but I am just joking. I am just joking… I didn’t realize there was any other reason for being the boss because being the boss is about the eggs** most of the time.”** I have listened to this over thirty times. I am not sure what he really says.