Charles Barkley Explains Why He Predicted Mavericks Would Beat Lakers, Comments On Future Of Lakers After Uncharacteristic Meltdown
by Michael Bean

Los Angeles Lakers fans may be ready to put the recent meltdown against the Dallas Mavericks squarely in the rear view mirror, but let’s face it, that ain’t happening. Not with Phil Jackson’s future still to be determined, as well as the rash of big decisions that Dr. Jerry Buss will need to make in the forthcoming months with the roster. So, let’s hear what TNT analyst Charles Barkley has to say about the Lakers getting swept by the Mavericks in the Western Conferenec semis, the poor display of professionalism by Andrew Bynum and other Lakers notables, and his take on how the organization should proceed with its personnel decisions and upcoming coaching search.Barkley joined The Loose Cannons on KLAC in Los Angeles to talk about his prediction that the Mavericks would beat the Lakers, his reaction to James Worthy’s comments about Andrew Bynum, how he was disappointed by Bynum because he seems like a good kid, Kobe Bryant’s inability to beat Father Time and carry the Lakers on his shoulders like he’s done so many times in the past, why he thinks the Lakers don’t need to scrap the team, how that decision might effect the decision regarding who to hire as Phil Jackson’s replacement, and to conclude, a quick anecdote about how much fun he and Michael Jordan used to have back during their playing days. 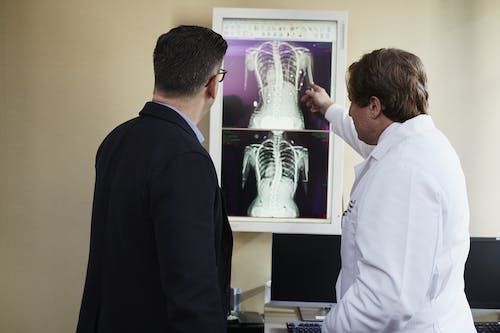 On him predicting that the Mavericks would beat the Lakers:

“Well you know, when I looked at the matchups I said ‘they’re going to have a really tough time guarding Dirk Nowitzki, really tough time. Because Pau and Andrew, they’re not used to playing out on the floor. And then I knew that would bring Lamar Odom in the game, but what that did was it killed the Lakers’ bench. So everybody’s going to go crazy over some things, but it was just a bad matchup with Dirk Nowitzki. But the real culprit is the Lakers’ bench and their lack of foot speed, now they’ve got to address those two problems before next season — really important things.”

On James Worthy saying that he can’t excuse Andrew Bynum for his behavior in Game 4, particularly the moment when he took off his Lakers uniform:

“Well I felt bad because [Bynum] could have hurt that kid. He’s a little guy. If you hit a big guy, at least he can handle it. But when you get a little guy in the air and hit with a forearm like that, he could have broke his ribs or he could have come down and hurt himself really badly. But I was disappointed in Andrew because he seems like a really good kid, I like him, but you can’t get that frustrated where you try to hurt somebody. And I’m a guy…hey listen, you can take hard fouls, I’m not against that.  I mean, some of the stuff you see in the NBA now, you think there are girls out there playing. You can’t give up layups all the time. But the one thing you can’t do is — we’re all in this thing together — you can’t try to hurt somebody.”

On the ultimate ‘closer’ Kobe Bryant failing to come through for the Lakers:

“Well he’s older. He’s older now. I’ve said the last year that he’s slowed down. You know, Tim Duncan has slowed down. I mean, listen, Kobe Bryant has been in the league a long time. He’s on my list…I made up a list, and he’s the sixth greatest basketball player ever in my opinion. He’s been a great, great player. But I tell you, the ain’t but two things in life that are undefeated — Father Time and those Las Vegas casinos.”

If he thinks the Lakers should look to Brian Shaw to potentially replace Phil Jackson as head coach despite his inexperience, or if they’d be better off looking outside the organization and finding a fresh face and voice to lead the team:

“Well the key is going to be whether they rebuild the team or not. I’m not a big believer that they need to tear this team to shreds. I mean, you think about it — you’ve got Kobe, you’ve got Gasol, Bynum and Odom. So you’ve got four really good pieces. Now you’ve just got to get more athletic around the perimeter, and you’ve got to build the bench. Now, if you’re going to stick with that team, I don’t see any reason to start over or get a young coach that hasn’t been with the organization. Now, if you’re going to scrap the team — I know Kobe won’t let that happen, he’s going to want to play out the string this next couple of years. They’ve got to make that decision, but I don’t think they’re going to scrap the team totally. I heard Magic say that. Kobe don’t want to be in Steve Nash’s situation where you’re playing on a bad team your last couple of years in the league. That ain’t no fun.”

On Michael Jordan telling the girlfriend of one of the hosts that even though she might have heard some stories about him and Barkley’s late-night exploits during their playing days, she hadn’t heard but a fraction of them:

“Well you know what’s funny? We had fun. It’s not like it is now where you’ve got the papparazzi hiding outside your hotel, or you’ve got TMZ following you around. We had a blast. I have no regrets, I’ve had a magnificent life. Hey, you’re a 20-something millionaire! What are you supposed to do? Go home every night?”