Charles Barkley lost a bet with ESPN Chicago’s Waddle and Silvy regarding the New England Patriots/Baltimore Ravens game earlier this season and he agreed to come on with the fellas for an exclusive two-hour edition of “Lunch with a Legend.”Sir Charles sure didn’t disappoint once again as he spoke about his current relationships with Michael Jordan, Tiger Woods and Lance Armstrong.Charles Barkley joined ESPN Chicago with Waddle and Silvy to discuss being with Michael Jordan when he received the news that his father’s body was found, Jordan being a bad general manager, Jordan calling him regarding his comments about being a bad general manager, MJ not liking when he is criticized by friends, not wanting to work for Jordan, wanting to see him do well from a general manager standpoint, not talking with Tiger Woods since his accident, not giving up on his relationship with Woods, not liking people taking shots at Tiger, his relationship with Lance Armstrong and not being shocked by the news that Armstrong used banned substances. 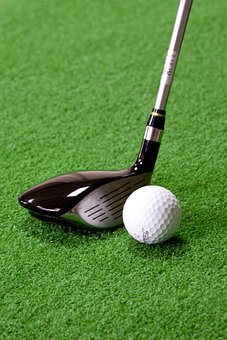 So what was that like? You’re with Michael Jordan and Michael gets that phone call that his dad’s body was found?

In regards to Michael Jordan being a bad general manager, honest is honest right Charles?

Well how did Michael Jordan defend himself in that call?

“I thought my name was S.O.B and M.F., like damn, I couldn’t even say anything. I said, ‘Dude I can’t get on the radio and tell people you been doin’ a good job.’”

Did Michael Jordan try and defend himself on some of the moves? Or was he just relying on your friendship?

“He’s relying on our friendship and I said, ‘Dude, I love you, you one of my best friends, period. You been there for me, I been there for you but.’ I think he got mad; he surrounded himself with people. One of the really difficult things about being famous, all your friends, you’re paying all the bills, they’re flying around on your private jet, very few of your friends are ever gonna disagree with you. And I think that’s the thing he got most mad about, ’cause I mean his record speaks for itself and I wanna see Michael do well, but I think that was actually an example when he thinks you’re supposed to be with him no matter what. But dude, you gotta get better people to wear on you if you’re gonna be successful. … You gotta have friends around you who [are] not afraid to say, ‘Oh that guy can’t play.’ And we’re cool now.”

What if he said to you “Charles can you come be part of my management group and help me try to get things back on the right path?”

Oh he could, he could afford anything?

“First of all, let me tell you something, Michael is as cheap as they come, trust me.”

Did you guys go through a rough patch after that or are you still as close as you’ve ever been?

“I think Michael’s one of those people, he has to calm down … because in the long run, I was right. He’s got to hire people around him to help him make better basketball decisions. Ya know, ’cause I wanna see Michael do well. Nobody wants to see Michael — I hate when I’m watching T.V. and guys are killing him, I hate that to be honest with you — but I wanna see him do well. Nobody wants to see Michael do well more than me.”You joined us about Tiger and it was right before the Ryder Cup and the quote made the rounds about Tiger needs to get meaner. That’s not the way you phrased it,

it was about the Greg Norman statement. Have you talked to Tiger?

“No, I have not talked to Tiger since the accident.”

Have you given up reaching him?

“I’m not worried about it; I want Tiger to do well. … All of us want nothing but the best from Tiger. But I will say this, I’m not gonna turn the other cheek all the time. I’m not gonna take the high road and I’m sick of these people, they been beating him down the last few years and he takes the high road. And what Greg Norman was saying was unnecessary. You know, Tiger’s had a great year, he’s won three times this year. If anybody else won three times they would have a great year. And ya know, he didn’t win a major. See, that’s one thing I hate about golf now, like, if you don’t win a major, you [suck]. … Tiger had a great year, he won three tournaments, he’s No. 2 in the world. He’s had a great year but I don’t like when people just take shots at guys. I hate that. Tiger ain’t bothering anybody right now. And I just think, ‘Dude, quit taking the high road.’”

Personally why do you think he hasn’t reached out to you,? Why has your guys’ relationship been different?

“You know what, I have no idea. You know, I played all those scenarios. But I not gonna get mad, like I said. Everybody knows what happened. I still want him to do well; when he’s on the golf course I’m going to be watching. But he’s got to handle everything the way he wants to. I mean, I have no idea what happened. But I just wanna see him do well. But I don’t want these people taking shots at him.”

When I bring up the name now Lance Armstrong…

“Been a rough week for Lance, been a rough week for Lance. Ya know what, I casually know Lance Armstrong and I’ve always liked Lance Armstrong, but man, its’ been a really bad week for Lance. You know, it’s an interesting thing to be honest with you, ’cause like apparently everybody in cycling cheats and I’m not condoning it or whatever, and he’s done some obviously some great stuff with the cancer thing, but what do you think people are more offended by? ‘Cause honestly I think they showed a stat the other day like everybody who’s won in the last 20 years has like tested positive for drugs. So it’s an interesting dynamic. People are mad because he won’t admit he did it.”

Don’t you subscribe to the theory if you’ve made a mistake, get out in front of it, apologize for it and try to move on?

“Yeah you gotta do that. Ya know, I think one of the reasons, I think a lot of people, especially in sports or anybody who is in the limelight … you can admit you’re wrong when you screwed up. I think that’s why I’m never gonna hire a PR person because I ain’t gonna pay somebody to tell me what to say. If I screw up I’m gonna say, ‘You know what? I really screwed up.’ That’s all you can do. Some people gonna forgive you, some people not gonna forgive you. That’s just the way it works. To think that everybody’s like you is silly. To think that everybody’s gonna like you and forgive you is silly. But you say … ‘Ya know what … I really screwed up,’ and move on. And Lance is gonna have to do that. He’s gonna have to do that at some point. I don’t think people are gonna really hate the guy forever. It ain’t like I was shocked … If I saw Lance I would shake his hand and wish him the best, but its not like, ‘Oh really?’”

Vernon Davis: Kaepernick Played Last Night and happened to do a Good Job but Alex (Smith) is Still the Man, No Question

Jordan Crawford Lebron Took Over After I Dunked On Him

DeAndre Jordan on His Monster Dunk Over Brandon Knight