After Tiger Woods had wrapped up his final round at the Masters on Sunday, taking the lead into the clubhouse at 10-under par, my friend turned and asked who I was rooting for. I didn’t think Tiger had gone low enough at that point, particularly with so many players with quite a few holes left.I thought for a few moments and opined about how it would be fun to see an American win it, so thought of Bo Van Pelt. But the second name that came to mind was Charl Schwartzel. “He hasn’t been here before, no way,” my friend said. I didn’t really have an argument at the time, even though I later learned Schwartzel has been rock solid in majors lately. And there was no way either of us could have predicted Schwartzel’s furious finish.The South African became the first player to birdie each of the last four holes to win the Masters and the green jacket that comes with it. By the time that run had ended, nobody in our vicinity could help but root for the guy.Charl Schwartzel joined The Dan Patrick Show to discuss what he’s done with the green jacket since he won it, if he was prepared for the noise at Augusta, what the win means for South Africa, when he realized he could win, which players he was most concerned about, what it was like to see Tiger high on the leaderboard, why he got aggressive to make his final putt when he could have two-putted for the win and where he got the name Charl. 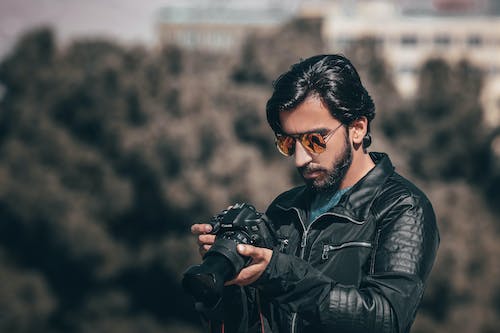 Has he taken the green jacket off yet?:

Was he prepared for the noise level of fans all around him on other tees and greens?:

“This was my second year. Last year I experienced all the roars that go around Augusta. I was pretty prepared that it was going to be quite loud out there and it sure was. Every single hole you walked up to there was someone doing something. … I thought it was a very, very exciting day.”

How big is this back in South Africa?:

“I think it’ll be big. I don’t think I actually realize quite what it means. I’ve received so many text messages and people are phoning. I think more people were watching than I thought there would be.”When did he realize he could win?:“After that shot, I chipped in on one and that just got things going really well. Then, obviously making the eagle on three and Rory having bogeyed the first, all of the sudden now we were all square. … There was obviously a lot of holes to go … but you just needed to finish the job. Tiger was making such a big move and he was tied for the lead and it was all going to come down to who makes the birdies on the back nine.”

Who was he most concerned about?:

“Obviously we were looking at Rory and he was leading until he had that hiccup on No. 10. I was on the 12th tee box. … Up until then, I was only looking at Rory. Then, to be honest, the leaderboard became a blur to me. I looked at them, but I didn’t understand what I was seeing because everyone, there were so many guys, all of the sudden now, that had a chance of winning. By the time Adam Scott made that birdie on 16, he was the guy we needed to beat.”

What was it like to see Tiger’s name on the board?:

“You almost expected it. I think he’s been so close lately, playing good golf, and it was just a matter of time. … It was exciting. It’s a thing that you dream of. You see him win so many majors and it was nice to compete against him.”

Why did he try to make his last putt instead of lagging it and making the easy par?:

“I think the most difficult thing in golf is to tell someone, ‘All you have to do is two-putt.’ … The greens were looking like glass and had been trampled on all day and you’re standing over this 14-foot putt and asking yourself how you are going to two-putt this thing. So I practiced that putt in the practice round and I said, ‘You know what? Why don’t you just make it?’”

“My grandfather was actually Charles and, I don’t know, my mom didn’t like the name Charles, so she just took the -es. That was going to be my name and she changed it. There’s a lot of Charl’s in South Africa.”