Channing Frye on NBA Lockout Impasse: “When you get it figured out, give me a call, I’ll be ready to play.”

Onward we go through our tour of NBA players to see their reactions to the ongoing NBA lockout that continues to jeopardize the NBA season each passing day. Next stop? Channing Frye, the soft-spoken F/C of the Phoenix Suns that admits to not being too wrapped up in the daily proceedings of the labor negotiations, but is nevertheless informed enough and opinionated enough to check in with to hear his take on the impasse that has already forced the entire month of November to be canceled from the schedule.Frye joined KTAR in Phoenix with Burns and Gambo to talk about how weird it was to not have Opening Night games take place on Wednesday night, whether he’s concerned that the entire NBA season might be canceled, how long of a preseason he feels players and teams might need to get ready once the lockout is potentially lifted, why he has personally chosen to not be heavily involved with the negotiations as a player and instead relied on others from the players union for information and leadership, and how much of a concern solidarity amongst players is once more and more paychecks are missed in the upcoming weeks. 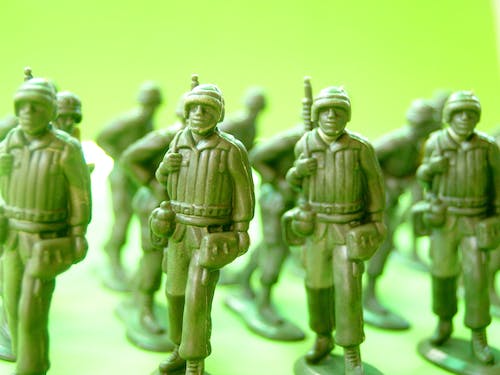 Was it hard not having games on Wednesday night when the 2011-2012 season should have been getting underway:

“Yeah it was very weird, just this whole situation is very weird. But, you know, I try to make every glass half full. It’s been awesome spending time with my wife and my son just being able to develop my game and my body, and just take the time to get really healthy and a lot of workout time.”

If there’s a concern that the whole season might be lost:

“I think that concern is just one of those things that’s going to happen. But for me it’s just like, look, when you get it figured out, give me a call, I’ll be ready to play, ready to put on that Suns uniform. I miss the crowd, I miss being able to play with the guys, and I feel like ending the season the way we did last year wasn’t good at all. So I’m ready to go back out there and get back to winning ways.”

If he thinks players and teams need an extended preseason before being ready to start a new season, whenever that may be:

“No, no, I don’t think you need an extended preseason. You look at the whole process, you probably need 10 days for free agency. I don’t know if that’s completely gone through with like the new amnesty thing that’s completely going to change free agency. Then you have other guys that are well coveted free agents — Nene, Jamal Crawford — that’s going to take about 10 days. Then you’ve got training camp, that’s going to take about four days. I would say two or three preseason games would be max. I think that gives everybody the opportunity to play themselves into shape and get better, and I think it gives an opportunity for guys to to get used to the new guys on the team, the new additions, and the rookies to get used to the new rules.”

Why he personally has chosen to not be involved with negotiations like some other players have:

“I’m extremely competitive, you know what I’m saying? I have a very, very mean streak when it comes to winning and losing. I think during this whole process, I’ve just tried to stay as calm as possible. I don’t want to take anything that any owners say, or that any players say personal, or don’t take anything personal against me. I look at it as what’s best for basketball and what’s going to be best for the players for the next 10 years and the game of basketball really. For me it’s like I’m not in New York, nor do I want to fly to New York. We have great representatives with Jared Dudley and Josh Childress, and I’m close with Derek Fisher and some of the other guys. So I’m extremely well-informed, but at the same time, to get emotionally involved in ‘is it going to happen today, or is it going to happen tomorrow?’ I just don’t want all these ups and downs, and I think you take the same approach when you play basketball. So for me, I’m just trying to keep my ups and downs very minimal and just try to take advantage of every day that I have to continue to work out and get better and spend time with my family.”

Whether there’s a concern about solidarity breaking down once more paychecks are missed:

“I can only speak for myself, but I feel like we’re extremely well-informed for up to almost two years — ‘save your money, the owners are going to lock us out.’ You know, it’s not like this lockout is something new that just popped up at the end of the season. The owners have said to us two years ago almost, ‘we’re going to lock you out.’ So if people aren’t saving money, then I think we have available….I don’t know what the word is….we have people available to them to help them out during this time. I think right now it’s a chance for us to really step up and make sure that we’re getting a fair deal. During this whole process, it’s been tough and everybody’s kind of learned how to budget. Yes, we make a lot of money and this is just both sides need to come together for the betterment of basketball so that the fans can watch basketball.”