The Buffalo Bills don’t exactly have a reputation as big players in free agency, but we kept hearing early in this offseason that the usually conservative Bills were going to throw some weight around on the open market. The rumors were true — Buffalo immediately made a play for elite pass rusher Mario Williams, and after a slightly drawn-out courting session, signed the former top pick to a record-breaking contract. Now, with Williams teaming up with first-round pick Marcell Dareus and the underrated Kyle Williams, the Bills have one of the scariest defensive lines in football, and the excitement level has risen significantly in Western New York.Bills head coach Chan Gailey joined TSN Radio in Toronto to talk about his newest acquisition, the courting process, how Williams will change the defense, his impact on the city as a whole, and if his presence helps make the Bills a playoff team. He was also asked whether this move brings an end to Buffalo’s assault on the free-agent market. 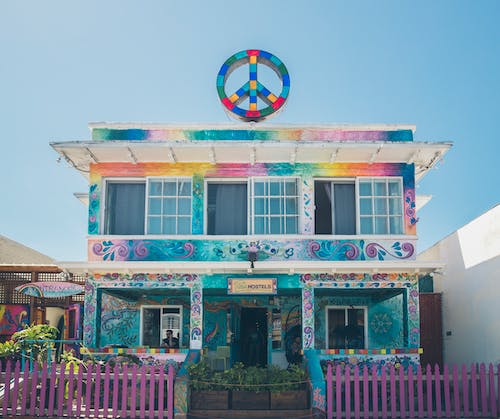 On the feeling of signing Williams:

On the process the team went through with Williams this week:

“The first conversation was over dinner and it was just a “getting to know you” session. Him getting to know me a little bit, me getting to know him a little bit, see what he’s like as a regular guy. And then when we got into the next day — which was yesterday — when we got into that it was conversations about football and his role and where he wants to be in this game. Just general stuff about the game and about his approach to the game, and where he’d fit in and and how he’d fit in with us. And then it was just a matter of him feeling comfortable that we were gonna be the type of organization he wanted to be associated with.”

On if it was a tough sell:

“He’s smart enough — and he said this in his press conference — that he came in with an open mind. He said, you believe what you see. Don’t believe everything you’ve heard about something — go see for yourself. So he wanted to come see for himself. And I think he felt like we were a very up-front and honest organization. He liked the area, he liked the community. I don’t think he’s a city slicker by any means, so he liked the family feel of Western New York and the Buffalo area. So I think that had a big part of it. And I didn’t try to convince him — if I can talk him into it then somebody else can talk him out of it. I wanted to show him who we are and let him decide if this is what he wanted.”

On how Williams changes the Bills:

“Well obviously he is a presence as a pass rusher and we lacked in that area, which is of no surprise. And I’m not shocking anybody. Everybody knew we struggled rushing the passer. We rushed the passer better in Toronto than we did anywhere, with 10 sacks up there when we played. But the rest of the year we were bad at rushing the passer. So this guy gives us a presence. He’s an edge rusher with speed and strength, he can play the run as well as the pass, and with our two defensive tackles that are great players in their own right inside, all of a sudden we’ve got a pretty good pass rush going. And it will be fun to play defensive end on the other side — or linebacker — with those three guys playing in there right now.”

On what this does for Buffalo’s psyche as a city:

“Well I think anybody likes to be said that they’ve got a good thing going. And what a high-profiled guy that chooses Buffalo says is, ‘Hey, that’s a pretty good place. Maybe you ought not to pre-judge it. Maybe you oughta take a look at it yourself before you pre-judge it.’ Because that’s what I did — I had heard things, but I came up here and looked at it and it’s pretty good. So when a guy who has choices chooses this organization and this area, it says a lot. And so it has to help everybody’s feeling about things in general and feeling about themselves and where they live.”

“We’ll I’m a glass-half-full kinda guy. Always have been, always will be — I think we’re going to make it every year. I mean, if the leader doesn’t think we’re gonna be (in the playoffs), what kind of leader am I? The rest of us have no chance if the leader doesn’t think you’ve got a chance to be a great team. So I think we do. We went from 26th in the league offensively the year before to 14th in the league last year, and had a few injuries there. So if we can stay healthy and we can continue to improve offensively, I think we’ve made a big jump defensively, we’ll continue to get better with our draft. So yes, I think we are going to be a legitimate contender next year to get to the playoffs and then have a chance at some point to go be champions. Because that’s what this is about — you wanna go be the champion.”

On if they’re done making moves in free agency:

“I don’t know, Buddy (Nix) and I are gonna talk about this. I mean, that took a pretty good chunk of our cap money today, so we’ve gotta talk about it and see where we are and see if that’s the direction we want to go or not.”

Tongue-in-cheek, on if the bigger story in Buffalo is the Williams signing or the Sabres’ playoff push:

“You know what? In my book it’s Mario Williams being here, but I’m a big Sabres fan too so I’m excited about their push.”

On the “Buff Rush” as a nickname for the new defensive front in Buffalo. Take it or leave it?:

“I’ll leave it. Let me tell ya, that’s not my deal. You guys — that’s what ya’ll get paid for. Ya’ll come up with these great names and all this great stuff — my job’s to make sure they can rush the passer, and that we do win games. Then it’ll be fun to do those nicknames when we do that. Let me try to do my job and I’ll let you guys do your job.”