Champ Bailey on the Broncos’ Loss to the Patriots last Sunday: “We’re not as close as we thought. We got a long way to go.”For the first time since Week 7 of the NFL season, we’re featuring a Denver Broncos interview that doesn’t revolve around the polarizing figure that is Tim Tebow. Champ Bailey is without a doubt on his way to the Hall of Fame in the future, and the 13-year cornerback has been through his fair share of ups-and-downs with this franchise. Bailey tells it like it is after the disappointing 41-23 loss to the New England Patriots last week. It was a wake up call to a team that has been playing over their heads defensively and specials team wise to make up for a quarterback that has every intangible possible, but not the strongest throwing arm. No.24 believes there is a lot to take from the loss to the Patriots as the Broncos make their way out to Buffalo this weekend, looking to inch a step closer to clinching an improbable AFC West crown. 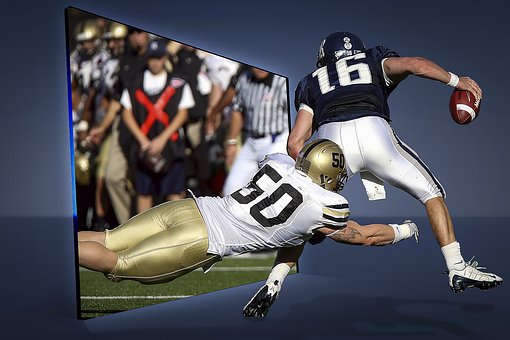 Champ Bailey joined 102.3 The Ticket in Denver with CJ & Kreckman to discuss the feeling in the Denver Broncos locker room this week after losing their first game in seven weeks, being annoyed with the Broncos coaching staff for not being in on a goal line package where Tom Brady threw a pass to Aaron Hernandez coming off a timeout, what the Broncos took away from the loss to the Patriots last week, being open to the idea of transitioning to the safety position at this stage in his career, or in the near future  if need be, and the Green Bay Packers benefiting from losing a regular season game this season.

What does it feel like to lose a game this past Sunday after winning six in a row? What is the feeling like in the locker room getting ready to play Buffalo?

“Well first of all thank god for the short week. We don’t have to wait an extra day to get this off our back. It’s disappointing to lose. We learned a lot from that game. You hate to lose and learn, but that’s the way this league is and we just gotta continue to grow. I think everybody is going back to the drawing board and let’s figure out what we did wrong and make sure we don’t make those mistakes again.”

One play really stood out in that game against New England. It was a 4th-and-1 at the Broncos 31-yard line going right up to the two minute warning. That was the play you came off the field. Tom Brady threw a pass to Aaron Hernandez coming off a timeout. You were animated on the sideline having to come off the field for the play. What was the conversation like on the sideline?

“Yeah I was disappointed because at that moment I know if I am the coach of that team I am going to put the ball in the hands of the best player on the team and that’s Tom Brady. I know it’s a pass and I come out of the game, but I am not in on that package, so there’s really nothing I could do about it at that moment. Eventually we made that switch if they did that again I would stay in, but it’s just one of those situations [where] I’m not in on that package. It’s a goal line package what they put on the field. I was frustrated. I should have been out there. I felt like I should have been out there, but I gotta do what the coaches ask me to do. I can’t override what they tell me to do.”

What did you learn from the 41-23 loss to New England last Sunday?

What are your thoughts on transitioning into the safety position if you were asked to?

“I tell you what: I don’t see it either. I don’t at all, but it would have to make sense to me. If I am going to prolong my career to move to another position it has to make sense to me. It has to be on a team that has a bright future first and foremost. It’s gotta be a transition where I kind of have a little control over what I do. I don’t want to just be a full-time safety. I gotta split some time and play third corner or something. You gotta throw me up on somewhere.”

Speaking as a player was it better off that the Green Bay Packers lost a game or went into the playoffs riding a perfect season?

“I think so [better off losing a game in the regular season]. I think speaking…if I was on that team it kind of makes you dig down deep more – refocus – because you are not as good as you think you are for guys that are thinking that way on the team because it is going to happen. You haven’t lost a game all year. You gotta be riding high, so sometimes you need a little setback to kind of push you forward. I wish they [Green Bay Packers] wouldn’t have lost. That makes them more dangerous.”