Champ Bailey: “I am certain where I am going to be and I am happy about it.”
by timgunter

After cutting off contract negotiations with Champ Bailey last October, the two parties were able to hash out their differences and agree upon a four-year, $43 million contract extension last week  It was Denver’s number one priority to have Bailey back in a Broncos uniform this fall. But as of just two weeks ago, it didn’t seem likely that was going to happen when Bailey publicly stated he was frustrated with the negotiations, and that he was going to put his home on the market.  Although the Broncos didn’t want to call his bluff, they knew Bailey would be negotiable considering the volatile, unpredictable future of the NFL with the current CBA negotiations taking place.  Even though Bailey will be playing for his third head coach in Denver, he is excited about the opportunity to work for a defensive coach, and a coach that players in this league want to play for.Champ Bailey joined 104.3 the Fan to talk about how it makes him feel about the Broncos having a priority to re-sign him, how much he thought about signing with a championship contending team, and what his initial perception is of John Fox and how his face-to-face meeting went with him. 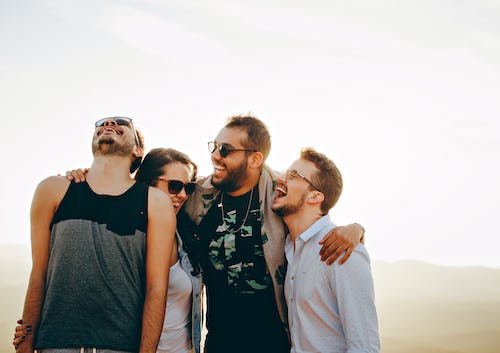 How it makes him feel about the Broncos having a priority to re-sign him:

“Yeah well it seems good now.  The process was definitely not as good as you make it sound…  It was a tough journey but in the end, yeah they made it happen, and you know I am glad that they did and they pulled the trigger.  Now it was a tough journey.  Looking back on it I wouldn’t want to go back through it again but now I am certain where I am going to be and I am happy about it.”

How much he thought about signing with a championship contending team:

“Well you know it is tempting from my standpoint but I wanted to be here and I want to win here and I don’t we are that far away.  It seems to be like that but we got some talent, we just need some pieces here and there.  I think we will be pretty close, but you know when you think about free agency at this time when the CBA is expiring, that played a big role in everything because I don’t know what the situation is going to be like.  I don’t know what the cut for the players is going to be like, so why go into the free agent market with that uncertainty and I can’t do it.”

Whether not having a consistent defensive coordinator in Denver has bothered him at all:

“Oh yeah that has been the most frustrating thing and I don’t think I have ever shied away from saying that.  I think you have heard me say that a few times.  I love stability and that is the reason I wanted to come to Denver because they had a coach that had been here for ten years or close to it.  It was like I know I am going into a situation where I know my coaches are going to be, but obviously that was not the case seven years later.”

What his initial perception is of John Fox and how his face-to-face meeting went with him:

“It went well.  He is a laid-back guy.  He is a guy that you are probably going to want to win for.  There is a lot I have got to learn about him.  There is not a lot you can take away from one meeting with him but I have talked to some of his former players and they have all had good things to say about him.  That is one thing I can count on is an honest opinion from players.  That is where I got most of my information before I got into that meeting and he didn’t disappoint me one bit.”