Two years ago, Chael Sonnen gave Anderson Silva all he could handle and nearly beat him. Sonnen made one big mistake with two minutes to go in the fifth and final round and Silva made him pay for it. Since that time, Sonnen has dwelled on that loss and has been hoping and waiting for his shot at redemption. In nearly two weeks, Sonnen will get another shot at “the Spider” in one of the most anticipated rematches in UFC history when Sonnen vs Silva II headlines UFC 148.It hasn’t been easy for Sonnen though since his loss and he has dealt with numerous controversies. Sonnen was convicted of money laundering, he abandoned a run for the state Legislature and was forced to serve a suspension after a failed drug test. When he was asked about these things in his interview back in his hometown, Sonnen was forced to end the interview early.Chael Sonnen joined 750 the Game in Portland with John Canzano to talk about his upcoming fight against Anderson Silva and how long he has waited for it, what he thinks about Anderson Silva, whether he is going to change his style after his first fight against Silva, how many times he has watched the first fight against Silva, how tough it was for him to get a rematch and whether things of his past are now behind him. 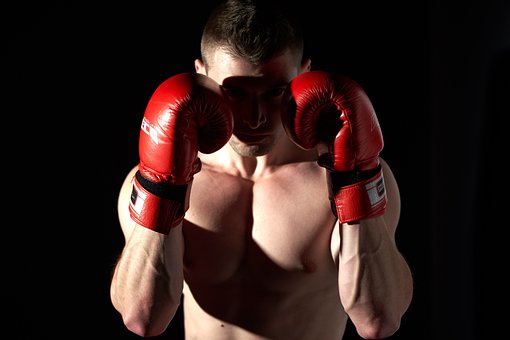 On his upcoming fight against Anderson Silva:

“I like to say I’ve waited my whole life. I’ve been in sports forever and I’ve always tried to, if I wasn’t trying to be an Olympic Gold medalist, I was trying to be a World Champion so this is the opportunity and this guy specifically, we competed a couple of years ago so I’ve waited two years just for the opportunity so it’s really a life’s work that’s going to come down to five rounds.”

What he thinks about Anderson Silva:

“Yeah he’s just a person. You hear those things but they told us that about Mike Tyson too and what a wimp that guy turned out to be when he finally got some real competition. He’s kind of like the Mike Tyson of our era  where they say certain things but at the end of the day when they lock that cage door he’s not going to have a friend and he’s not going to have a two-by-four and I’m sure he could use either one when I get my hands on him.”

Whether he is going to alter his style following his fight against Silva:

How many times he has watched the first fight against Silva:

“I’ve seen a little bit of it but it’s very hard for me to go back and watch competitions regardless of the outcome. I’ve always struggled to do that and I think it’s a flaw. I think I’d be better off if I could be disciplined and sit down and watched and tried to learn from it but it’s just not really part of my preparation. As far as the match goes I’ve spent two years working to get everything better, faster, stronger, meaner so there’s no area where I’m comfortable at but I am very confident in all areas.”

How much it would mean for his career to beat Silva:

“I have tunnel vision. I have a goal. I don’t think you can retire from a sport unless you win a world title. I think you just quit. I had to quit wrestling. I tried to win an Olympic medal and I couldn’t make the team so it hurts and that’s not a good feeling when you dedicate and sacrifice so I’m going to do everything I can to win but that’s capitalism. That’s the way it goes in all business. You succeed and you have a great path, if you don’t you don’t so I will control my own destiny and I will bring everything on the seventh.”

How tough it was for him to get the rematch against Silva:

“It was very hard to get the initial match. I’ve been calling this guy out for six years. They told us for years when I was growing up that Mike Tyson was the best in the world. The truth was he wasn’t even the best in the country. He never made a world or Olympic team and he could never beat Evander Holyfield who lived two states over. They just kept him away from him and lied to the entire planet and told them he was the best when he wasn’t. It’s a lot like that with Anderson. I’ve been telling him for six years I’m the best but he’s got to hold onto the championship. They kept putting obstacles in front of me and I kept having to go through them. That’s just the way it goes. I’m not complaining about that but that’s been my path to him and he ducked and dodged as best he could but he’s narrowed down now.”

Whether the stuff of his past is behind him:

“It’s all behind me. I’ve never been in any type of mortgage fraud I’m not sure where you just got that term from but every time I come on your show you make new things up. I guess it’s good. I just hope you’re not still beating your wife John. (Host: Come on. You didn’t plead guilty to any kind of crime?) Well sure but is that what you just said or did you specifically state a crime as you do every time I come on the show and say things that aren’t true and I’m saying I hope you still don’t beat your wife. (Host: I said you pled guilty to mortgage fraud.) Right and I said I hope you still don’t beat your wife and I was never even accused of mortgage fraud. (Host: What was it? Money laundering?) There you go. (Host: So it was money laundering in connection to a mortgage?) Now don’t you see the problem when I come on your show and you make things up. Don’t you see the problem when a hometown guy comes on? This is why I don’t like to do your show because you’re unprepared and you’re unprofessional. (Host: I’m looking right here at the research and I’m looking at the case.) You’re looking at the research? I guarantee you if I know what you’re looking at you did Google and I’m glad you said on the air that’s your level of research John. You’re about the most unprofessional guy there is. I hope you’re done beating your wife. Let’s just call the interview here because you’re wasting my time.”