Chad Johnson: “The definition of having fun is what I’ve done this entire lockout.”
by Michael Bean

The man needs no introduction. So let’s get to it. Lots of ground is covered in Chad Johnson’s Friday interview on ESPN Radio Chicago — from all the crazy  stuff he’s been up to during the lockout, his thoughts on the Bengals organization, his recent Twitter exploits, and to conclude, his impressions of Terrelle Pryor after working out with him recently.Johnson joined ESPN Radio Chicago to talk about all the fun he’s been having during the lockout,which headline grabbing activity he’s had the most fun with, how he’s worked out with 13 different NFL quarterbacks during the lockout, why he’s trying to work with so many of the league’s QBs, his recent exchanges with Jay Cutler on Twitter, what OTAs really stand for, how he wonders what his career might have been like if he had played somewhere other than Cincinnati, why it’s frustrating to him to be a part of the organization despite loving the city and being appreciative of the chance to play in the NFL for any team, how he thinks his best football is still ahead of him, why it’s crazy for people to think he’s a distraction, how his teammates would never say that about him, and what his impressions of Terrelle Pryor were when they worked out recently. 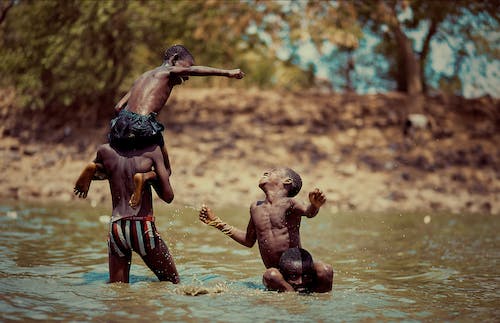 On what he’s been staying busy with and having fun doing during the lockout:

“Let me tell you, the definition of having fun is what I’ve done this entire lockout.”

“I mean just having fun, just living life, enjoying it, making the most of the situation being that some of the things I wouldn’t be able to enjoy or really do if we were under contract. I’ve enjoyed it you know, it’s been awesome.”

What’s been the most fun activity?

“The soccer was the most fun, and being able to make the reserve team that’s enough for me because there is no way I could play on that level.  There’s no way I can play in the MLS after missing ten years of repetition and just the whole nine yards. Just to be able to do that was awesome. The bull riding was fun. I think that was the most…. that was the scariest thing I’ve ever done in my life. There was a point where I really wanted to turn around and say you know what I can’t do it. You know, but I had already took the flight, I was already there. So I mean the chance of me actually getting hurt on that bull is the same as winning the lottery — you know, slim to none. That’s about it. I’ve just been doing all types of other stuff. You already know how I train and work. I’ve been training with everybody I can think of just trying to see how everybody works, and sort of steal other peoples work outs and add them to my resume.”

If he is pleased to be working out but not with the traditional OTAs that are typically held at this time of the year:

“Ya you know but the funny thing is I’ve been holding my own OTAs. And actually OTAs stands for Ochocinco Twitter Activity. Those are OTAs; that’s what OTA stands for.”

On his recent attempts to interact with Jay Cutler on Twitter:

“Ya he didn’t call me back man, I don’t know what Jay is doing dude.”

Whether Cutler called him originally:

“No, he really didn’t call me but I wanted him to. So that’s why I sent him a tweet.”

So he was just creating a stir then with his tweets to Cutler?

“Ya I just wanted him to call me, I’ve been bugging everybody’s quarterbacks through the NFL including my own, and one of the things I’ve wanted to do during this off season is actually throw with every NFL quarterback from each team. So I wanted to throw with all 31 quarterbacks, you know, just to do it just because I can.  It’s a lockout so it would be fun. I would never have the opportunity to play on certain teams or be able to play with guys that I enjoy watching like Vick and Cutler and quarterbacks of that nature. You know it was something I wanted to do, and it was Cutlers turn next, and he has yet to return my call.”

On how many other teams’ quarterbacks has he had a chance to work with:

And which was the best in his estimation?

Were he not to be back in Cincinnati, what would he think about playing in Chicago?

“See this is the funny thing:  Regardless of the media hype and some of the things they say — I’ve lost a step, he’s slowed down.  There’s no such thing. When you can play the game, you can play the game, and I haven’t even played my best football yet. One of the things that really bothered me about the Bengals being one of the worst organizations in a while, and so I think what I’ve been able to do on what they call one of the worst. What happens if I had played with someone that was different? What happens if I was in the right environment that had a winning tradition? What could I do then? You know what I mean? I look at what I’ve done over my career and I try to put myself in another place and just imagine what would it be.”

And what does he imagine when thinking about Chicago?

“It would be amazing! And regardless of where I end up I’m gonna make it happen. That’s it, doesn’t matter where I go, that little light — that little tiny light — I have is gonna shine regardless.”

On the Bengals being ranked dead last amongst the major North American pro sports teams:

“I mean that’s what I meant. Listen, let me tell you something — don’t get me wrong, the fans of Cincinnati are awesome; Cincinnati the city has been great to me; the organization gave me a chance; you know, they are the reason I’m an NFL player because they picked me in the draft in 2001. Now for some reason, for some odd reason, the mishaps for us as a team, they always fall back on me. [Whether it’s] because of my style of play, what I’ve done wrong, I’ve done this, this is why we’re losing — but it’s been somewhat of a tradition for so long. But I’ve taken that weight and I’ve tried to make us fun again to make us as an organization fun and relevant and trying to bring trying to make the best out of a bad situation but you know I had my time and I don’t know what’s gonna happen now you to this point, and people always say the grass isn’t always green.”

On what he’d say to his critics that think he’s a distraction:

On there being enough hours in a day to work hard and have some fun:

“Right right, I mean I don’t know, it’s always been my style; it’s the way I’ve always been. I’ve been able to walk it and talk it for years man. For years, you know? I mean, it is what it is. I don’t party, I don’t drink, I don’t smoke, I haven’t been in any legal trouble. I mean the most trouble I get into is with Roger Goodell about post celebrations.  That’s it.  That’s my troubles.  Where I become a distraction I don’t understand. One thing I do is I take some of the pressure away from other teammates. I put it all on me; I put everything on my shoulders to make everyone else’s job easy. You know, I do the talking, I tell you what I’m gonna do before the game, so it’s on me to go out there perform, and I’m able to do that week in and week out. That’s not a distraction at all.”

After thanking him for joining the air, Johnson shared what he’s up to the rest of Friday:

“No problem. I’m getting ready to work out with some players from UM. This should be really fun, Jacoby Harris and Benjamin and Burg two receivers over there that are really talented so I’m looking forward to working with them.”

What he thought of Terrelle Pryor’s arm when he worked out with him recently:

“OMG dude, I understand the whole hoopla everybody saying all this. You know, ok he messed up for once, he messed up. I had the first chance…. actually yesterday was my second day throwing with Pryor. Dude’s arm strength, timing was unbelievable. I don’t care what ESPN said, I don’t care what the report…. I saw with my own eyes.  I’ve seen every NFL quarterback play. Dude it was unbelievable. With the right coaching — listen to what I’m saying — with the right coaching he can become a great NFL quarterback because he has all the tools; he has all the tools that these scouts look for in a quarterback.”

He’s not just saying that because Pryor is also a Drew Rosenhaus client is he?

“Dude what is Rosenhaus…. You know I don’t sugar coat nothing. I don’t care who my agent is — if you suck I’m gonna tell you ‘you suck, this is what you need to work on.’ I just said he has great arm strength and timing, but with the right coaching he can become a great quarterback .”