2011 was a very interesting season for Carson Palmer. He started off the year sitting on his couch in California, not knowing where he would be playing football or if his career would even continue. When the Raiders lost Jason Campbell to a collarbone injury in October, Oakland came calling and Palmer took over the reins at quarterback for the silver and black. His first game against the Chiefs was a disaster and Palmer had his ups and downs throughout, but given the circumstances, Palmer played pretty well for Oakland and showed that he still has some good football left in his right arm. The former Heisman Trophy winner got the Raiders one game from making it to the playoffs and with a full offseason in front of him and a new coaching staff in place, Palmer should build off the positives of his whirlwind campaign.Carson Palmer joined KNBR in San Francisco with Murph and Mac to talk about how different this year is for him now that he has his feet under him, what he has seen from new head coach Dennis Allen with his first training camp, how tough last year was for him and what it is like to have Darren McFadden in the backfield. 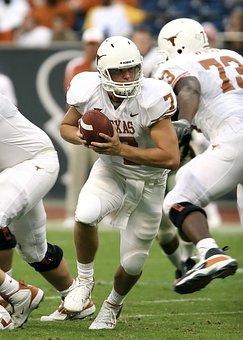 How different this year is for him now that he has had a chance to get his feet under him:

“It honestly feels like this is my first year. Last year was such a whirlwind and not having any offseason, any training camp, any preseason games, any of the first six regular season games, it just feels so good to start from scratch and be here for the installs of the playbook and the installs of the walk-throughs, the practices, red zone, third downs and all the different situations you get put in. It’s been great. A lot of learning to do, a long way to go with the playbook but a great start.”

What he has seen from new head coach Dennis Allen with his first training camp:

“What I’ve seen so far is there is a plan and they are sticking to it. Coach Allen has a plan, he’s got a recipe and he doesn’t veer off of that. He’s very organized, very disciplined, they’re on top of every single little thing but it’s also, it’s very first class. Everything is available to the players, the coaches and the entire staff so that you can just focus on football and you can just focus on your job. When you do that as an organization the players really appreciate that when it’s run first class like this place is. They just let you be able to focus on your job and nothing else. They take away all distractions and let you come in and work and find ways to improve your game so you can win football games.”

How tough last year was for him:

“It was wild. It was definitely wild but to be in shape, to be training and getting ready for training camp, preparing your body for the grind and for the every day, the practices, the mental grind, the physical grind and to feel as good as I do right now going in, it’s exciting. I’m excited to have all this time with all these guys and in these meetings and on these practice fields and get all the little fundamentals down so we can all improve on our games individually and help each other win football games.”

What the team was able to learn about themselves last year:

“It was crazy to think about the way that we lost to the Detroit Lions at home, in the very last seconds of the game and to be so close, I think if there is a positive that you can take from it, which I think a lot of guys have, is we were so close when we did so many things wrong. To have another chance and to know you’re close enough to get there, if you just do all the little things right and work extremely hard to improve your game, really all the little small fundamental things, that we can be right back where we were with a chance to go to the playoffs and more.”

On having Darren McFadden in the backfield:

“He’s unbelievable. He’s obviously an unbelievable talent but like I keep saying he’s a great teammate, he’s a leader, guys follow him, he does everything right, he leads by example, he says the right things he prepares the right way, he’s a complete football player but aside from him we have a lot of talent, a lot of speed, we’re going to be a very fast offense. Darren’s backup, Mike Goodson, is a very explosive player, Taiwan Jones is a very explosive player and then Marcell Reese is very dynamic. There’s not many fullbacks built like him so we have some very uniquely talented players on this team and you combine that with a guy and a mind like Greg Knapp, our offensive coordinator, he’s going to exploit all those little talents and edges that individual players have over other players and hopefully it’s going to be a great year for us.”