After two rough games in a row, the Oakland Raiders got their first win of the season and the first win in the Dennis Allen era. It didn’t come easy. Behind the right arm of Carson Palmer and the leg of Sebastian Janikowski, the Raiders rallied from behind and won a shootout against the Steelers 34-31 this past weekend. Palmer is in his first full season with Oakland and is off to a very good start. The AFC West is a very winnable division and if Carson Palmer can continue to play the way he has to start the season and Darren McFadden can stay healthy, the silver and black will have a shot to get back to the postseason.Carson Palmer joined Fox Sports Radio with Petros and Money to talk about the win over the Steelers, what changed from the first half to the second half against the Steelers, on playing with Darren McFadden, how tough it is to work with so many different wide receivers, his thoughts on the ending of the Monday night game between the Packers and Seahawks and whether any Raiders games have been affected by the replacement officials. (Editor’s note:  This interview took place before the NFL and NFLRA came to an agreement) 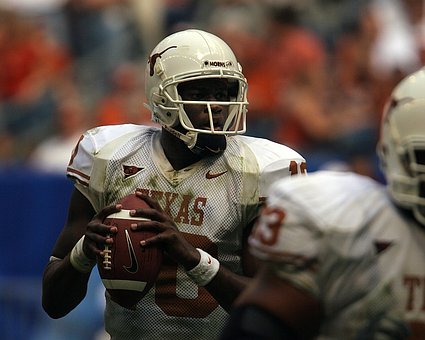 On the win over the Steelers:

“It was a big win for us. It was awesome to be there at the O, in front of our fans and to get that win and kind of get the bad taste of our mouth from the start of the season and really kind of get us some confidence rolling in to our last game before our bye. We have Denver this week and then we have a bye so a chance to go 2-2 and really get things going in the right direction.”

What changed from the first half to the second half against the Steelers:

“In the first half of last week’s game we only had the ball for 23 plays. Pittsburgh did a great job controlling the clock and really owning the first half time of possession battle. In the second half our defense just really kind of wore them down, got the ball back a couple of times, got some turnovers gave us a short field a couple of different opportunities and really in the second half we ended up owning the time of possession so kind of started off slow, got some momentum and rode our crowd and fans through the second half of that game.”

“I think he’s the best, of course I’m biased. I get to see him every day and work with him but he’s got it all. hes fast, he’s explosive, he’s quick, he has a great stiff arm, he catches the ball really well, he’s reliable in pass protection, you can leave him on the field for every play, for all three downs and he really doesn’t have a weakness. If you watched the game last week you saw that he had a chance to have a 20 or 30 yard gain and the backside corner had the angle on him and he absolutely turned on the Jets and outran a corner who had a pretty good angle on him to the end zone for a 60 yard run. So when you combine all the attributes he has plus you combine the fact that he can really score from anywhere on the field, like I said, I’m biased but I think he’s the best.”

How tough it has been to work with so many different wide receivers:

“I don’t think it’s that hard. I love the opportunity. We have a lot of young guys that are hungry and a lot of guys who have gotten opportunities because injuries. Now another receiver, Darrius Heyward-Bey, is going to be out this week, so we have a new guy starting but it’s been a blast and like you said they’re not household names, they’re guys that nobody has heard of but guys that people will hear of in the coming years because they’re good players. Being an older guy, being a vet and having a chance to work with young guys, kinda help to shape them, mold them and show them how to be a pro. Guys that we have are so hungry, so eager at the opportunity, it’s really kind of invigorating. Its’ really fresh and fun every day in practice and on Sundays.”

On the ending in the Monday night game between the Packers and Seahawks:

Whether the Raiders have had one of their games altered because of the replacement officials:

“I guess I’ve been fortunate. I can’t say that in the three games we’ve played, I cant say that we lost because of a ref or can’t blame it on anybody else but myself and my team. In our games everything has been pretty smooth for the most part. I’m sure there have been some calls that weren’t made or were incorrect but replacement official or the actual real official or not, calls are going to be made wrong, there’s going to be flags on the field when they shouldn’t be and that’s just part of the game but for the Oakland Raiders I feel for the most part we haven’t been negatively affected by the replacement officials.”