The San Francisco 49ers shocked the league last year, posting the second-best record in the NFC and making a run to the conference championship game. This year, there’s little reason to believe they can’t make a Super Bowl run again. After all, a team that makes its money on defense is returning all of its defensive starters But this time, there might be a target on their back.San Francisco 49ers cornerback Carlos Rogers joined Eric Byrnes on KNBR in San Francisco to discuss the team’s final cuts, their opening game against Green Bay and the state of this year’s squad in comparison to the 2011 edition. 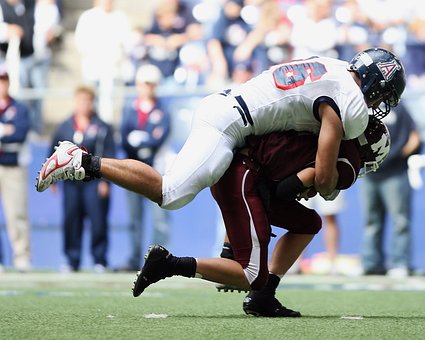 On the atmosphere around the team during the final roster cutdown:

“I’ve been through it for a while. I’m kind of used to it. Some of the guys that are in the early stage of their career, especially first and second guys, it’s kind of tough to them. It really doesn’t get you until they call you in there and say that you’re gone. Some of the guys that you expected to be there — next thing you know when have our team meeting tomorrow and they’re not sitting in the seats that they used to be sitting in. So I’m kind of used to it but it’s always something that you have to prepare for. And some days it’s unexpected. It’s the business of football.”

On what it’ll take to beat Aaron Rodgers and the Green Bay Packers in Week 1:

“It’s gonna take a lot. It’s gonna take a lot. It’ll take us getting after him just the same was we got after any other quarterback we played. We played one of the best in Drew Brees in the playoffs last year. It’s gonna take our linemen getting in his face, getting after him, make him move off his spot, not making him comfortable. Us on the outside getting in those guys’ face, taking them off their rhythm and their timing. It’s gonna take just winning some of your one-on-one battles, basically. You can’t sit back there and blitz him all the time — you know he can pick it up. You can’t sit there and play zone because they’ve got routes for that. At the end of the day we’re going to have to win our one-on-one battles.”

On if this team compared to last year’s squad:

“I think our chemistry’s going to be better, but it’s a new season and what we did last year is gonna be hard to beat. Take a lot of effort, lot of commitment, lot of dedication and just getting the job done. A lot of teams know what we’re about this year. A lot of teams can really hone in and prepare for us. And also we’re facing a different schedule with a lot more powerful offenses. So I won’t say it’s easy to repeat what we did last year but it’s gonna take some hard work.”