Brandon Marshall has been labeled immature, he has been labeled a problem player, and he came to Miami with a lot of baggage. Despite those things, Brandon Marshall also happens to be one of the best wide receivers in the league and was brought to Miami to elevate a passing game that struggled last season. The Dolphins threw for under 200 yards per game and they had just 15 touchdowns through the air. In week one against Buffalo, Marshall didn’t have the kinds of stats that the Dolphins were think he would have when they brought him to South Beach. However, there is no questions that he makes the Dolphins passing game dangerous and Miami has gone from being a pretty one dimensional running team last year to a balanced offense that can threaten the defense with one of the best wide receivers in the NFL. Brandon Marshall joined WQAM in Miami on the Michael Irvin Show to talk about how much pressure is on him as the number one wide receiver in Miami with the way the passing game struggled last year, what the mood was in the locker room after the win against Buffalo, how important the running game is to the team’s success, what the expectations are against Minnesota this weekend, and what he thinks of Chad Henne. 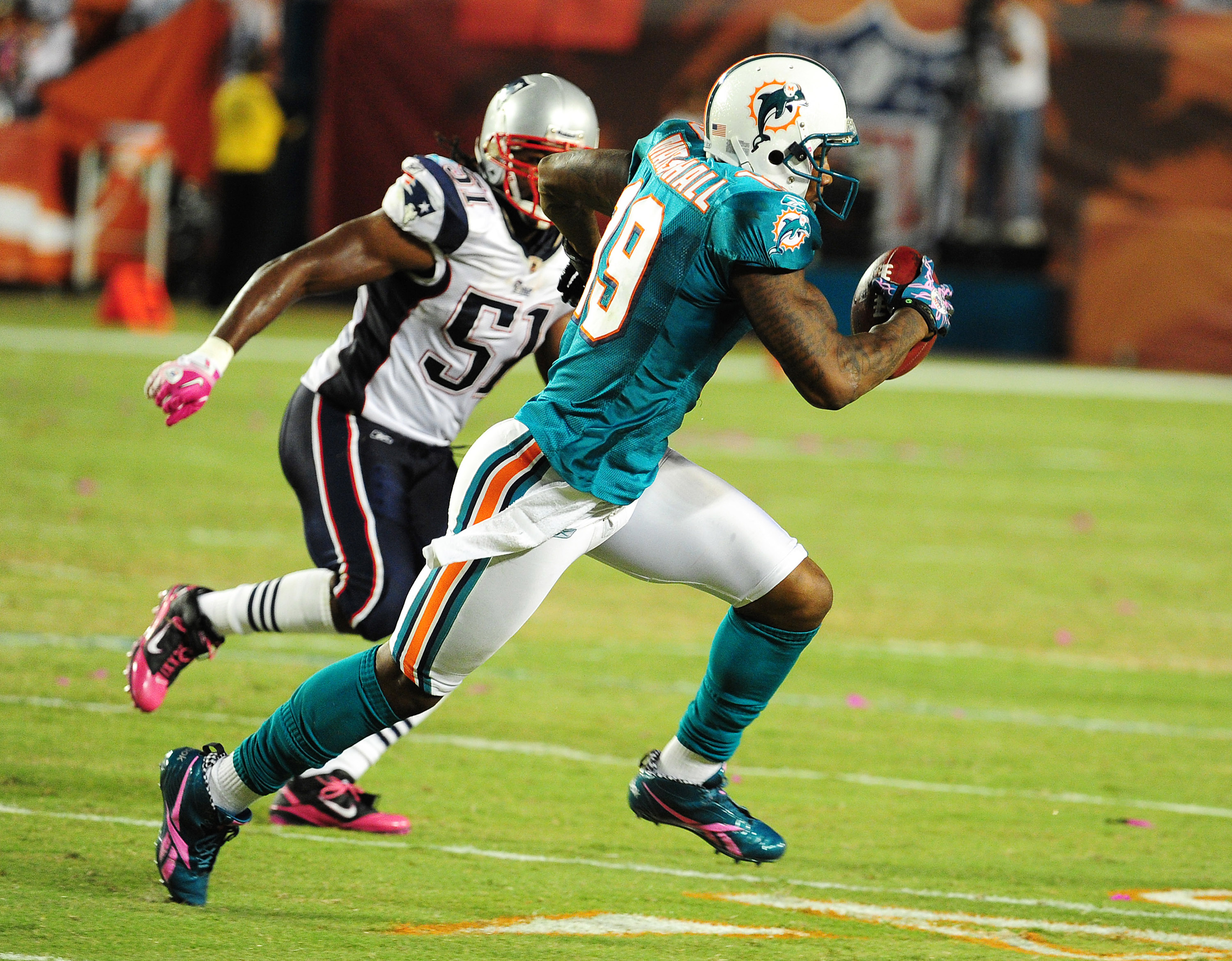 On how much pressure he feels being the number one receiver in Miami and being the guy that was brought in to elevate the passing game:

On the Dolphins not being able to get the ball downfield in the passing game against Buffalo:

“As an offense, I don’t think there’s any NFL offense that wants to average six or seven yards per attempt. In the NFL it’s hard to move the ball and it doesn’t matter if you’re playing against some of the lesser talented teams, but it doesn’t matter. It’s tough to be successful in the NFL, but you have to take what they give you. They did a great job of taking away the deep ball and the opportunity we had we didn’t capitalize on and it was partly my fault. We took advantage of underneath and they made us beat them by throwing it short and running in between.”

On the mood in the locker room following the Buffalo game:

“We knew it was going to be tough. It was a divisional game and Buffalo plays Miami well every year. It’s tough to get wins up there and I knew that coming in this year by playing them in 2007 in Denver. It went down to the, we call it the 911 play, when the kicker ran on the field 11 seconds and made the field goal for us to win. It’s tough to win up there and we take it any way.”

On the approach playing against a team like Minnesota and Brett Favre:

“Well, we approach it like every Sunday. We have a mission and we’re out to get a win every week. We have an ultimate goal and in order for us to achieve our goals we have to get a win against whoever we’re playing. Whether it’s home or away, whether it’s the Minnesota Vikings or Buffalo. We’re excited about the opportunity, we’re focused, and we’re going to be prepared to go in there to a hostile environment, and do our best to get a win.”

“Well I think there’s a lot of great evaluators in the National Football League and they can see the things that he was able to accomplish last year. Coming in and doing a great job when Chad went down, Pennington, and there’s a lot of potential there. You add guys like (Anthony) Fasano who I think is going to be one of the better tight ends in the National Football League, he’s a beast. Davone Bess, he’s exactly what his name says. Absolutely the best. He’s unstoppable and one of the best route runners in the league. People see that and then you add me outside being able to do the things I’m able to do, I think it’s going to be tough for teams to matchup against us. Again, we have to get on the same page and it goes from the coaches to the players and when we do that I think it’s going to be a tough offense.”