Cam Newton Leaves the Big Predictions to his Teammates

Carolina Panthers offensive lineman Ryan Kalil didn’t mince any word when he told Carolina Panthers fans that they’d be rewarded with a Super Bowl. In fact, in July, he took out a full-page advertisement in the Charlotte Observer stating exactly that. The guy calling the signals behind him? Well, he’s not exactly ready to dive in head first like that.Panthers quarterback Cam Newton won’t be baited into making such predictions, but does say that the Panthers’ expectations of themselves will be even greater than those on the outside. There, the hopes seem high for a team that saw moments of greatness in Newton during the team’s 6-10 campaign a year ago.Cam Newton joined WFNZ in Charlotte with The Drive to discuss how his first real training camp is going, balancing life on and off the field, what he’s learned in the past year, the expectations placed on the team, his teammates’ bold predictions, and playing with Steve Smith. 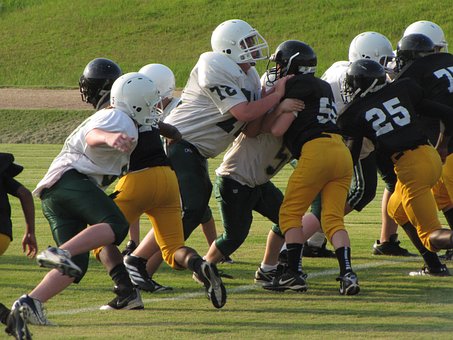 What’s it like having a training camp in your second season. You’ve looked pretty good:

“I feel like I’m improving, but I still have a long way to go. The good thing about practice is I feel like I’m bouncing back from setbacks, negative setbacks, and just going on to the next play. Most importantly, I’m feeling more comfortable.”

Are you more confident in balancing life both on and off the football field?:

“One thing that most people don’t realize is behind or under the helmet, we’re still human beings. Coming into the league, they try to do a great job with this league and prepping us with the symposium and all the other different things. I have a lot of people that’s been behind me, that’s been behind the scene, that’s backing me, starting with my parents. Supporting cast with friends and family and, on this team, I feel like I have a lot of guys I can go to.”

What have you learned the most from one year ago to right now?:

“I’ve learned a lot, so much. Most of it comes off the field. The physical things are the things that come easy to me, that’s easy for me to work on. But the things that are hard are the things I have to work on the most. It’s the watching film, countless hours that people don’t see, staying after practice, honing in and knowing everybody’s responsibility on each and every play. That’s the things that, as a quarterback, it’s mandatory for you to know.”

With the expectations placed upon this team, do you like that and look forward to things like that?:

“In the quarterback meeting room this morning, we were classifying in different sports, what is the perfect game? In baseball, I say the quarterback is most likely to be in the position of a pitcher, and it’s easy for a pitcher to have a perfect game and everybody notices it. But in the game like a basketball or football, a perfect game may be overlooked. … One thing that was the consensus with everybody’s answer was when your best is required, your best foot has to be put forward. If it’s first quarter, first play of the game, and you do something great, it may blow over everybody and say, ‘That’s expected.’ But what about fourth quarter, last play of the game, will your best foot be forward or will your best be on display? … That’s when you have to stand up and perform.”

Your teammates have gone public with some pretty big predictions for the season. How about you?:

“One thing that we’re going to have to do is focus on this first preseason. We just have to take one step at a time and, like Coach Rivera said, we have to compete. It’s a lot of expectations that we have to live up [to] … but if your expectations are bigger than ours, then I feel like, first off, we’re already starting off on the wrong foot. I think the expectations on this football field are sky-high.”

What’s the toughest part about being Cam Newton?:

“Playing with Steve Smith. Just teasing. I think it’s good for me, because first of all, I look up to Steve Smith. He’s had longevity in this league, but he requires and expects the best of everybody from each and every play.”