It has been a really tough season for Jim Calhoun. Not only has he dealt with losses in his family, but of course everyone knows about the punishment that he will receive next year for recruiting violations. However, through it all Calhoun has overcome the adversity and has his team back in the Final Four against Kentucky. Heading into the Big East Tournament, the Huskies were the nine seed and somewhat overlooked with teams like Notre Dame, Syracuse, and Pittsburgh getting most of the attention in the Big East. Their five game run in five days  in that tournament to capture the conference championship was extremely impressive and they have been able to use that momentum all the way to Houston. It certainly helps to have a player like Kemba Walker. Walker has been the best player in Tournament so far and is very much in the conversation for National Player of the Year in college basketball. Everyone knew at the beginning of the tourney that UCONN would go as far as Kemba Walker would take them, but I’m not sure people really knew much about freshman Jeremy Lamb, who has stepped up on the biggest stage. Jim Calhoun joined WFAN in New York with Mike Francesa to talk about how surprised he is about his team’s tournament run, the emergence of Jeremy Lamb, how much playing in the Big East has allowed them to deal with adversity better against San Diego State and Arizona in the NCAA Tournament, and the matchup against Kentucky. 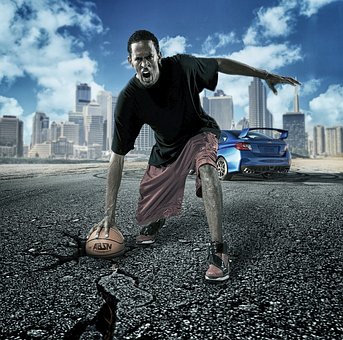 How surprised he is by his team’s run in a tournament filled with upsets:

“There’s no question. It’s been a tournament that I think has finally shown the reduction of scholarships from 18, to 15, to 13, with all the kids ending up at good schools like VCU and Butler. Then secondly, at the top level, I think you start seeing we would have O.J Mayo, we would have for example if you take our opponent on Saturday, Kentucky would’ve had (DeMarcus) Cousins, (John) Wall back, oh my God. That’s why I said I think the three or four best teams are in Houston. I don’t know that they’re the four best teams for the year, but right now they’re the four best teams. Secondly, there is probably not a great team. There’s really good teams and a team that should be National Champ, but there isn’t probably a great team. We had a great team in 2004 with Ben Gordon, Emeka Okafor, Josh Boone, Hilton Armstrong. Pros. Five pros. The four teams though in our system, given what’s happened with kids going out early and all those things, one of those teams will be the best team for the 2011 season.”

The emergence of Jeremy Lamb:

“Yeah he has arrived. There was an article and people said he was the anointed one. In other words the next Rip (Hamilton), the next Ray (Allen), the next Kemba (Walker), the next Emeka (Okafor), the next Ben (Gordon), and we have been fortunate to have some of those guys. I truly believe with a seven foot four reach, with a shooting touch, and with the humility and hard work that Jeremy Lamb has, we think he’s going to be the next one.”

On the Big East preparing them for adversity in the tournament:

“I will tell people this and I truly believe this, the Big East season and the Big East Tournament taught us some lessons. We come out of the Big East and we got rattled a few times down the stretch otherwise this team could’ve been a 12 win team in the league, but they lost a couple. Marquette being one of them and Louisville being another.  I think we were taught some lessons and by the time we reached the tournament a lot of those lessons have been learned. Some teams develop mid-season and some teams develop late. Well, we were good, we had won 21 games, and we were going to the NCAA Tournament, but we really came into our own in those five games in New York City. You know me with the Big East, you want to win your neighborhood battles. We did that and then I think we got to the tournament and got better and better and I think as much as anything else, we closed games and you have to be able to close games.”

On the matchup against Kentucky this time compared with early in the season:

“That changed a little bit. When we played them early they were a drive team. John (Calipari) put that drive and dish offense in. They were really good at driving and very good at running, but quite frankly when they dished they didn’t make threes. Well they were 12 of 22 in the North Carolina game on threes. Quite frankly you have a really tough situation where you’re guarding the elbow and how much you cheat to get in to stop the drive but make sure you prevent the three. So we have our work cut out for us, but they got probably some work cut out for them too.”

How tough this season has been and how gratifying it has been:

“I lost my sister-in-law, Eileen, who I loved like a sister and I lost my college roommate of 49 years this year. Both of them special people. Then the things around the program that you mentioned. So quite frankly except for ’99 the first time around, this is really special. This is really, really special. For me to have a group of young kids led by an incredible young kid, all of us New Yorkers want to be proud of a kid, the way he conducts himself, the class he shows, and of course he’s an incredible player, Kemba Walker has been just…I don’t want him to leave. He’s probably going to be a top ten so he has to leave and I will kick him out the door, but he’s been special for us Mike. He’s been really special.”