Hold the ginger ale and champagne celebrations for now. The Texas Rangers whiffed on their first opportunity to close out the New York Yankees in the ALCS and move on to the World Series.  C.J. Wilson, Texas’s starter for Game 5, didn’t give the Rangers much of a chance on Wednesday night, and as you’ll hear, he admits as much. The Rangers still took two out of three in New York from the Yankees, a note-worthy accomplishment that leaves them in great position to advance on to the Fall Classic. Game 6 is Friday night at the Ballpark in Arlington. Wilson joined The Dan Patrick Show to talk about Wednesday night’s Game 5 loss, how he was bothered by ‘blister juice’ from the second inning on, his charmed life (his girlfriend is a model), the idea behind the ginger ale celebrations for him and Josh Hamilton (both non-drinkers), taking two out of three in Yankees Stadium, his impressions of October baseball in New York, and who he think would receive louder boos were they to throw out the first pitch for Game Six tonight – 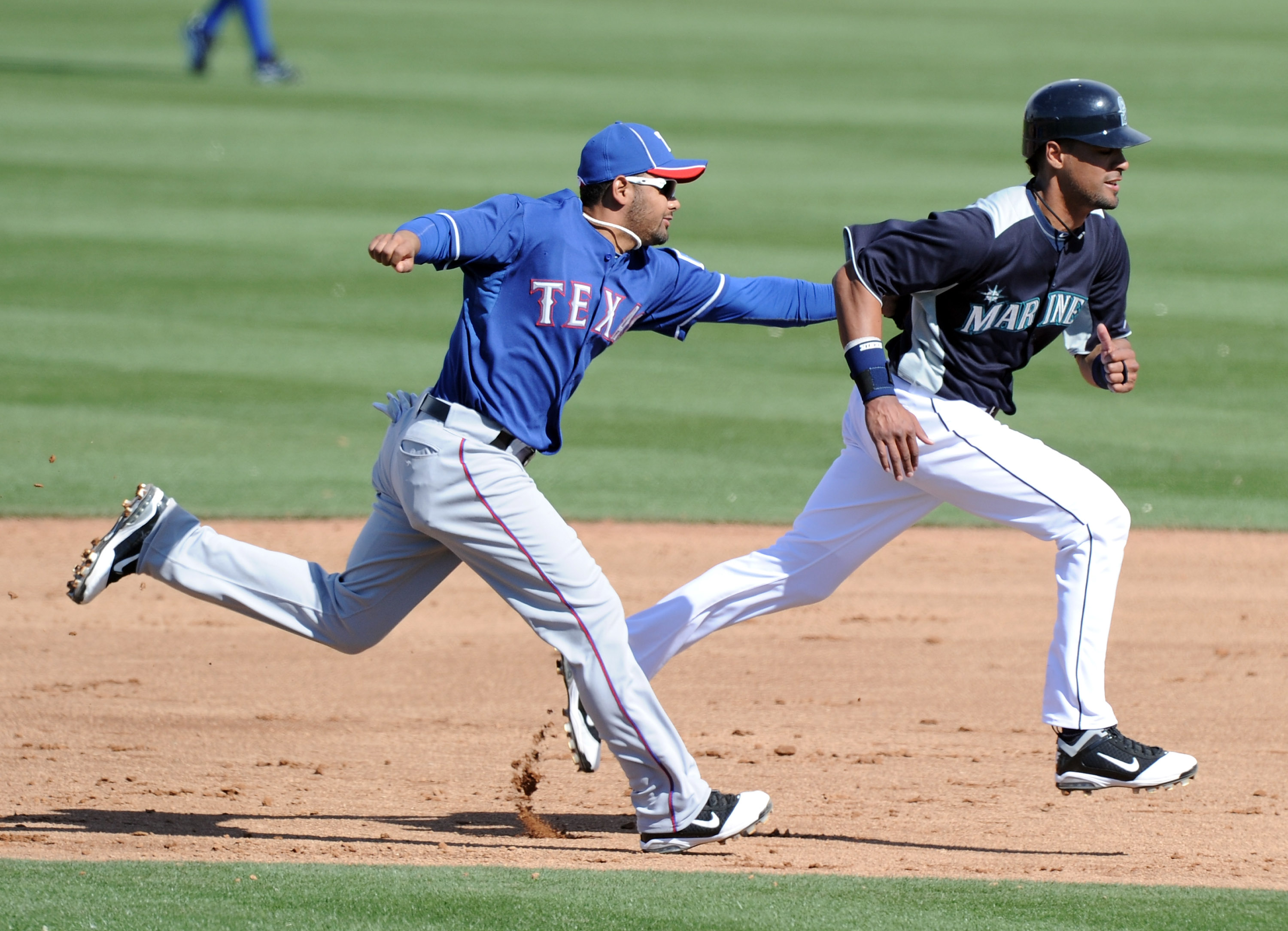 Wade Phillips or Tony Romo. On how he’s feeling after last night’s start, a loss that brought the series to 3-2 in favor of the Rangers:

On if there was a certain moment in last night’s game when he knew he didn’t have ‘it’:

“Yeah, I’ve been battling a blister all year, and when that started bleeding in the 2nd inning that was pretty much a bad sign for me because you get a little bit of like a fluid leak, I don’t really know what it is, I don’t know what it’s technically called. Blister juice. When you get blister juice, it’s kind of hard to control the ball sometimes. So for me, that’s when I knew things were going south a little bit, but because our bullpen threw so many innings the night before I was determined to stay in there as long as I could. But I really just wasn’t giving the team much of a shot.”

On if he felt like there was something special about playing postseason baseball in Yankees Stadium:

“I don’t know. I kind of hoped there would be, but we were just kind of sitting the dugout the last couple of games just thinking that it felt like a regular road game. Typically they have so many fans for their home games anyway, the level up from regular season to postseason doesn’t really feel like that big of a deal. I guess because we’ve gone there and not done well the last couple of years, taking two out of three was a moral victory for us, for sure. Not only is that great for us to be in this position, but next season and the season beyond that we’ll have that memory fresh of going in there and stomping them the first two games. Which is good.”

On if he understands that nobody will ever feel sorry for him when he struggles due to the simple fact that he dates a swimsuit model:

“Hey you know, I don’t know if you’ve ever seen this movie called ‘The Edge’ – it’s with Anthony Hopkins and Alec Baldwin, and there’s this scene in there where Alec Baldwin says ‘I really feel sorry for you.’ And he says, ‘never feel sorry for a man with his own plane.’ So I don’t own my own plane, but my life is good. I’m in the Big Leagues, I race cars in the offseason, I really can’t complain too much. We’ve got a lead in the ALCS, it’s a great spot to be in. I mean, I’m taking batting practice today, it’s going to be great.”

In perfect Patrick fashion, Wilson is rhetorically asked if he’s taking BP in preparation for playing the World Series:

On who came up with the ginger ale celebration:

“It was a combination of me and Richard Price, Hoggie Price our clubbie. He’s also the guy who came up with the official idea for the claw & antler tee-shirts as well. So I think he’s the most innovative clubhouse manager in all of Major League Baseball. But because Josh and I aren’t around alcohol and stuff, I straight up don’t want to be around champagne because it goes against my thing and same with Josh. So it allowed us to go in there and have some fun and have some cold, sticky stuff sprayed at us before the other guys got in there. Because you want to have the tradition, but you want to have participation be 100%, and it just can’t be without Josh and I.”

On what kind of reaction Tony Romo would get if he were to throw out the first pitch for Game 6 in Arlington:

“Ooooh, better than if Wade Phillips threw it out. There are some people that are really not happy with the Cowboys right now. And it’s funny, the other night when we were winning in New York, the Yankees fans actually started chanting ‘Cowboys suck’. That was sort of a dig. But the funny thing is most of the people on the team, the family section was there and was just absolutely raging, it was like Mardi Gras up in the stands. But there’s not that many people from Texas actually on the team – maybe like five guys. So we were like what do we care. I’m from L.A. man, I don’t care about the Cowboys.”