After 61 wins in the regular season and an early exit from the playoffs, the Cleveland Cavaliers decided to fire Mike Brown as their head coach.  They first approached Tom Izzo and then it looked like Brian Shaw was going to be the man.  Instead Dan Gilbert and Chris Grant made the right move, the best move that they could’ve made for the future of the Cleveland Cavaliers, by hiring Byron Scott as their new head coach.  While Scott has been fired from two different places recently, he was by far the best coaching candidate on the market.  More-so than Monty Williams, Tom Thibodeau, Tom Izzo or any other coach whose name has been brought up, Byron Scott has everything that a championship contending team could want.  He is a former player in the league, has a Coach of the Year award attached to his resume, has taken his team to the NBA Finals twice as a head coach, has a lot of playoff experience at both places where he has roamed the sidelines, and has experience coaching superstar players like Chris Paul and Jason Kidd.  While the future in Cleveland is still up in the air with LeBron James, the Cavs should feel extremely good with their coaching hire and this points the Cavs in the right direction again. Byron Scott joined ESPN 710 in Los Angeles with Mason and Ireland to talk about his decision to take the Cavs coaching gig, how much LeBron James influenced his decision and how likely he thinks it as that LeBron will return to Cleveland. 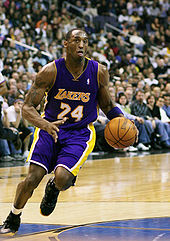 On how much Phil Jackson’s return played into his decision:

“No, not really.  I said all along that I thought Phil was going to come back anyway.  This situation here after meeting Dan Gilbert and meeting with the Assistant General Manager Lance Blanks and General Manager Chris Grant, this just felt great.  Our camaraderie and the conversations that we had, this is one of the top organizations, he runs it as a family, and everybody here seems to get a long extremely well.  It always starts from the top.  This is a team over the last couple of seasons that’s been right there.  I got along with those guys so well that this was an opportunity I could not pass up.”

On how much LeBron James affected his decision:

“They feel really good that they have a great chance to get him to come back here in Cleveland.  Obviously we’re going to present our case.  I talked to some people about him as a person, I know what kind of basketball player he is, and just as a person, just a great guy, hard worker, wants to be pushed, wants to be the best and those things helped make the decision easy for me.  Obviously if it goes well and next week if he decides to come back here which we are really, really hoping will happen, I’m stepping into a situation to where I’m gonna be able to lead and coach a team that has an opportunity to win a championship right away.”

On how he feels about LeBron’s chances of returning to Cleveland: