As a No. 3 seed, the Marquette Golden Eagles are supposed to advance to the second weekend of the tournament. That said, we saw plenty of top-four seeds falter and they’ll now watch the final 16 teams play from home. Marquette, on the other hand, will travel to Phoenix today and will take on Florida Thursday for the right to advance to the Elite Eight.The Golden Eagles got there by playing the way they did much of the season, with a free-flowing, excellent transition game where they play as a team. Marquette cruised by BYU in its opening game on Thursday, then rallied from behind to take down Murray State on Saturday. The matchup with the Gators is one that might be a little overlooked with other really strong story lines out there, but the two could tangle in a pretty epic Sweet 16 game.Marquette coach Buzz Williams joined WSSP in Milwaukee with Bill Michaels to discuss the satisfaction of making the Sweet 16, the importance of a day off coming out of the weekend just to settle back down, his team’s transition game, the principle’s behind it and playing as a team. 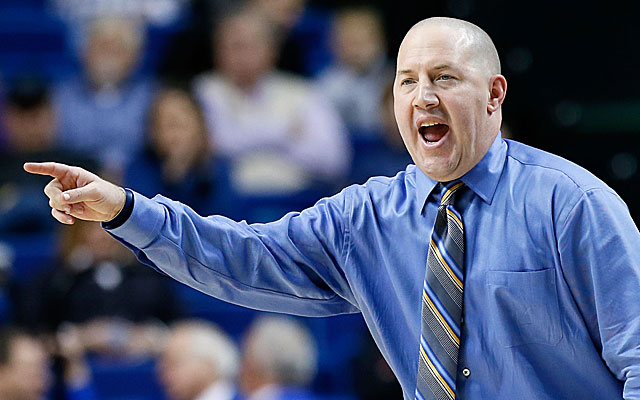 How satisfying was it to beat Murray State and reach the Sweet 16?:

“It was awesome. Satisfying is probably a proper adjective. I think the best thing about all of it is that we just get to keep playing. We had practice early this morning like we always do on Mondays. It was great to be back in the gym with our guys. We’ll practice again [Tuesday] before we leave. It’s just another opportunity for us to continue to work and continue to get better and see if we can win one more game.”

With the conference tournament, then the selection, then two pretty quick games, is it nice to get a day to just breathe for a second?:

“Yeah, it’s very helpful. I think how we coach, how we play, how we work, I think a lot of it is based on passion and emotion. All of the things that come with the pageantry and the excitement of the tournament that require you to be a part of the media that you typically don’t have to deal with and the practices that you don’t always have to be a part of, that’s all fun and you always want to be a part of it, but we left Tuesday of last week and left late Saturday night from Louisville. … There’s parts of what you do that you’ve always done, it’s just kind of an expanded version. I do think that it’s draining.”

What is it like watching your team which seems to do so well in transition?:

“We work like that. We practice like that; we want to play like that. I do think that our conversion from defense to offense is pretty good. I think we’re efficient in what we do. I think sometimes people don’t realize that if you’re able to convert in that manner, that quickly, that there has to be some sort of distinct plan to that, and we work on that every day. … Everything that we do in transition is being sequenced. We spend time every day working on sequence without any defense and then we spend time every single day working on sequence with a defense.”

More on that transition game, what makes it good and the play of Junior Cadougan:

“I think the best players, particularly the best guards, are the guys that can count to 10 the fastest, because as soon as you get the ball you’ve got to be able to count to 10. The guys that can count to 10 the fastest — Steve Nash, Jason Kidd, Magic Johnson — those are the guys that the reason they’re so good, yes it’s their skill, yes it’s their talent, but it’s that they can count to 10. We spend a lot of time every day working on being able to count to 10. I think Junior’s been outstanding. I think that’s why his assist-to-turnover ratio is what it is. Our offensive numbers have always been good since we’ve been here. … All of those things are a derivative of our conversion of defense to offense.”

How about some of your other role guys. The way they’ve bought in and move the basketball around has been just as impressive:

“When you look at the rest of our roster and you begin to really study how we play, each of those guys … are critical pieces because of how we play. We’re not a one-man team; we’re not a two-man team. It’s an us team. When you’re an us team, each person becomes critical to your success or failure. When we win, it will always be hard to pinpoint one particular guy and when we lose it’s hard to pinpoint one particular guy. We don’t run plays, we try to teach our guys how to play.”