After resurrecting a program at the University of Miami that was in disarray with significant NCAA sanctions, an attitude and perception problem and some recent tragedy, Butch Davis now finds himself on the wrong side of a similar situation. Four weeks into the season, twelve players remain suspended or held out of games for precautionary reasons while the NCAA digs deeper into academic and agent-related concerns with the Tar Heels’ football program. What looked like a team with the best defense in the country with at least four future first-round picks, has been thrust into shootouts in every game, as UNC has yet to have half its projected defensive starters dress for any game. That’s sad because this could have been one of the more physically impressive and dominating teams in recent memory. Davis, the architect of the early 2000′s Miami Hurricanes teams that sent just about every starter to the NFL, had something going at UNC and this was looking like the year that it was all going to come together on the field. What players did off the field derailed those aspirations. Now the Tar Heels are 0-2 and even money to beat Rutgers – as opposed to looking like ACC favorites this season. No one seems to know everything that happened, but it’s truly a sad state of affairs in a departure from something that really could have been great. North Carolina head football coach Butch Davis joined Joe Rose on WQAM in Miami to discuss how he prepares week-to-week with so many players out and so much uncertainty about the program, the impressive performance the very short-handed Tar Heels put together against LSU, how much responsibility he personally takes for the current state of the program and the ACC’s performance so far this season. 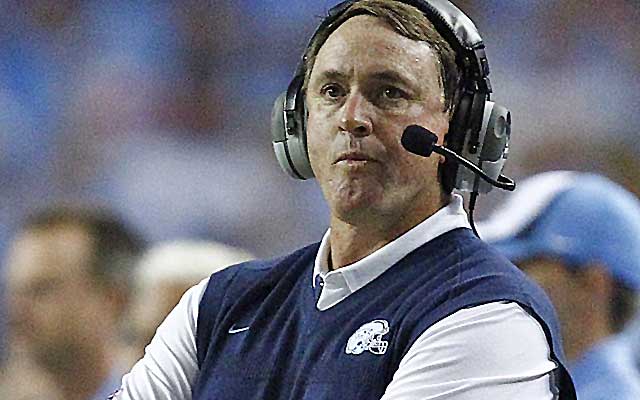 On how he prepares week-to-week with so much uncertainty with his roster:

“We had to make a decision going into the LSU game, pretty much that the guys that were cleared at the start of the season would be the guys we would prepare to play the remainder of the season. Then we took the approach that that guys who were cleared to play or came off suspension would be plugged in as needed. We’ve had five guys now that have been reinstated. Each week, if we get a couple of guys back, we get a couple guys back. If we don’t then we have to play without them.”

On how responsible he feels for the situation at UNC:

“Obviously, when you are the head coach, you take on an awful lot of responsibility and you shoulder the responsibility that you are in charge of and things that can be fixed. I think from a big-picture standpoint, we’ve done a lot of good things here at Carolina. Kids are graduating. We’ve had two bowl games with two consecutive winning seasons. There is a lot more right at Carolina than it is wrong.”

On how UNC was able to come back and have a chance against LSU:

“You have to give a lot of credit to the kids and the assistant coaches. They did a hell of a job preparing to and believing they could win the game. When you said it was without half the guys, I wish it was just half the guys. We were playing pretty much with a lot of young, inexperienced guys on defense. The biggest toll that that game took was the fact that all the sudden the guys that were starting on defense really depleted the special teams. I probably didn’t do a good enough job preparing the rest of the kids to play on special teams. Our kids did great, stayed focused, each week try to get better with what we have on defense.”

On if he knew it was going to be this bad:

“If you can believe this, I’ve actually had worse summers. As the review and the investigation by the NCAA started to unfold, you could tell that it was going to take some time and they were going to have to talk to a lot of guys and try to clarify. As you saw in the paper yesterday, we got a couple of guys back. One of them is going to have to pay $450 in what the NCAA deemed as improper benefits. Another guy is going to have to pay, I think $500. Some of the guys you are going to find out when this comes out are going to have to repay acts for less than that as an extra benefit. It’s been painfully slow just trying to get the clarification. It’s like the Chinese water torture, just one drip at a time.”

On if his experience rebuilding the Miami program helps him now with UNC:

“Clearly. Absolutely, Joe. When I referenced that, it’s not just the NCAA sanctions, there were some unfortunate, tragic things that happened… There have been some years where some of those things were significantly more tragic and tougher to deal with than some of these things. Some of these things you would be remiss to put them in the same light.”

And on the ACC’s disappointing performance to-date:

“I wish I could tell you that I spend time looking at other teams, but I haven’t had time. We are so focused on trying to fix the issues that we’ve got with our football team right now and try to right the ship and get back on track and win some games and we are just going to have to take it one game at a time and let everyone else fend for themselves.”