Bruce Bochy Will Be Cautious with Buster Posey and Brian Wilson

The San Francisco Giants quest to repeat as World Series champs took a huge hit early last season when catcher Buster Posey was lost for the year. The Giants were already challenged on offense and without their best stick, San Francisco turned into one of the worst offenses in all of baseball. Their pitching staff kept them in the race and they made a valiant effort, but they just didn’t have enough offense. However, Posey is healthy and he is back along with his stick to boost the offense. His return combined with the addition of Melky Cabrera and one of the best pitching staffs in major league baseball could provide the Giants with the formula they need to get back to postseason baseball.Bruce Bochy joined 95.7 the Game in San Francisco with John Lund to talk about the excitement of spring training and whether players showing up early is a good sign, on Buster Posey, if he thinks Posey will be rusty after not playing so much a season ago, on dialing Brian Wilson back to keep him healthy, and what concerns he has with his team as spring training is starting. 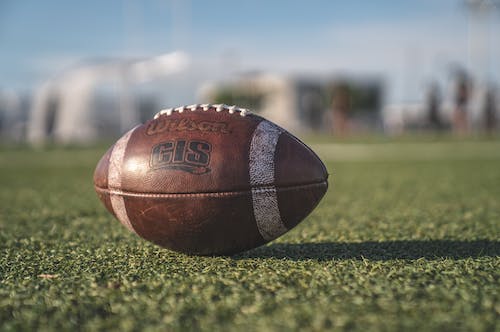 On the excitement of spring training:

“Well we have a few guys here already which is a good sign. (Brandon) Crawford is here, (Brandon) Belt is here, Brett Pill, Freddy Sanchez is doing his work, Buster Posey is a catcher so he has to be here, but Nate Schierholtz is around, and I hate to leave anybody out but there’s quite a number here. That’s always a great sign. Guys are excited and I think they know we’re good and they want to get off to a good start so it’s good to see how hard they have worked this offseason.”

“Well he is doing well. Buster is really doing all the baseball activities, running the bases, and that’s going to be key for him right now making those turns and once he does it to or three times I think he’ll get the kinks out there and test that leg but as we open up spring training we are going to take it easy with him early. He may catch a game and then he may be out two days. Try to get his at-bats either through DH’ing or playing a ‘B’ game or something like that. Then as we get into middle spring we will turn up his workload but there’s no issues with him, he’s doing well, we just don’t want to overwork him. I know he’s very anxious to get back there and start catching so it’s going to be important that we do monitor Buster and make sure we don’t have any setbacks.”

If Posey is going to be rusty after so much time off:

“I don’t. This guy, he’s a unique talent with the bat. He’s got the ability to adjust on the fly, any kind of pitch. Slider, curveball, change-up, and he’s got a great eye at the plate so I think it’s just a matter of him getting a few at-bats, getting his timing all set, and I know in batting practice he’s fine. He’s driving the ball and he feels very comfortable swinging it so no, even though he has missed some time I just don’t see any issues there because of the talent that he is.”

On dialing Brian Wilson back:

“Well I agree and these are things we have talked about with Willie. He’s going to have his routine and it’s hard to break that from a player but at the same time I think he realizes how important it is to maybe back off sometimes. He’s going to keep himself in great shape but some of that maniacal work you’re talking about you do have to put a leash on him a little bit, including his workload on the mound. Probably will back off a little bit you know how I would bring him in in the eighth, throw two plus innings, extra inning games, and I have to see how he bounces back and how resilient he is this spring as we go into the season and see where we are at and these are things that Dave Righetti and I will talk about. He’s going to tell you that he’s the kind of guy that is going to say ‘I’m good, let me go, let me pitch,’ and you almost have to take that away from him because he’s an old school guy that wants to win.”

What his concerns are as spring training gets going:

“I don’t know if there is anything keeping me up at night except the normal things that go through your mind. Your wheels are spinning as far as workouts, fundamentals, things you want to do or change, get better at, and we’re going to have some pretty competitive situations here. I’ve got Pill, Belt, and (Aubrey) Huff, they’ll be taking balls at first base. And the outfield, I have a pretty good idea of which way I’m going to go there. The pitching I thought was so critical to keep that intact which we have with the exception of Ramirez going. I like where we are at right now I really do. I will say Freddy Sanchez, he’s one guy I will keep an eye on. He’s throwing at 140 feet, probably won’t be in a game until the second week of spring training games. He’s one guy I have a little more concern with than the training staff but hopefully he will be ready.”