Brian Urlacher on Jay Cutler: “When he has protection there is no one better in the game”

The Chicago Bears got off to a rough start this season in defense of their division crown. The Bears were 2-3 following a loss against division rival Detroit. They were looking for answers and they were looking up at two teams in their own division. Since the slow start, Chicago has ripped off three straight wins heading into their rematch against the Lions. It was week five when the Lions got the best of the Monsters of the Midway, but this is a different Bears squad. Jay Cutler is playing at a high level, Matt Forte is running his way towards and a new contract, and the defense has stepped up led by Brian Urlacher as well. A once overlooked team has now put themselves right back into the playoff picture and has a ton of momentum moving forward.Brian Urlacher joined WSCR in Chicago with Laurence Holmes and Lance Briggs to talk about how big the win was this past week against the Eagles, how important the game is this weekend against the Lions, on the idea that he is getting older and is not the same guy he once was, how good the Bears offense can be, and if things are getting harder for the defense with all the penalties and fines. 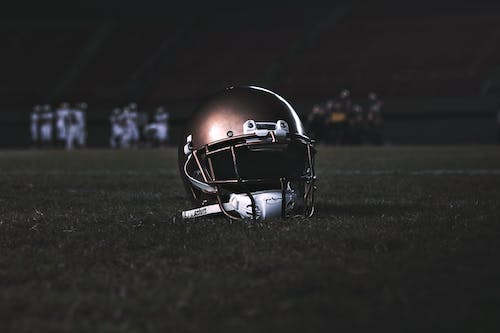 How big the win was this past week against the Eagles:

“It was big. It was a tough road game for us, hostile environment, they were playing pretty well at the time, two in a row, and looking like the team we thought they were going to be this season. The third quarter we didn’t play very well, but we found a way to overcome adversity there. We made some plays in the fourth quarter and found a way to win.”

On this weekend’s game against the Lions:

“It’s a big game. It’s a division game, it will give us a chance to get four in a row and it’s huge. If we win this game we’re tied with them in the division record-wise. They’d still be up on us because they’ve won one more division game, but this is a monstrous game in the season no doubt.”

On the idea that he is getting older and is not the same guy he once was:

Whether or not playing against a QB like Michael Vick gets them more fired up:

“I think it gets our whole team revved up, especially our defense because it’s a huge challenge for us. He can go the distance any time. He’s got a great arm and we know what he can do with his legs. We have to step it up and we do. We have played well against him every time we’ve played him for some reason. I don’t know what it is but we get going when we play against that guy.”

On the ceiling for the offense:

“The sky is the limit for us. You look at the way our offense is playing, protecting the quarterback, running the ball, and Jay is playing as good of football as anyone right now. He’s not turning the ball over and when he has protection there is no one better in the game. Even when he doesn’t, he scrambles around and he makes a play, makes something happen, and running the football there’s not a lot of teams better than us either with Matt doing what he does. You have to give a lot of credit to the offensive line. They’re doing a good job up there and the best thing about that is we’re on the sideline. We run the football and get first downs, we’re resting. That’s a good thing for our team.”

How tough things are for the defense with all the fines and penalties:

“No it’s not hard. You just, if they fine us then they fine us. We’ve gotta hit the guys and I know I don’t think about it when I’m going to hit somebody. I don’t think Lance does either or anyone on our defense. If we get a chance to take a shot and hit someone we’re going to do it. I’m sure the offensive linemen don’t think about it when they’re cutting us at our knees or someone cracking back on us so it doesn’t cross my mind.”