Brian Kelly has Notre Dame in the national title picture in his third season with the program, but he isn’t so sure the Irish will get a chance to play for all the marbles unless Alabama or Oregon slips up.
With that in mind, he’s hungry for the chance to battle either of those programs, and in the meantime, he’s ensuring that his guys don’t accidentally look past weaker opponents.Brian Kelly joined The Dan Patrick Show to discuss his team’s chances of appearing in the national title game if they continue to run the table, the dynamic of having so many haters at Notre Dame, if he sees that changing, why they’ve emerged in his third season as head coach, not overlooking Boston College, suggested tweaks to the coaches poll and his program’s two biggest challengers, Alabama and Oregon. 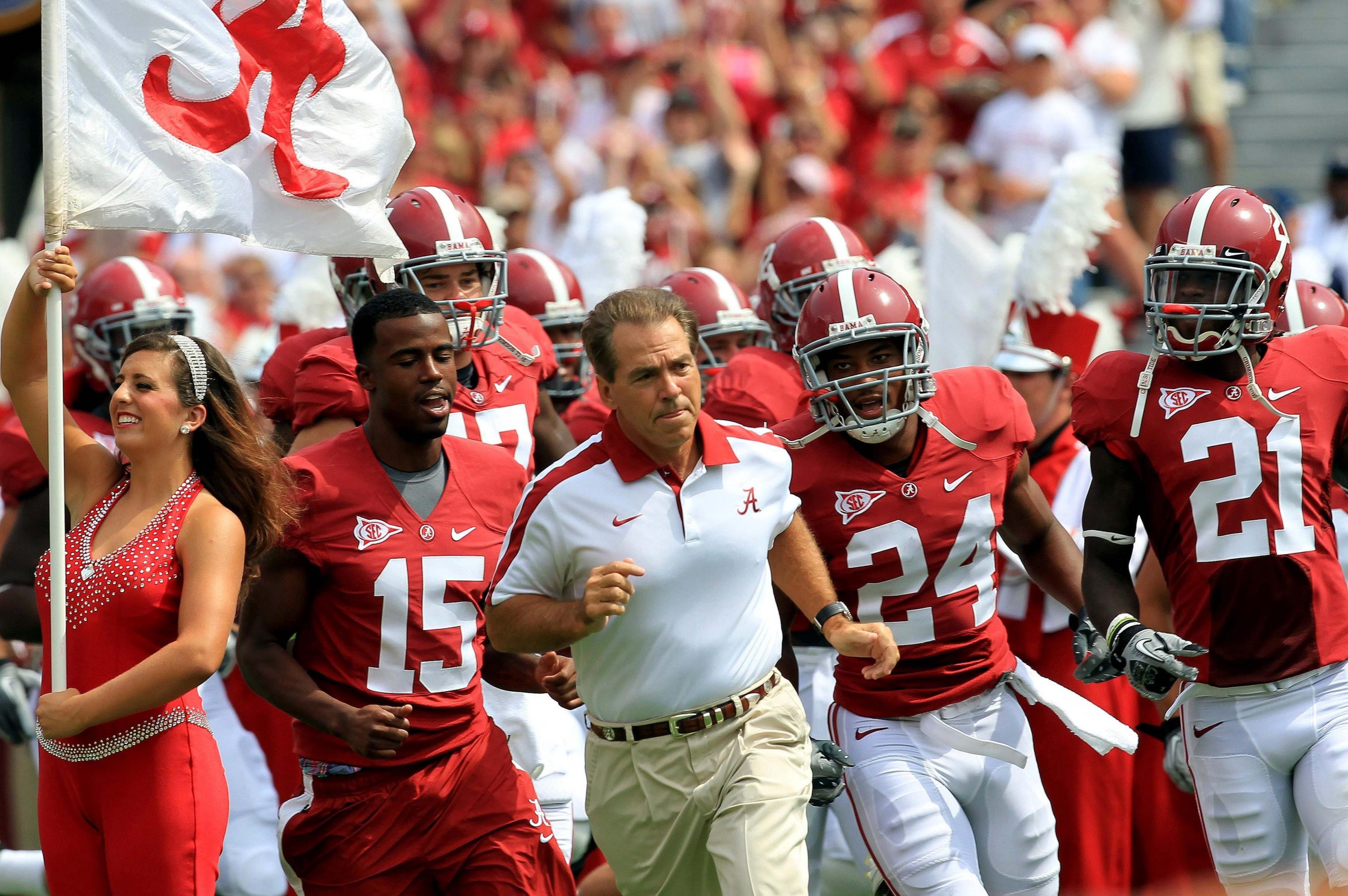 On if he really believes that his team could be left out of the national-title picture even after running the table:

“Given the history of Alabama and Oregon, the question was posed that, would you have ever thought that Notre Dame could get left out? And I said, seeing those two teams have been perennially at the top of the charts, that’s a possibility. That could occur. And I still believe that.”

On the dynamic of having lots of fans cheering against his program :

“Just like any great program, you’re going to have detractors. I think the Yankees do a great job of accentuating just the positive stuff and I try to do the same thing. But it’s out there and I think that’s what makes it even more exciting to be part of Notre Dame.”

On when he sees that changing:

Until we’re consistently part of this landscape, then we’ll begin to get maybe that sentiment of, ‘Hey, here’s a program with the highest graduation rates in the country. Here’s a team that plays a great schedule, plays all over the country.’ And then maybe you can start to gain some of that favor, but we’ve been away from this a long time. So that’s why I’ve tried to keep the focus strictly on winning the next game.”

On why the team has emerged as a national power in his third season:

On the difference in models for success at Notre Dame versus Cincinnati:

“We had, obviously, the challenge of overcoming what had many years been a basketball school. And so … the alternative for entertainment was them to be outside and having a beer in the stadium and watching the football fly around. And again, you had to win big games, you had to do those things. But that was the model for being successful at Cincinnati. It’s not the model for being successful at Notre Dame.”

On if college football should have a coaches poll:

“I take my vote serious, and I’m not saying that other coaches don’t, but there could be a better way to have some more former coaches or athletic directors, or those that can watch more games, that have a better sense or feel. Because quite frankly, I don’t get a chance to see all these other teams play. I try to do it off of statistics and information that’s given to me. But I take it serious, and I’m not saying other coaches don’t, but maybe there is another alternative.”

On a potential matchup with Oregon:

“It would be an exciting football game because we’re built to stop the run and they’re built to run the football at a quick tempo. I think we’ve got some very good depth on the defensive line. It would be a fun game — I hope we get that opportunity.”

On why he placed Alabama ahead of his team in the coaches poll:

“Because I think they started there and I think you have to take the belt from the champ, and they deserve to be there until somebody beats them.”

On if he wants a shot at the Crimson Tide:

“Who wouldn’t? They are the program. They’re defined as the best NCAA football team and some have even talked about beating NFL teams. So, in this business, if you don’t want the challenge to play the very best, you should do something else.”