It doesn’t usually take long for baseball fans, and fans of the New York Yankees in particular, to start discussing what needs to be done with personnel when the season is over. Heck, those discussions usually start while the Yankees are still playing. It also usually doesn’t take long for one of those decisions to be made, especially when the Yankees fall short of the World Series. New York general manager Brian Cashman wasted little time this year, sending pitching coach Dave Eiland packing. Who’s next? Joe Girardi’s fate could be decided at any moment, then comes the rest of his staff. And then comes dealing with players like Jorge Posada, a Yankees mainstay who certainly is getting up there in age. And then comes the task of free agency. Names like Cliff Lee, Carl Crawford and Jayson Werth.
Yes, the Yankees offseason is always riveting, and it’s already nearing full swing. Brian Cashman joined WFAN in New York with Mike Francesa to discuss the Yankees’ bats disappearing the American League Championship Series, parting ways with pitching coach Dave Eiland, whether there will be more staff changes on the way, dealing with the futures of players who have been mainstays with the Yankees, the value of a player’s postseason performance and how Cliff Lee has answered the questions of any doubters over the last few years. 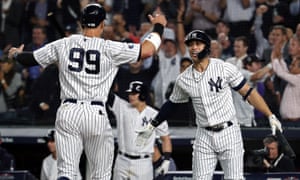 On the Yankees disappointing offensive performance in the ALCS:

“If your names weren’t Granderson, Berkman and, especially Robbie Cano, everybody else just disappeared on us. Even the small issues where we wind up maybe hitting the ball hard somewhere, it would either be right at somebody or they made a great defensive play. … So even when we had good things going, that stuff was happening. They played great, and they deserve it, but I wish we played better because I believe we’re capable of it, too.”

“It’s private, and it was my decision, but I can tell you it had nothing to do with looking for a scapegoat or sacrificial lamb for how we performed in the ALCS. It has nothing to do with that. It’s just something that, as we move forward in 2011, we’re going to look for somebody else in that position. Dave Eiland’s a terrific pitching coach, capable. He should get another Major League job. I think he’s very good at it. I just think, as we move forward, I made a decision that we had to make a change there.”

On whether there will be other staff changes:

“That’s hard to answer that. In theory, we’d like to have everybody back, but they’re all free agents. I’m going to deal with Joe Girardi’s agent tomorrow. First and foremost, we’ve gotta get Joe done. After that, you have to have individual discussions with each one of those guys. I know there’s intent on one end, we’ll see what the intent is on their end and we’ll go from there.”

On dealing with the futures of long-time Yankees such as catcher Jorge Posada:

“You’ll find, I think I feel I’ve been there and done that. Whether it’s Bernie Williams, you know, we replaced him with Johnny Damon in center field, and did great things for our franchise and our fan base groaned and then all of the sudden Damon gets replaced with Curtis Granderson. … I think, in both cases, we were better for it. Younger, more athletic, able to compete at a higher level. We’ll have to keep making those types of decisions.”

On whether, in looking at free agents, he puts a premium on guys who produce in the postseason, such as Jayson Werth:

“No, I don’t. I know the agents will, I’m sure. It elevates their name. I don’t necessarily know if you can [prove] that that’s the reality of their game. It could be quite simply with teams being so careful with the Utleys and Howards. Werth’s a great player, so I don’t want to take anything away from him.”

“When he got traded from Cleveland to Philly … there were two questions. Can he pitch in the postseason? … Can he play in a market like that? That he showed he could do on the biggest stages and he continues to do it. I’m not sure there’s any questions left unanswered about that guy.”