Brett Favre Who? Aaron Rodgers Is All The Rage In Green Bay

Despite dealing with a number of injuries and limping into the playoffs as the sixth seed, the Packers have gone on the road in back-to-back weeks and have taken out two of the top seeds in the NFC. It started in Philadelphia two weeks ago. Then the Pack followed up that performance by belting the Falcons in Atlanta on Saturday night thanks in large part to the greatness of Aaron Rodgers. As good as he has been in the regular season there were some that questioned whether or not he could be win in the playoffs after his early exit last season.Aaron Rodgers has answered all his critics and has shown that he is one of the best quarterbacks in the NFL. Rodgers has been brilliant in the first two games of the playoffs for the Pack as he has thrown for nearly 600 yards and has also tossed six touchdown passes with zero interceptions. He has his Packers one game away from getting to Dallas and if he continues his stellar play that he has shown to this point, the Packers will be the team holding up the Lombardi Trophy in Dallas.Rodgers joined The Dan Patrick Show to talk about the play of the offense against Atlanta, what his celebration represents, whether or not he minds playing in the cold weather like he is expected to see this weekend, what happened with the cancer patient, and what the key is to getting a win against Chicago. 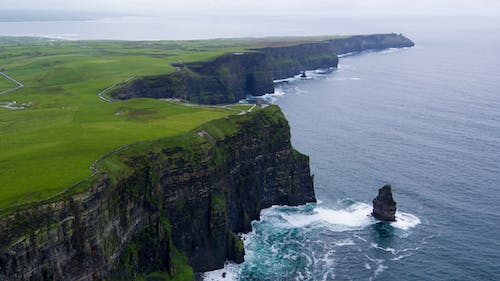 On the play of the offense in Atlanta this past weekend:

“I think we were very happy with the effort we put out on offense. They have a great defense, very well coached, shut us down in the first meeting down there, but we really got it going after that first drive where we fumbled. We came back and scored on five straight possessions with touchdowns and got into a rhythm. Mike (McCarthy) was getting the plays in quickly, we were making the right checks at the line of scrimmage, and making a lot of big plays. We cashed our opportunities in the red zone with touchdowns and our defense made some big plays. Tramon’s (Williams) pick at the end of the first half was a huge momentum swing for us.”

What his celebration is when he scores a touchdown:

“I believe it’s kind of a wrestlers belt, like a WWE guy putting on his championship belt. I used to be a big wrestling fan. Big Hulk Hogan fan, big Brett Hart fan.”

Whether or not he likes playing in the cold weather:

“I’d rather it be sunny and warm but God blessed me with some big hands so I’m able to grip the ball without much difficulty and I’ve had some pretty good success throwing the football in really good weather. We’ve had some rough weather games down in Chicago in my time here in Green Bay. In 2007, the coldest game I’ve ever been a part of, even colder than the Championship game that year against the Giants at home and then the following year I believe it was negative 15, so we’ve had some cold ones down there. It looks like at this point it’s not going to be in that category.”

What happened over the weekend with the cancer patient:

“Well Jen is a great fan and we have an incredible fan base that travels well and would like to thank all the fans that showed up in Atlanta. We had a ton of fans at the airport and a ton of fans that came back. I’ve met Jen on previous occasions, I’ve signed for her, and as the video shows on this trip I didn’t see her and I didn’t sign for her. This kinda has turned into something I didn’t really expect but I think the people of Green Bay know how I feel about them and how much I appreciate their support. This turned into something I didn’t really expect.”

The key to the Packers winning this weekend:

“If we don’t turn it over I think. They have a defense built by Lovie (Smith) to make you really go the distance. They don’t allow a lot of big plays, their guys are all great at stripping the ball, they’re opportunistic on defense where if they have a chance to intercept it they make the plays, they’re very athletic across the board, so the key anytime you’re playing Chicago is not to turn the ball over. The first time we played them up in Chicago we lost the turnover battle and they beat us. This last time we played them we won the turnover battle and we beat them. I think that’s the biggest key.”