It’s been nearly 10 years since Brandon Weeden was first drafted by a Major League Baseball team. Then, he was an 18-year-old kid awestruck to have been selected in the second round and offered such a nice contract by the New York Yankees. Part of the decision-making process was that the contract would pay for him to go to college, and if baseball didn’t work out, he could fall back on football.Now Weeden is 28 years old and coming off a great season at Oklahoma State where the Cowboys found themselves in the national championship argument before a loss to Iowa State sent them to the Fiesta Bowl where they would beat Stanford.  By most accounts, Weeden was one of the winners at the Senior Bowl week last week, perhaps solidifying himself as a second-round pick — again.Brandon Weeden joined WCNN in Atlanta with The Rude Awakening to discuss the Senior Bowl experience, what areas of his game people have been critical about, playing baseball first before pursuing a college football career, why he made that decision, why he doesn’t have a bad taste in his mouth over his final college season, the argument that Oklahoma State should have been in the title game, and his NFL Draft prospects. 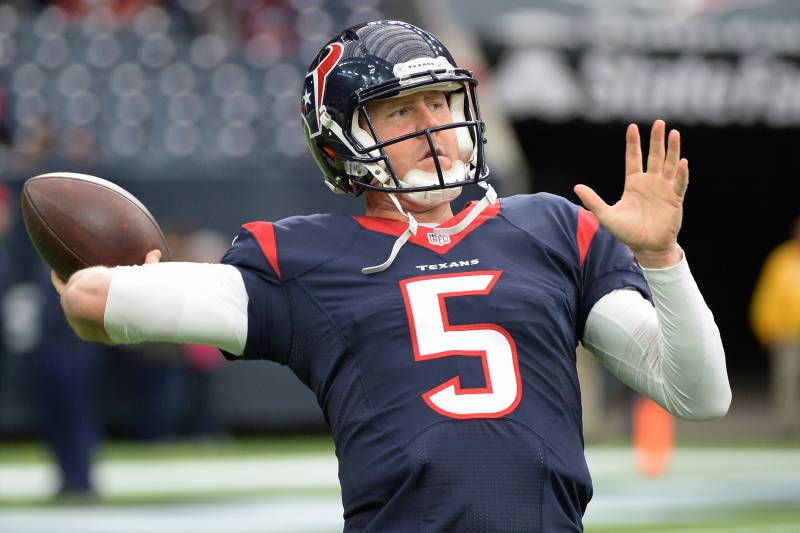 On having a successful week of practice leading up to this past Saturday’s Senior Bowl:

“I had three good days. That’s kind of what I heard coming in, that the practices are more crucial than the game. … I think my first three days went good, throwing the ball well, had command of the offense. Of course there’s mistakes — it’s all new to me — but for the most part I thought [it went] pretty good.”

In what areas of your game have people been critical?:

What was the experience like playing minor league baseball?:

“It was a great experience. I played for five years and ended up at High A. I played in Adelanto, Calif., my last year. I don’t know if you guys have ever heard of it, but the wind blows about 40 out to dead center and the ball just flies out of there. It’s not really a place you want to be if you’re a pitcher. … I always knew that if I didn’t make it to the big leagues, I wanted to go back to college and pursue the dream and play college football. That’s what I did and it looks like I made the right decision.”

Was it a situation where baseball was your first love as a kid and that’s why you went there first?:

“Baseball was kind of my thing growing up as a kid. I started playing when I was three and fortunately I was bigger and a little bit better than everybody growing up. There was an area there where I was not very good and everybody was better than me and I kind of growth-spurted again. I knew my senior year that I’d have an opportunity. Obviously being taken in the second round and being the Yankees first pick was an outstanding opportunity. It’s hard being an 18-year-old and turning down that much money and have the opportunity to pitch for your favorite baseball team and still have school be paid for in your contract. The opportunity was just too good and I think I made the right decision.”

Did the way this past college football season ended leave a bad taste in your mouth?:

“No, we won a conference championship, went on to win a BCS bowl game and a lot of firsts at Oklahoma State and a season that a lot of people will remember. I think everybody was extremely excited about the way things turned out and I think there’s a lot of people that wear orange proudly.”

But what about the argument that you guys should have been in the title game?:

“Yeah, I mean, I think there’s a lot of people that believe that and people that just kind of believe in the system and you’ve got to just let it work. That’s kind of the way you’ve got to handle it. There’s the BCS in place and that’s the way we approached it. Whether you like it, love it or hate it, it’s in place and you’ve got to play by it. We had a great year. We came up 0.009 percentage points from playing in that game and it was unfortunate, but we enjoyed the Fiesta Bowl.”

Is there a particular NFL team that you’d like to play for?:

“I’ll be honest, I’m not just saying it because it’s the politically correct answer, I really didn’t grow up having a team. I followed football and followed players. But in my position right now, whoever wants to give me an opportunity to play and give me a shot to be on their roster, I’m all about it.”

Are your people giving you a range of where you’re expected to be drafted?:

“Not really. It’s a little bit early in the process. … There’s still some work to be done, interviews to be made and all the stuff to kind of handle and get a grasp.”