Brandon Roy Attempts To Make Comeback With The Minnesota Timberwolves

At this time last year we didn’t know if there would be an NBA season and guard Brandon Roy didn’t know if he’d ever play again. The former Portland Trail Blazers star eventually announced his retirement before the shortened season kicked off, but he’s back in the league as it prepares for season. Roy is attempting his comeback with the Minnesota Timberwolves and sounds optimistic as training camp is in full force.Brandon Roy joined KFAN in Minneapolis with Paul Allen to discuss how his knees are holding up, the Timberwolves building chemistry, his skill set after the injury, playing with Derrick Williams, if he can still be aggressive going to the rim and if he’ll begin the season with a limit on the minutes he can play. 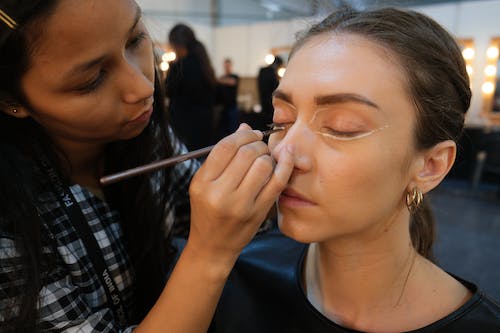 How are your knees?:

“The knees have been great. We went at it pretty hard the last five days, been going for about three hours. I think a big question in the back of my mind was, ‘How will the knees hold up with some grueling practices?’ And after coming out of all those practices, I feel just as good as I did going in. I’m really excited. We’ve got a game [Wednesday], finally, so I can get out there and play my first game in a very long time.”

What are your thoughts on the team, and how will you guys come together with a bunch of new pieces?:

“We’ve got a lot of really, really good pieces along with the guys that were here last season. I think our biggest thing is trying to build chemistry as fast as possible. That stuff starts before the season. Guys got out here a couple weeks early, started playing together, lifting weights, just really trying to hang out and build friendships off the court. … In training camp, Coach has been throwing a lot of different lineups out there just trying to get guys to get a feel for one another. … We have the pieces, we feel, to try and make a run, but the NBA season is long and you have to play together.”

How’s your handle on the ball? That was one of your strengths and you could stay sharp with stuff like that despite the knees, right?:

“I think the handle is still there. The thing I really like with being on a good team is Coach has given me the opportunity to have that ball. Luke [Ridnour] is a long-time friend of mine and when we’re on the same team, he knows my capabilities. … I think one of my greatest strengths was being able to create in the pick and roll. A lot of 2 guards aren’t used to having the big guys that can handle the ball and create off the dribble. That’s still one of my strengths.”

What have you seen from Derrick Williams, a second-year guy that was hurt by the lockout last year?:

“I didn’t get a chance to watch him very closely, but being with him the last month or so, I know that he’s extremely talented. There’s a number of places you can put him out on the floor. The message, for me, kind of being an older guy, that I want to get out to him is, ‘Don’t get caught up in are you playing the 3 or playing the 4?’ Just go out there and be effective. … My whole thing with him is don’t get caught up in the labels or positions, just go out there and dominate.”

Do you think driving to the hoop aggressively can still be a part of your game?:

“Yeah, that’s a big part of my game. … If I’m able to make a move on a guy and get a step, my first mindset is to get to that basket and draw a foul or draw some kind of a response where we create a shot for our team. That’s a huge part of my game. If I wasn’t able to get to the basket and have confidence in doing that, then I wouldn’t have tried to make this comeback. That was the first thing that I told myself, ‘Can I still create and get to the hoop?’And I’ve been able to do so. I don’t want to just sit out there and settle for jump shots.”

Will you be on any kind of a minutes limit to start the year?:

“I’ve been asked that question since I came to town and signed the contract. Me and Coach are going to talk about it. When he brings it up, I don’t know yet, but I may go bump him on the shoulder and say, ‘Do you have any idea how much you’re going to play me?’ We’ll have that conversation. We’ll do our best to try to somewhat keep it in house. We don’t want other teams preparing and saying, ‘Brandon’s only going to play this much.’ … I’m sure he’s going to use me as best he feels and I’m on board.”