Brandon Roy may be one of the most underrated players in the NBA.  When he came out of Washington, he was overlooked by a number of teams and I don’t know if anybody really expected him to get to this level in his career.  However, even though he doesn’t get the kind of recognition that he probably deserves, Roy is a perennial All-Star, he’s a franchise player and the team’s number one option at all times.  One thing that can change how a player is viewed in the NBA is winning.After making it to the playoffs for the first time since 2003 a year ago, the Blazers were bounced in the first round by Houston and it was a loss that left a sour taste in the mouth of every Blazers fan and every player.  However, by getting to the playoffs, a young team gained valuable experience and there are high hopes for an even deeper playoff run this season in Portland.  Even though Portland is a very talented team and maybe even one of the deepest teams in the NBA, Brandon  Roy is the leader, he is their best player and the way that he plays this season will go a long way in determining just how good of a season the Blazers will have. Brandon Roy joined KFXX in Portland with Isaac and Big Suke to talk about how excited he is to get the season started, the expectations of the team this year, becoming the Blazer’s leader and his comments about being on the Olympic team. 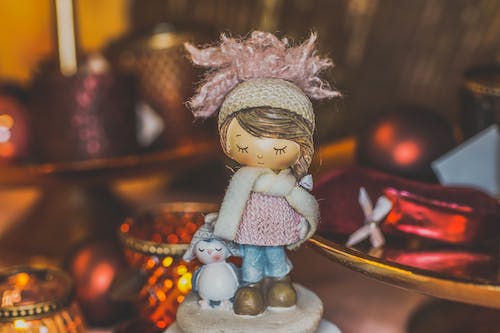 On how he is feeling about the preseason:

“I’m good, I’m good.  Just trying to get through this preseason.  The funny thing about it is once we’ve gone to the playoffs and we’ve seen that intensity, guys are just ready to make it count.  I think we are doing the best we can to stay healthy and gain as much chemistry as we possibly can before the regular season starts.”

On whether or not Coach McMillan asked him about the lineup:

“Well we talked about it and he asked me what were my thoughts on how the team was playing.  I said I think we should go back with the starters that we had from last season and try to establish some type of rhythm because we just felt like we haven’t had one.  He said I think that’s a good idea.  That doesn’t mean that Andre (Miller) can’t get into the starting lineup or Greg (Oden) can’t break into the starting lineup.  It’s just saying this is how we’re going to start and guys have to fit into what we did last year instead of trying to create this new identity because it’s been a struggle for us.  We’re gonna try and get back to what we did best which was last season Steve Blake out there and me playing the pick and roll and going inside out with LaMarcus (Aldridge).  Then with the new guys coming in, fill in and try and do what we did best which was a lot of pick and rolls, somewhat of a perimeter team and then when Greg comes in we’ll go inside.”

On whether or not he thinks Greg Oden has earned a starting job for the Blazers:

“Um I think Greg has done a wonderful job as far as how he’s been playing and how he’s been attacking that basket offensively and giving us that post presence.  It’s really not up to me to say whether he’s earned that spot yet.  I think he’s done a terrific job of playing well but I think Coach has to look at the big picture of is the team playing well.  I think he’s going to try and put the best lineup out there on the floor that’s going to help this team win as many games as possible.  It may be Greg or it may be Joel.  I think the message I try to get across to the team is if it is Greg, we need Joel to play great off the bench.  If it is Joel, we need Greg to play great off the bench.  The same goes for Martell and Nicolas.  You can’t think because a guy is starting, you let down.  We need you to play even better.  If it’s Greg, I think that’ll be fine and Joel will have to bring what he brings for us off the bench.  If it’s Joel, then Greg has to continue to perform the way he has.”

On becoming a leader:

“I think I’m more comfortable in this position this year more than ever.  Being a young player in the NBA is so tough because there are so many obstacles you have to overcome.  I think the biggest thing is now I know where teams are double-teaming.  I’ve pretty much seen all the reads from the previous three years where now I know exactly where to get the ball.  Then in the locker room, these guys are so great it’s not hard for me to lead this team.  I don’t have to challenge guys as much as maybe some other teams because everybody on this team wants to do the right thing and everybody on this team wants to win.  It’s easy for me to step up.  Plus I’m comfortable with myself and how to get my game going that I feel like I can start to reach out and help guys and just lead from not just example, but I can lead more vocally because I’m comfortable with where I’m at in the NBA.”

On playing for the Olympic team:

“I mean that’s kind of one of the toughest questions that I’ve had to answer.  Of course I would love to play for the Olympic team but the hardest thing for me to do is to commit a year in advance or two years in advance because I just don’t how my body is going to feel at the end of the year.  Some guys are blessed with those bodies where they can play basketball every day for years, but I don’t have that kind of body.  I have to be smart and make the most out of every time I step out onto the court.  It’s always been a dream to be able to represent this country and play for the Olympic team, but at the same time, I feel like I can only make that decision if it’s a month ahead or weeks ahead because I’ll know how my body is going to feel.  I can’t predict if I’m going to be sore at the end of the year, but I know my body feels great now.  I’ve taken more time off of basketball than I ever have.  It’s kind of one of those 50/50 things.  I know next summer if I feel good and I want to play for the Olympic team, then I’ll definitely do whatever I can to play for that team, but if there nothing driving me to say ‘Brandon you have to be on that team,’ then I will relax and continue my focus on trying to help this team win a championship.”